Music at the lake: Just Jinjer 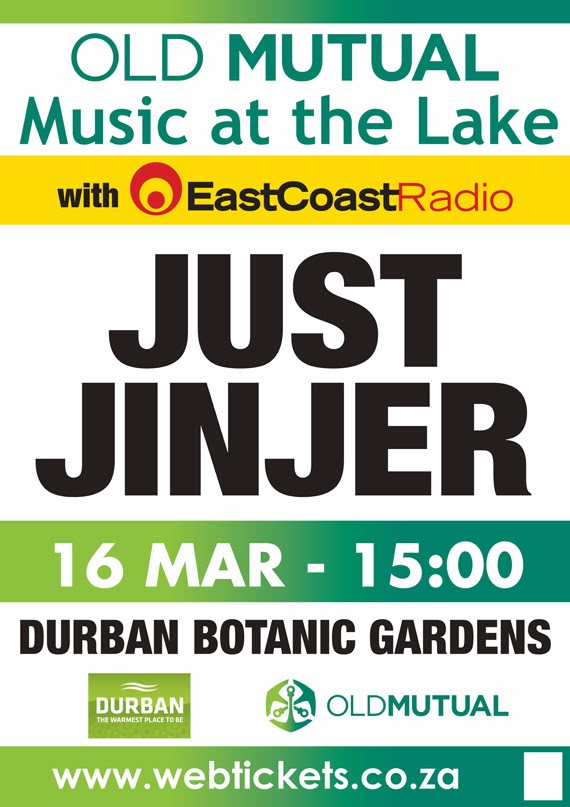 Just Jinjer is a house hold name in SA Rock music, the band which was formed in 1996 currently consists of Ard Matthews, Brent Harris and Denholm Harding. The band has released a number of chart topping singles and are one of the top selling rock bands in South Africa with over 250,000 units sold. They have performed and toured with some of the best in the business, like U2 and Counting Crows to name a few. This Sunday, 16th March 2014 see's them play live at the Durban Botanical Gardens which forms part of the Old Mutual 'Music at the Lake' series. Just Jinjer are the second band to perform this year, first being Gangs of Ballet on Valentines weekend who played out to a sell out audience. The organisers are expecting a similar response this time round so get your tickets fast!