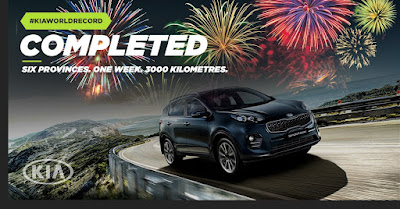 Last week Friday saw the start of what was to be an epic 6 day journey for the brand new KIA Sportage which officially launches in South Africa this morning. I was lucky enough to be one of the select few to take part in this World Record attempt and being one of the drivers to kick off the first leg from the Umhlanga dealership to the next dealership stop in the Durban CBD. It was a wet morning that greeted the team but it was to be showers of blessings for the trip ahead. Everyone from the team was full of excitement and looking forward to what the next 6 days brought. After a quick briefing and cup of coffee courtesy of Vida E Caffe who were one of the official partners of this record, it was time to jump into the brand new KIA Sportage. 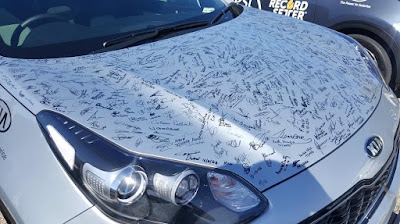 From the outside, the car looks fantastic! It brings about a new design change in the KIA range and a good one at that. Compared to the old Sportage, the new one has bolder accents, bigger wheels and is a bit more raise. On the inside KIA spared little, great quality finished, full colour touch screen interface with sat-nav, electronic seats, full glass sunroof and steering wheel controls. Not much was told to us about the new Sportage as all the details will be revealed in the launch today but from what I could see, it certainly looks like it will be a firm favourite in the SA market for mid sized SUV's. The test drive also saw KIA SA give back to the various communities the convoy passed through, donating stationary to underprivileged schools was their main objective. 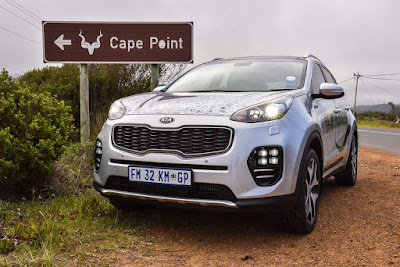 After the mammoth journey, which consisted of many stops around the country en-route to Cape Point, the road test finally concluded yesterday. Officials from RecordSetters in the USA were on hand to register this feat as well as handover the official record set by KIA Motors South Africa for the World's Longest Test Drive, Christo Valentyn of KIA SA was on hand to receive the accolade. It certainly is a great accolade to have and to be a part of it makes it all that more special. The car itself is amazing and I cannot wait to see them on the roads as they're certainly a stunner! 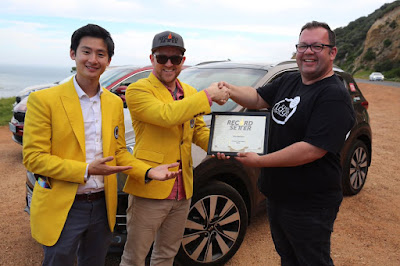 Pricing for the new KIA Sportage: