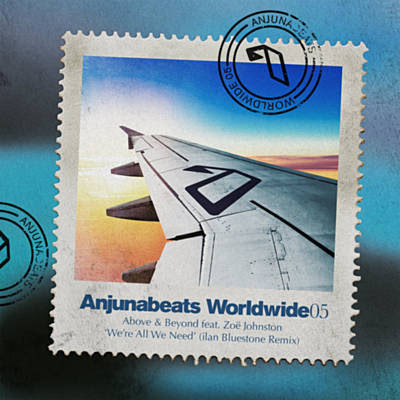 In celebrationn of ABGT200 which was held in the Ziggo Dome last weekend in the Netherlands, todays featured track is a remix of their single "We're all we need" which was released last year on their Anjunabeats label. Done by Ilan Bluestone, who  has done quite number of remixes of their tracks for ABGT200 but not many have been releaased yet. I actually wanted to feature another remix of his but its not out yet so we're going to have to wait for that one but this one is equally good even though it's over a year old.