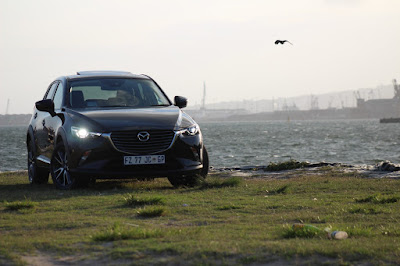 I'm starting to take a liking to the now ever popular "SAV" - Suburban Activity Vehicles, while they're aren't as big as SUV's they're not small either, so it offers the occupants a great spacious interior and of recent most of the models that are being released look damn good too! Take for example today's reviewed car, the new Mazda CX3, based on the Mazda 3 platform, the car is higher, just a bit wider and looks fantastic. It looks sort of like a big, raised hatch back but with Mazda's Kodo design language, the edges, lines and angles on the car just give it that cutting edge look which is distinctive of the brand. Driving the car over the next 7 days proved to be quite fun as you will find out and seeing what Mazda has to offer in terms of optional extras for a car like this was pretty impressive. 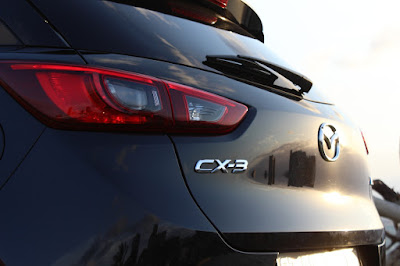 Mazda's design philosophy and language "kodo" means a car isn't simply a mass of metal but they believe its more like a living creature. Hence the design team creates a design that is so much more than just aesthetically pleasing to look at but actually creates a bond with car and driver. I know it's a lot to take in but from someone who has been passionate about car design their entire life, I get that. While I still think that Mazda need to let more creativity flow down from their concept to production cars, what they're doing at the moment is great. The CX3 doesn't differ too much from it's bigger brother the CX5 which I reviewed a little earlier this year, while the CX5 did have better design lines and angles, the CX3 still looks damn impressive. The car looks bigger than it actually is, so if driving big cars daunts you, don't be too intimidated by it. On the inside, it's practically a Mazda 3, all the creature comforts of a sedan, but in a more spacious environment. 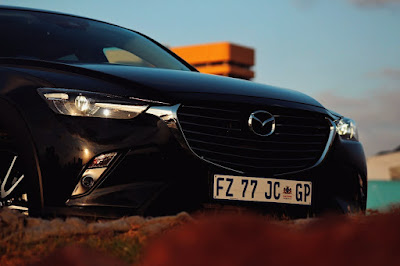 The 2.0L engine that I had in the CX3 was surprisingly lacking at times, especially on open road driving., even being on the coast I felt that at times I struggled to get power out of it. With me fighting to get some speed, this did impact the fuel economy a lot which saw me having to visit the petrol station after doing just 483km. I suppose it's not entirely bad given the size of the engine but just in terms of response from the car, I was expecting more. The 4 cylinder Skyactiv-G engine derives 115kW and 204Nm of torque which is adequate for city driving. 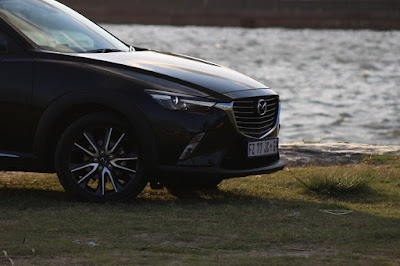 With it's bigger frame, the CX3 is much more spacious than regular hatch backs, there is plenty of space in the cabin for 4 adults. The luggage space is also quite decent with you being able to get as many bags as passengers in there, which also meant there was enough space for a set of golf clubs. Tech wise, I was pleasantly surprised to see the CX3 had just as much toys as the CX5, with a quality Bose sound system, sat-nav, easy to use infotainment system, bluetooth telephone/ audio, USB and Aux inputs. The car also came up with a heads up display giving you critical info when driving. The car also comes with collision detection, which also brakes for you if you unaware of oncoming danger. 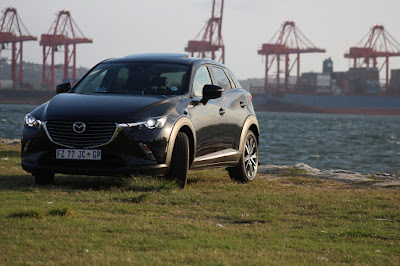 While I did complain about the lack of power at times, I've been known to have a heavy foot so others might not have the same issue as me. The car is built really well, looks pretty awesome and really appeals to everyone out there even though the styling might favour the youth. The automatic gearbox could do with some work but if you shift into manual mode and use the paddle shifts, it does give you a different experience, even in sports mode. With the pricing of the CX3 being very competitive to the market, Mazda have something special here which sales figures are already proving to be true. 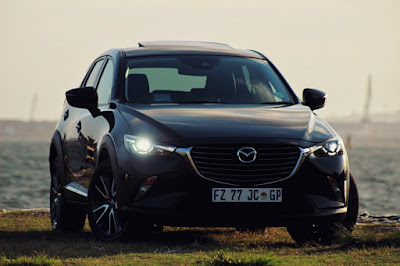 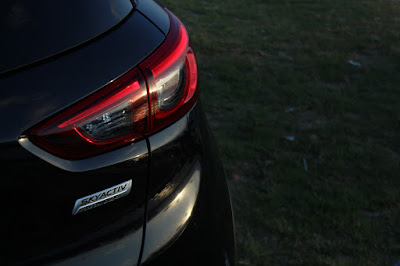