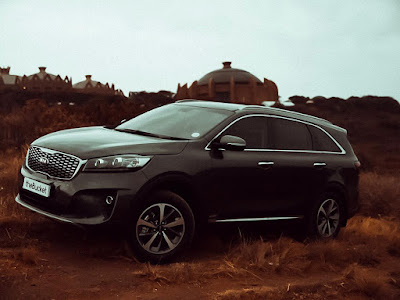 When it comes to the Korean manufactures, there was just something about KIA that had me drawn to the brand. Their cars from the onset were different, more practical and I suppose as close to the German rivals as possible. After the arrival of Peter Schreyer, formerly of Audi as their Chief Design Officer, this just enhanced brands European styling and appeal. The models that KIA churn out slot in a various array of segments, from budget, all the way up to luxury, sporty and commercial. Late last year I got to sample the revised range topping SUV in their stable, the Sorento. Having driven the model prior to the update, I felt that while it was a great package, it was lacking quite a few elements to bring it up to speed with the competition, so it was time to find out if KIA did add these in to their latest offering. 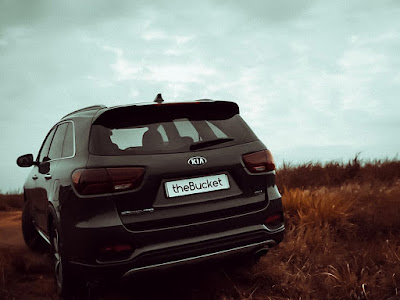 With the Sorento, the shape has remained the same for many of the generations but as a newer model comes up, there are more curves and rounded edges. This latest offering remains predominantly the same in terms of design but minor changes and updates give it that refreshing look. The grille is finished in a chrome silver and there are some trimmings to match in the front. The headlights now are LED's which give it more character and detail, same goes for the rear lights. The front bumper is more edgy and gives off that menacing look. Being a 7 seater, the Sorento is a big vehicle but the design does well to not make it look bulky, the contours and flow of the windows give it that coupe like swoop on the side profile and the new diamond cut rims. Moving on in the inside, here is where you can notice the German influence, minimalistic but functional design, everything is where you expect it to be and easy to reach for the driver. 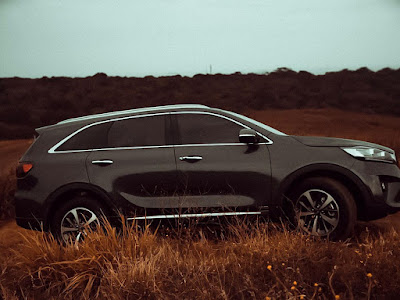 The model I had on test was the AWD 2.2 CRDi, Turbo charged, in-line 4 cylinder, 16 valve with the 8 speed automatic gearbox. The engine is standard across all models in the range and produces 147kW @ 3800 rpm and 440Nm of torque to haul the big body from standstill. While it may be big, the torque compensates for the size and weight propelling the Sorento from 0-100kph in 9.4 seconds which isn't bad for a 7 seater family SUV. The Sorento picks up speed well when on the open road and the light steering wheel makes it easy to maneouvre around. The car is well balanced and you don't get much body roll when taking bends at high speed, this is thanks to the MacPherson Strut & Stabiliser suspension in the front coupled with the multi-link rear suspension. While KIA doesn't make much comment on the average fuel economy, I was getting about 9.5L per 100km with mixed driving which isn't bad for a car of this size 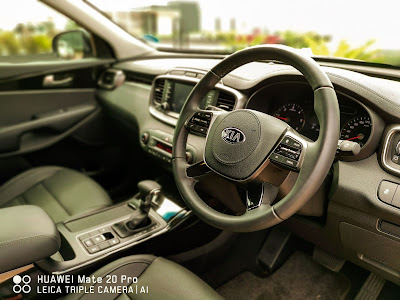 Overall size of the KIA Sorento is quite big, with it measuring 4.8m in length and 1,9m wide with a height of just under 1.7m which gives it more than enough space on the inside for its occupants. The seating is a 40:20:20 split rear seat folding configuration. The driver and front passenger seats are very comfy and wide for more support, the second row of seats is pretty similar to the front and surprisingly the two fold away seats in the last row are quite spacious. The entire cabin air temperature is controlled by an automatic climate control, making sure every is comfortable in the car at all time. In terms of tech offerings, the KIA Sorento now comes with a 3.5" TFT touch screen which has built in SatNav and Bluetooth audio/ telephone. It also benefits with the Apple Car Play and Android Auto apps, so your mobile device fully integrates with the car.  The Sorento even has a wireless charging mat should your device has wireless charging capabilities, simply just place the device on the mat and it will charge as you drive. 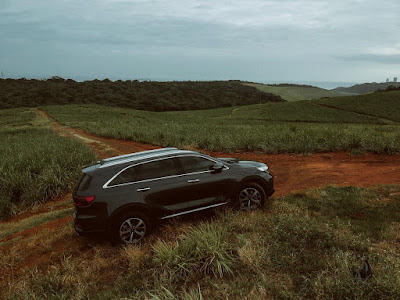 With SUV's becoming the choice of many on the roads these days, and the market growing ever so popular, it's good to see competition coming from all parts of the spectrum. While many wouldn't rank KIA as a luxury brand, I think they're doing well to convince the buyers otherwise. Their cars are built well, have offerings that can rival any of the German brands, and are a heck of a lot cheaper as well. The KIA Sorento is very well priced, coming it at R579 995 for the 2WD LX derivative and the model I had being the AWD 2.2 EX starting at R649 995 with pretty much everything standard. It's spacious, comfortable, solid drive platform and looks great. Overall if you looking for a 7 seater SUV or even a slightly larger than your medium ones, with loads of trunk space, this is the car for you. The engine is great, gives you great return on your fuel when doing urban driving and has a solid service plan of a 5 years/100 000km as well as a 5 year unlimited kilometer warranty. 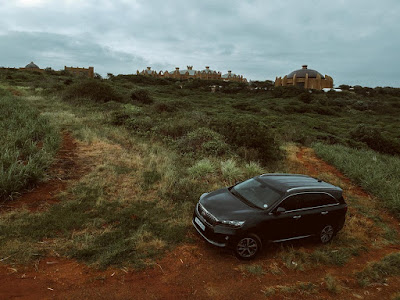 Pictures by @YuviKPhotography
Posted by Amith at 2:25 PM