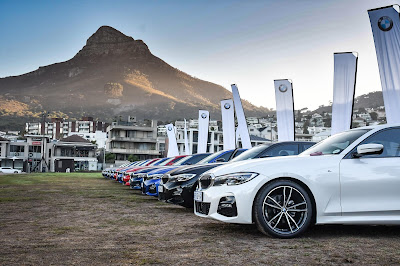 The love affair between South Africa and the BMW 3 Series still continues even if the now G20 model isn't being produced at Plant Rosslyn. It's not only an important car for South Africa but the world and the German manufacturer knows that pretty well, which is why they invested so much time and energy into perfecting the product that hits the roads. Over 15,000,000 BMW 3 Series have been sold world over since it's introduction in 1982 and while it's probably the most common BMW on our countries roads, South Africa doesn't even feature on their major markets buying map of the car. That is how impressive the sales of the car is world over, with Europe, China and USA making up the top thrree. I was lucky enough to attend the local launch of the new BMW 3 Series last week in the picturesque Cape, where I got the opportunity to put the two launch model engines to the test along some of the countries most beautiful and challenging passes as well as the dreaded Cape Town city traffic. 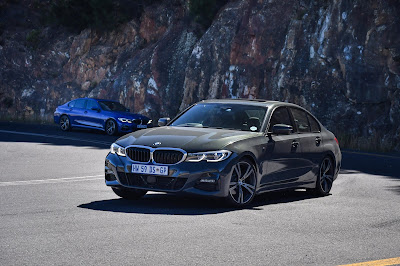 As mentioned before, the new BMW 3 Series is being launched in only two engine variants for now the 320d and the 330i, with others due to land on our shores during the course of the year including the mighty M340i xDrive. When it comes to design a car that's so important to the brand, very little risks are taken as to not upset the majority but BMW were less conservative and rather bold with the design on the G20. A remarkable change from its predecessor and once you see it in the metal, it's fair to say they've knocked this one out the park. There have been various comments online about the rear bearing a resemblance to another German brand let me assure you it is far from it and ties in well with the new BMW design language which we see on the new X4 and soon to be launched 8 Series. 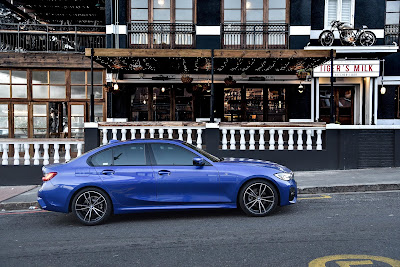 It's visually striking and no doubt turned many heads while driving around. I love the new face of the 3, it has power and presence but most importantly it has it's own identity and not just a "baby 5 series" which consumers will value as it is a brand new product. BMW have designed the car on three pillars, which was mentioned in the press conference but the wind distracted me a bit but its primarily driving dynamics, premium quality and innovation. All which BMW have gone into great detail to get right for the 7th generation 3 Series. Once you're in the car, the new interior design style immediately has you in love with the car. While BMW continues with their minimalistic approach  to their interiors, it has enough to wow anyone. The trimmings, finishes are of high quality and with the various textures and trims to chose from in the range, designing your ultimate car would be as fun as driving it. 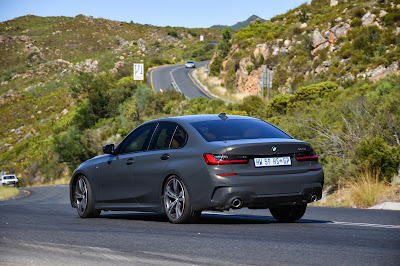 On the road, the 320d was pretty much what a 320d is meant to do, a no fuss, fuel sipping gem with that added extra kick to get you places a bit faster if needed. I wanted to drive this engine first as I would feel its the one the market would tend to go for, seeing how well it done in the previous generation. The car is extremely well balanced, so going through the twistys proved to be quite fun, with the high toque in the diesel, you did feel the front end go in at the corners but the car was always beautifully poised to exit. On a straight, the 320d's acceleration is standard another nothing to write home about, given the car is much heavier than the out going model, you would feel that the car is slightly held back by the extra weight. Overall, the 320d's performance on the road ticked all the right boxes for me, its comfortable, a delight to drive and that fuel efficiency is unrivaled with  you being able to get over a 1000km on a tank when driving long distance. 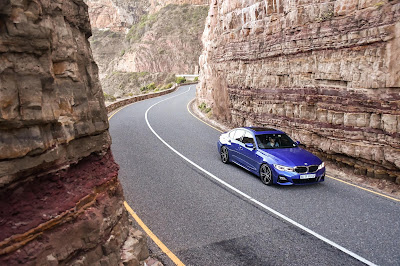 The 330i is a different beast altogether, just by the tone of the dual exhausts on the back you know this one isn't here to pussy-foot around. With the 4 cylinder petrol engine, it just purrs as you fire it up, engage sport mode and floor, it will have the hairs on the back of your neck standing in astonishment. The 330i can be brutal when the need arises and couple this with the M Sport gearbox with the paddle shift and it will take the enjoyment of driving it up several notches. The car just feels more lighter and nimble than the 320d but I support with the lack of the lag on this one, the petrol engine was always going to feel more nippy. Navigating through traffic with the 330i was seamless, as it even though its a rather big sedan, it manages to slip into the gaps with ease. 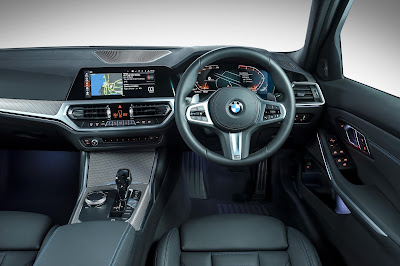 Technology wise, this new 3 Series has all the bells and whistles, so you don't have to own one and look at the 7 to see all the fancy toys. It's also one of the first models BMW have added their autonomous tech too, I didn't get a chance to test it out as the cars I drove didn't come with the option but I'm hoping the test car will have it. The BMW 3 Series also has a digital instrument panel, a key change in the BMW design going forward. It does away with the round ones and mimics the styling ques of the kidney grille. It also displays other information like sat-nav, media and other info that might be needed to see. The new 3 Series also has laser lights, which is something to see in itself. Extended luminance range to up to 4x to that of LED! BMW have also launched a personal assistant with the new 3, which combines AI and user preferences to assist you where it can. So for example if you need it to set reminders for you, navigate you to a specific destination or just keep you entertained on the drive, it will, just have to ask! It's prompted by saying "Hey BMW," but you can change the trigger word to whatever name you would like. 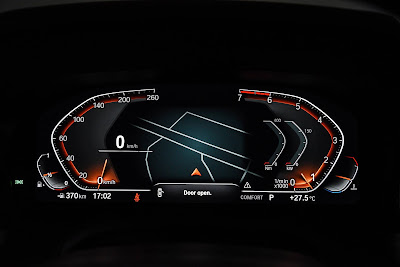 BMW needed to up their game with this new 3 Series and I think they did, not only did they up their game but surpassed peoples expectations. The new 3 Series is certainly worth all the hype and even if any of the launch engines are not for you, I'd recommend you keep an eye on when the one you'd like is due to be launched.  I know there is a lot expected from the M340i xDrive which has gotten loads of attention across our shores but for what we have now, these have already left a lasting impression on me, I can only imagine how good that is. BMW also listens to market trends which is good, so in terms of packages for the new 3, you get Standard, Sport and M Sport to chose from. BMW have some great launch deals on both the 320d and 330i with M Sport packages, so I suggest prospective buyers take advantage of these great prices before the predicted price increase in April. 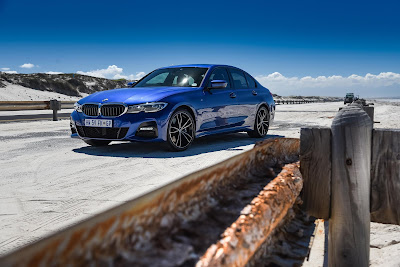