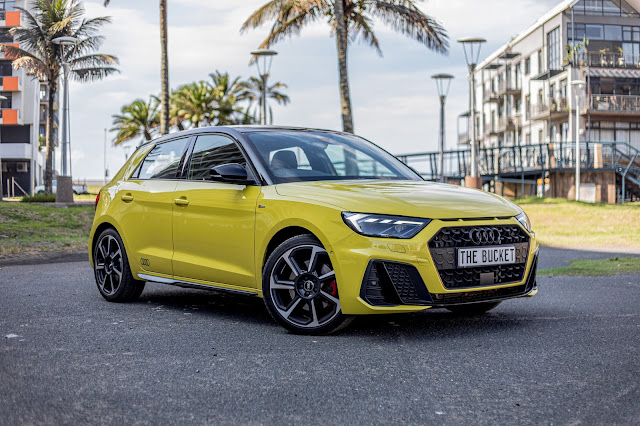 First test car to roll in for the 2020 year, was none other than the funky and spunky all-new Audi A1 Sportback. Interesting that they would call it a sportback because it's a hatch, sportback is normally reserved for a sedan come hatchback but hey, I'm not the lord of naming conventions so I'll go along with it. The A1 has always had this bad rep in South Africa of being a "glorified Polo" in certain aspects it does share a lot with it's Volkswagen sibling but don't be easily fooled, it's very much an Audi in more ways than one. During my time with the A1, I took it as an opportunity to show people why it's got it's own character and how Audi has evolved with this model in it's second generation. 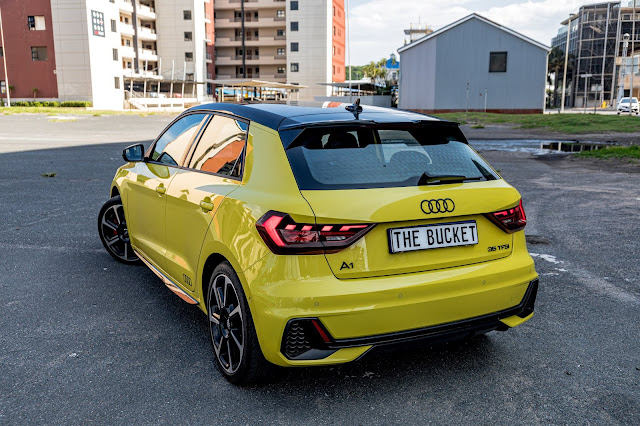 The A1 is the first in the long model line up of the German brand, small in size but must appeal to the younger trendy market, Audi got the design for the new A1 spot on. It's more modular than the older shape, has bolder accents, straight lines and very modern in looks. Picking up on the funky nature, Audi kept the trend with the dual paint work on this one but the colours offered are directed at the younger drivers, the car I had came in python yellow and until you see it in the metal, nothing can do this colour justice. Audi's latest design language incorporates the use linear lighting, with LED cluster forming the top edges and extends to the side of the front head lamps. The new grille is much bolder and in the S Line trim was completely blacked out as well as the four rings badge. A new aspect to Audi's design is the air inlets just above the grille. This adds a sporty character to an already sporty looking car. The diffuser is sharp and striking with inserts and slats in place to give it more dimension. The S Line trim came with side splitters in black and a much more bold rear diffuser with added fake vents which just bring more character to the overall look. The A1 came fitted with 18" dual tone  multi-spoke rims in black and silver, with a nice turbine like flow to it. On the interior, it's very much keeping to the trend of what you will find in all the new Audi models, a large 12" touch screen display with the virtual cockpit as an optional extra. Everything well laid out and easy on the eye. 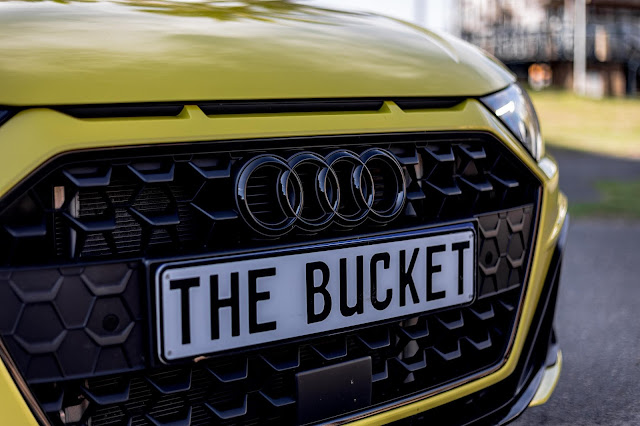 This particular model was the 35 TFSI, while not the most powerful in the line-up, the 1.5L turbocharged engine was pretty lively. The power output for the motor was 110kW and 250Nm of torque so its a pretty nippy off the line, giving you a 0-100km/h speed of 7.7 seconds. Ride quality wise, the car seemed pretty stable and very little cabin noise, the car did feel a bit light if you had to compare its German rivals, this by no means a compromise on quality but probably something Audi has done to keep the weight down on a small car like this. Turning circle on the A1 is pretty good so you can navigate out of tricky spots with ease. Highway driving was was solid as expected but its on the urban routes that you will have the most fun with the A1. It has a small tank, 40L but with proper driving will give you over 500km on the tank. 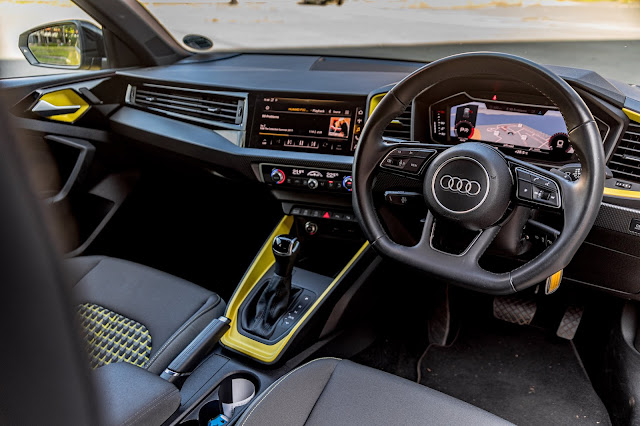 People look at the A1 and say it's a small car, and they're not wrong but surprisingly it is quite spacious on the inside. I'm a big guy and sat quite comfortably in it, even with the body hugging sports seats. It came with cloth seats with a scotch finish, which didn't just look cool but was pretty comfy as well. The car comes with dual-zone climate control, all easily accessible from the large infotainment screen. It came with all the bells and whistles which included self parking, rear view camera, Bang & Olufsen sound system and as mentioned before the virtual cockpit with sat-nav. Bit disappointing the A1 came with the conventional flick key, turn start convention, you would expect it to be standard on high end luxury cars by now. Also there was no sunroof, something I'd think they would have spec'd on a press fleet model but didn't, it did however give me the chance to marvel at the change in roof dimension on the inside. Another thing I would have like the A1 to have is auto fold mirrors when locking, the car did have electric folding mirrors but have to be manual selected while the car was switched on to operate. Maybe there was a setting hidden somewhere in the infotainment settings. 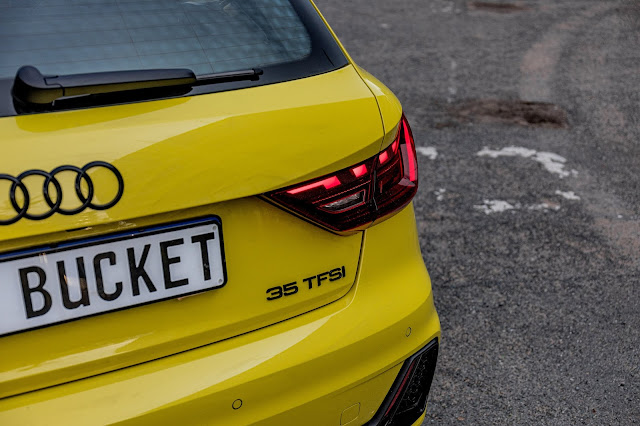 Overall, the A1 is what is says, an exciting entry level model by the brand, that appeals to the youth and is as playful as their nature. It gives the prospective buyer choice in how they would like to style the car, right down to the type of seat covers you want. It's fun to drive, light on fuel and easy to park which lets face it, is a major hurdle for younger drivers. If there's one thing I have to pick on, it's the price tag. This particular model I had was priced at R477,000 at base with this particular car being priced at R580,000. That's quite a bit of money to be spending on a small hatchback, maybe that's why they calling a sportback? Then again, you're getting value for money in the car, some of the tech offered is much more pricey in other brands but the way Audi have done it much more better and easier to use, again, appealing to the young at heart. I don't think Audi will have problems selling this particular model, based on looks alone it will sell but getting skeptics behind the wheel will definitely change their idea of it, and yes it is nothing like a VW Polo so lets not mention that again. 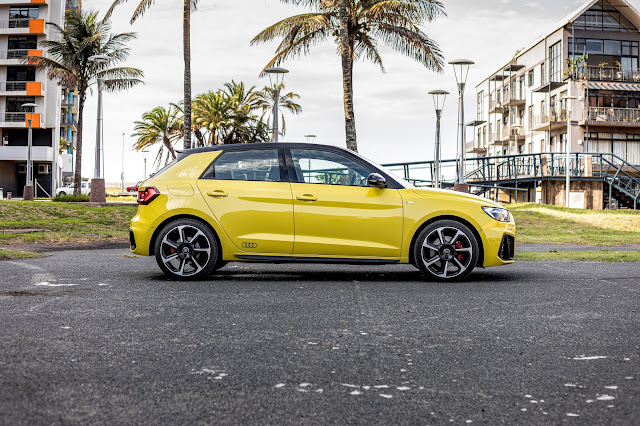