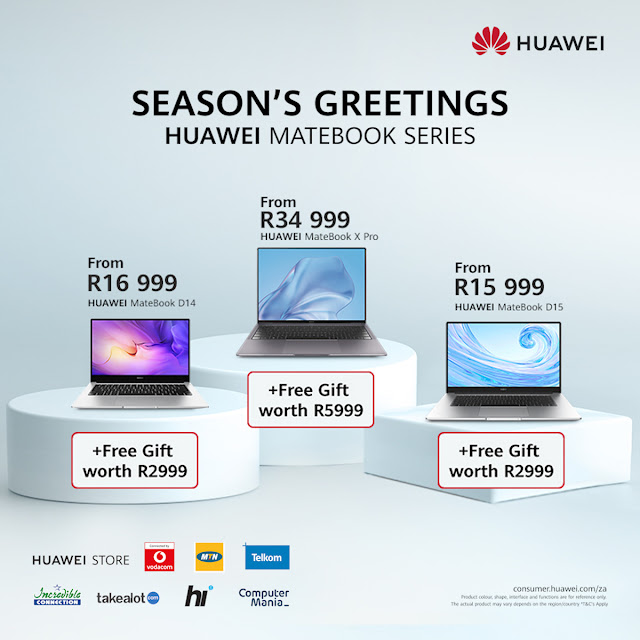 With the advent of mobile productivity and an increasing demand for high-performing laptops, users today need laptops that they can rely on with regards to performance, portability and value for money. Huawei has realized this pain point with consumers and constantly works on updating its product lineups with new devices to serve the purpose in every scenario, as part its commitment to provide users with innovative products, Huawei has introduced new devices into its laptop lineup that expands its range of options to strengthen its position as a user favourite.

The lineup packs in flagship laptops, such as the HUAWEI MateBook X Pro and its smaller variant, HUAWEI MateBook D14 or D15, . The series also offers all-round performers at a friendly price point with top value such as HUAWEI MateBook D series. This allows users from all walks of life to pick the right one based on their requirements and budgets.

The top flagship segment consists of the HUAWEI MateBook X Pro. The top-of the line laptops combine extreme portability, immersive viewing and cutting edge performance that aim to give consumers an overall premium experience. These laptops epitomize the signature design and elegant craftsmanship that Huawei is reputed for with both laptops being extremely light-weight and ultra-thin, making it the perfect choice for professionals who demand power-on-the go. Both run on top-notch hardware with 10th generation Intel® Core™ i7 processors along with NVIDIA® GeForce® MX250 for optimum graphics. Putting it all together, the flagship laptops deliver a smooth experience in every scenario from graphic and video editing, to gaming and multimedia content consumption.

Another category is the laptops with top value, which include the HUAWEI MateBook D series, which comes in two variants of HUAWEI MateBook D 14 with a 14-inch display and a larger HUAWEI MateBook D15, which comes with a 15.6-inch display and packs more storage. These value driven laptops is aimed primarily at students but also packs enough power to go through the day. Users have the option of choosing using an AMD Ryzen 3000 series processor with a Radeon Vega graphics card for striking visuals. Both configuration options are powerful enough for all daily tasks, along with web browsing, video playing and even entertainment needs. Keeping in mind all-day performance, the HUAWEI MateBook D series use a 65W Type-C charger that can also be used to charge up user’s smartphones. This laptop can support 10 hours’ office use, 9.5 hours video playback and even 9.4 hours for web page browsing. All of this at a friendlier price point, making innovative technologies accessible to more users.

Each laptop is Huawei’s lineup aims to provide users with the best solutions, be it the different types of user or even the scenarios they would be in. By providing all kinds of users with laptops that are designed specifically for them, Huawei has been able to cement its position as one of the go-to solution for laptops.

All the MateBook Series could be purchased from Huawei online store, Vodacom, Telkom, Incredible Connection, Computer Mania and Hi store.