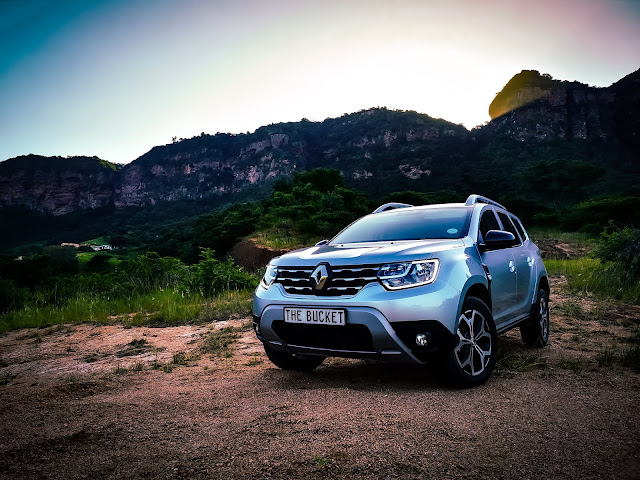 Since the launch of the Renault Duster back in 2009, it's been shaking up the SUV/ Crossover market. Coming in as a cheaper alternative and well equipped off-roader its been a firm favourite to many, as it was practical, well built, comfortable and more than capable to tackle most of the challenges thrown at it. With this latest model range, which has seen it expanded to five variants, offering 4x2 and 4x4 models with manual and automatic gearboxes. I had a chance to experience the 1.5 TechRoad for a week, and as per usual, this car just delivered in leaps and bounds. While it is aimed at the lower end of the spectrum and normally badged as a Dacia in Europe, the Duster still encapsulates the Renault ethos which dispels the whole "French car reliability" myth as this thing just keeps going. 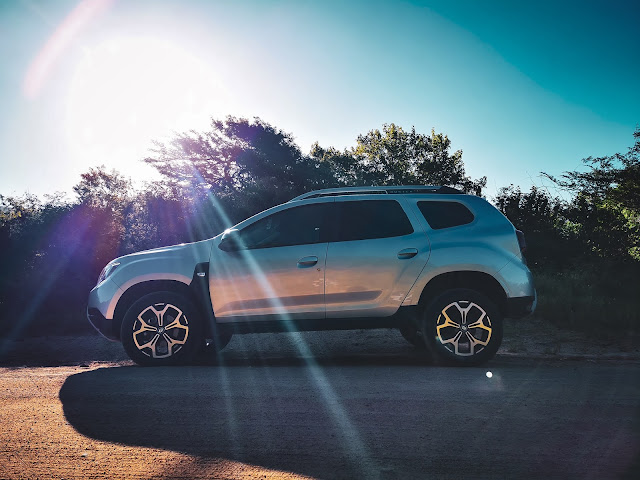 DESIGN
While the design of the Duster hasn't changed dramatically over the years, the car has grown in stature and looks. Cosmetic changes and nip/tuck to the shape has made the Duster look more robust and bulky, all the right looks for an off-road vehicle. The change in the LED headlamps enhances the cars appearance during the day as well as this particular model having the front and rear bumper scuff plate greyed out, giving it a bull-bar look, making the car look more aggressive. This model also comes with five-spoke 17" alloy-wheels, along with the elevated ride height does make the Duster look pretty imposing when looking at it from the side. Overall the design is very clean and well put, making the car very pleasing on the eye. The interior is also well put together, again not much changes apart from some added accents and colours to give it a pop. 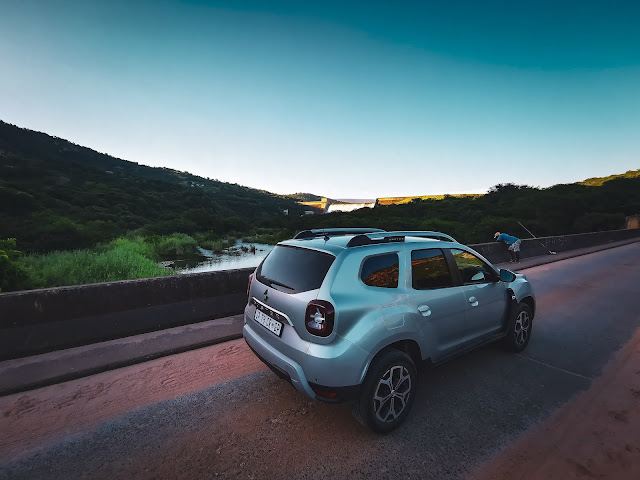 PERFORMANCE
The TechRoad comes with Renaults diesel turbo-charged 1.5L 4 in-line motor, this delivers 80kW of power with 250Nm of torque. While this motor does seem tiny, coupled to the 6-speed EDC automatic gearbox, the pairing works very well. Whether is urban driving, on the freeway or on gravel the Duster seems to cope well with its surroundings, with minimal fuel consumption which Renault claim to be 5.2L per 100km, I was getting mixed use driving around 6.1L per 100km which still is rather good in my books and translates to over 700km from the 50L tank. While the TechRod isn't a 4x4 it still offers minimal off-road assistance and can tackle a bit more than what others can when venturing off the beaten track like hill descent control, reverse camera, rear park distance control sensors and cruise control. 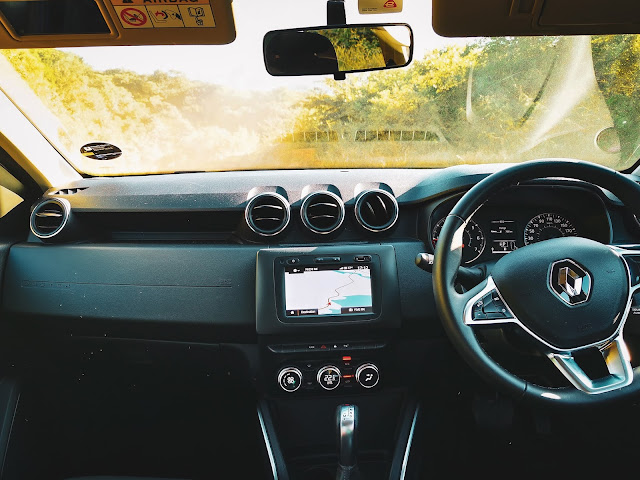 COMFORT
As mentioned before, the Duster isn't aimed as your luxury offering but it still managed to give the driver and the occupants a rather comfortable ride both on and off-road. The seating is finished in cloth material but one can notice the extra padding which helps absorb the bumps. The driver seat is height-adjustable with lumber adjustments as well. A pull down arm rest is also installed to make those long distance drives more comfortable The car has single zone aircons which does a great job even on in the Durban humid climate. The Duster has the 7" Media Nav Evolution infotainment with integrated navigation as well as hands-free Bluetooth connectivity. This also comes with built-in mobile apps such as Android Auto and CarPlay for plug and play ease of use. The boot is rather spacious with 478L of loading space to utilize. 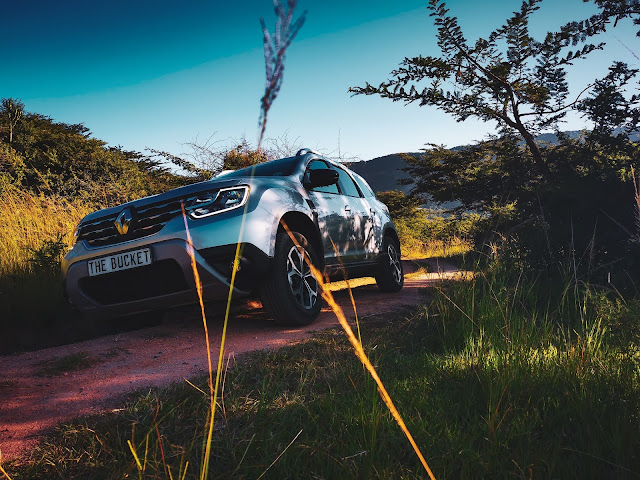 VERDICT
Overall, the Renault Duster is a maverick for its segment and while the changes to the models come frequent to their range, it only shows that the brand is committed to giving the end user the best it has to offer. The Duster has proven time and time again why it is the bang for buck best off-road vehicle and this latest model just keeps the tradition going. While there may be many more newcomers to this segment, I've yet to meet an unhappy Duster owner and that says a lot. After having spending seven days with this car I can honestly say I was just as happy with the car.