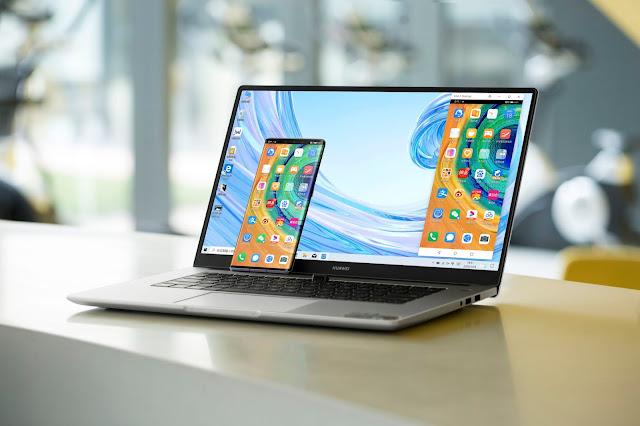 Huawei has now launched the newly upgraded HUAWEI MateBook D 14 i5, powered by 10th  Gen Intel® Core™ Processors, which deliver a significant boost to performance and make PCs smarter than ever before. From online learning and working from home, to all kinds of multimedia entertainment, the HUAWEI MateBook D 14 i5 fulfils young people’s needs at every level.

The HUAWEI MateBook D 14 i5 has not only been upgraded with the  Intel processors, but also with NVIDIA® GeForce® MX250 discrete graphics card , which allows the notebook to handle a wide variety of complex image processing tasks with ease, with 3.5X image and video editing & processing speed acceleration compared with integrated graphics cards 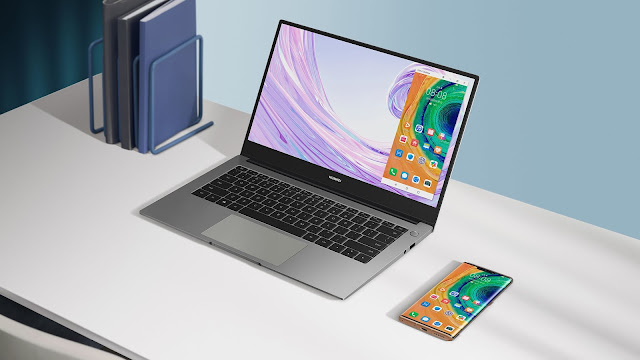 This laptop also provides innovative technologies such as Multi-screen Collaboration, Fingerprint Power Button, and a high-capacity battery. The HUAWEI MateBook D 14 i5 is no longer just a productivity tool; it is an indispensable companion for young people in all aspects of their lives.

The new HUAWEI MateBook D 14 i5 continues Huawei’s “Pure Shape” design philosophy, with a simple metal body and refined lines, resulting in a seamless and exquisite overall appearance. The notebook is available in one colourways: elegant and sophisticated Mystic Silver. 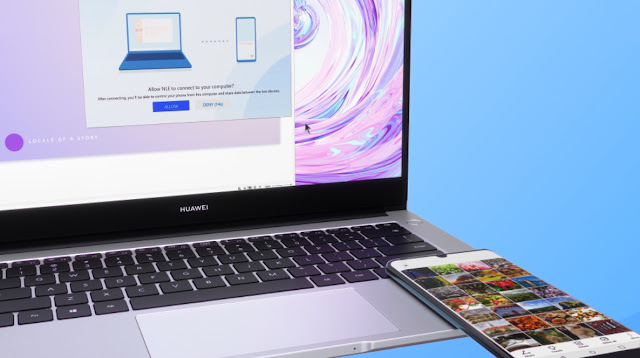 For the younger generation, a PC is both a productivity tool and an indispensable companion throughout all kinds of day-to-day and entertainment scenarios. The HUAWEI MateBook D 14 i5 is powered by the 10th Gen Intel® Core™ Processor. The quad-core, eight-thread processor performs faster than its predecessors to effortlessly handle everyday usage scenarios and features NVIDIA® GeForce® MX250 discrete graphics card to deliver superior graphics.

Huawei Share has been upgraded on the new HUAWEI MateBook D 14 i5 to break down the ecosystem barriers between Windows and Android, providing users with a new cross-platform, cross-device experience. With just a single light tap, the HUAWEI MateBook D 14 i5 can be connected with a Huawei smartphone and users can interact in real time across the two systems, using the notebook’s keyboard and trackpad to control the phone on the larger screen.

Huawei Share also enables the editing of files and images and easy transfer with a simple drag and drop. Users can also answer audio and video calls made to the phone directly on the notebook and enjoy smooth audio and video when switching between both the phone and the notebook. Up to three mobile app windows can be opened on the computer at the same time, making workplace tasks and everyday entertainment more convenient than ever before.

The new HUAWEI MateBook D14 i5 is available at an RRP of just R17,499 at Vodacom, Incredible Connection, Takealot and Computer Mania. It comes with a free bundle gift of a HUAWEI backpack swift, a HUAWEI Bluetooth Mouse and a HUAWEI VIP Service, all worth R2,999.)