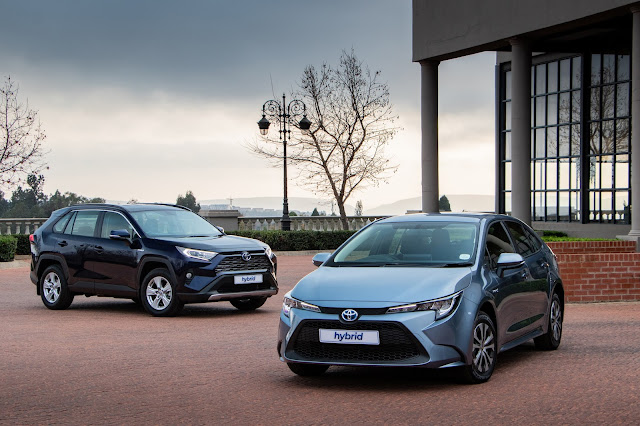 Toyota have always been the leaders in Hybrid technology, ever since they launched their first generation Prius back in 1997. This weird looking Corolla type sedan boasted both a petrol combustion engine which was assisted by an electric motor, the world was confused but excited at this new dual powertrain system that would echo the start of the electrical revolution and evolution in motoring. While the Prius was never everyone's cup of tea, it really did the most in raising awareness of Hybrid technology. World leaders and celebs opted for this car as it did have a lower emissions rating and saved fuel. There was a problem though, it was extremely costly and as a result, Toyota never expanded this technology to any other of their models but opted to introduce it to their luxury division, Lexus. This would mean that they could fit Hybrid powertrains in regular models and justify the price tag as such. As time went on, and the Hybrid got more popular, Toyota in Japan and the US started introducing Hybrid models in larger variants of their cars such as certain SUVs and the Camry, this proved to be even more popular with buyers as they could get their favourite models with the environmentally friendly drive technology. Unfortunately for us in South Africa, we could only sit and watch as the first world got to experience this in Toyota models but that was until now. 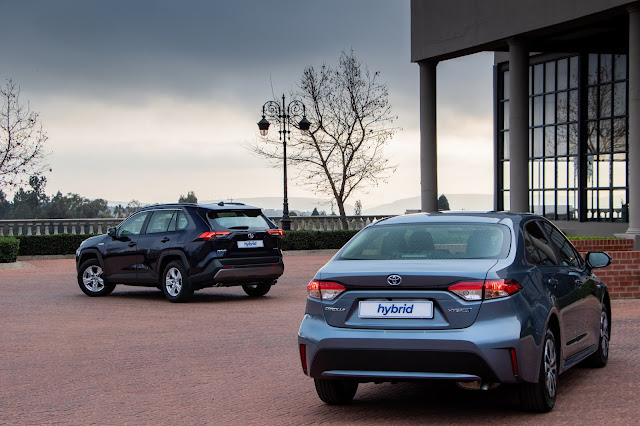 Yes, Toyota have just announced that they are introducing two new Hybrid models to the market, in the RAV4 and the Corolla with a third coming soon in the Corolla Cross guise. Both models have unique Hybrid power trains with Atkinson cycle technology that provide power to the car with respective power outputs based on the size of the models. 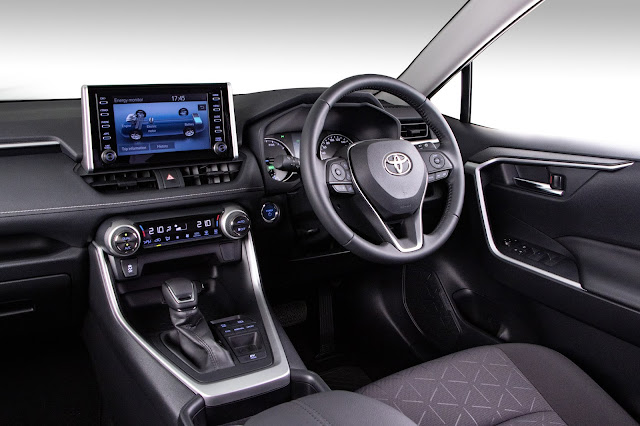 The RAV4 Hybrid features a 2.5L Hybrid powertrain which can be found in Lexus models such as the ES and NX300h. It features a large four cylinder motor with direct injection that generates 131kW and 221Nm in "ICE" state. The electric motor punches out 88kW and 202Nm at a maximum state of charge to deliver a total system output of 160kW. Power is pushed to the front wheels via a CVT transmission which seamlessly integrates the two drive sources. This translates to a fuel consumption index of just 4.7L/100km with CO2 emissions registering 107g/km. Quite remarkable for a 5-seater SUV! 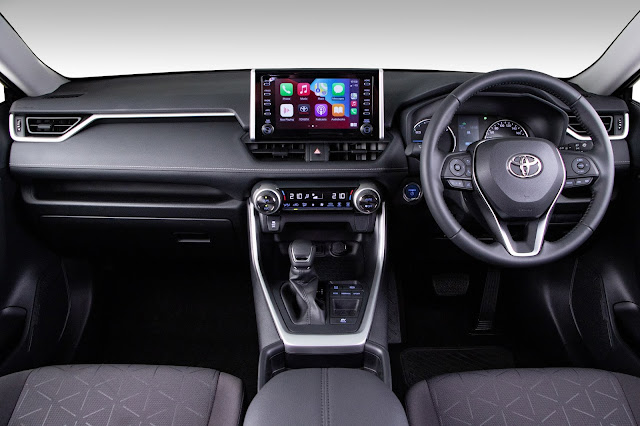 The Corolla on the other hand features a smaller 1.8L, four-cylinder engine with the electric motor churning out 53kW and 163Nm at full capacity, which boosts the overall system output to 90kW. While the two systems have higher power outputs, Toyota says that due to transmission reduction losses, this does affect the total output. This still isn't bad when looking at the overall power-to-weight ratio. The Corolla also features a CVT gearbox to assist with the dual powertrain feeding power to the front wheels. Claimed fuel consumption on the Corolla is just 3.5L/100km which theoretically gives the Corolla Hybrid a range of over 1200km on a single tank! 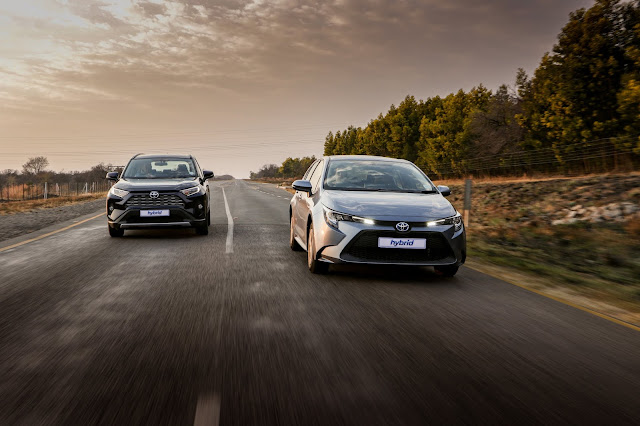 Both models come equipped with everything you'd find in your standard RAV4 and Corolla models with the added details to make it known you're in a Hybrid. The Corolla Hybrid is maxed at the Xs spec level, which is the mid-tier grade which combines all the key comfort and convenience features while keeping the Hybrids more pragmatic bias. The RAV4 Hybrid comes in a tweaked GX trim which strikes a balance between core convenience, value for money and luxury. Both cars come with a six-service or 90 000km service plan as standard with service intervals pegged at 15 000km/ 12 moths. Toyotas standard 3-year/100 000k warranty is included as well as an 8-year/ 195 000km Hybrid battery warranty for additional peace of mind, pricing on the models are as follows.