An ode to the LFA 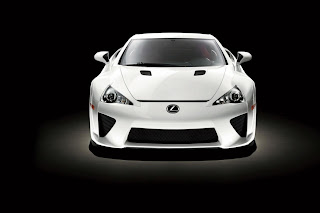 Okay so its not an"ode" but more of a dedication if you may. If you follow me on twitter then it wouldn't come much as a surprise to you of how much I love this car. Why you may ask? Its expensive, not the best looking car out there, its a Toyota and if given the cash one would rather go for its Italian counter parts. Yes its all that but theres so much more to this car than its price tag. I've always been a massive fan of Toyota since my family have been driving various models through out my life so the affiliation to Lexus wasn't that hard for me. To say that they are just "a luxury version of Toyota" is unfounded now as they've grown into a brand them self as have Audi from VW. 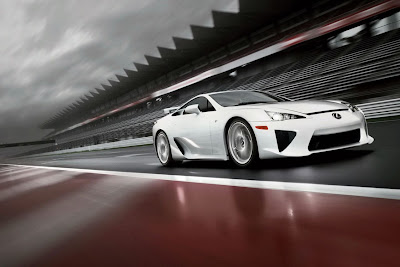 When I first heard of Lexus were thinking of building a supercar, I was extremely excited seeing as Toyota have a fair amount of knowledge in the racing world with the WRC, Nascar and most recently their stint in Formula One. Work began on the concept in February 2000 and all kinds of rumours were flying around the internet on what we can expect from the car, from various engines, to the type of body it would have, etc... It took them 10 years to produce what we see today and boy have they left no stone unturned in making it. The engineers at Toyota worked with guys at Yahama to create a V10 engine that produces 552bhp but weighs less than their LS460 V6 engine! Not only that, but Lexus also asked Yahama to tune the engine acoustics so that each gear has a certain tone to it! Most of which resemble the high pitch screech of an F1 car. 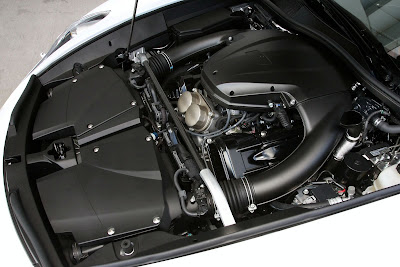 That's just some of the details that went into making this car, not forgetting how they scrapped the entire aluminium body to rebuild it in carbon fiber. Everything about the car was to be as light and strong as possible. The stats itself are mind blowing with the car redlining at 9000 rpm, the rev's were so high that they had to install a digital rev counter as normal analogue ones couldn't give you an accurate reading. 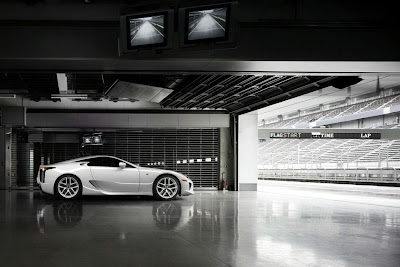 That essentially is what sets this car apart from others. Sure you want brut force and muscle, go for an American supercar, like the Corvette, you want pure engineering with a bit of flair, go for the Ferrari or Lamborghini but if you want precise engineering added to that a whole lot of electronic gizmo's, look no further than the Lexus because its loaded with them. Apart from the extremely cool LCD instrument panel, the car is has a fully on board PC with Mark Levinson entertainment system, not sure if you going to make much use of the sound system with your engine sounding like an F1 car but that's what makes this car special. Its not as cheap and tacky as the Merc's SLR, the inside is built to perfection, Everything meticulous placed for the drivers pleasure. Don't worry about reliability, yes Toyota has had their fair share of call backs and so has Lexus but with each of the 500 units produced being hand built in London, I think you're more safe in this than a Koenningsegg. 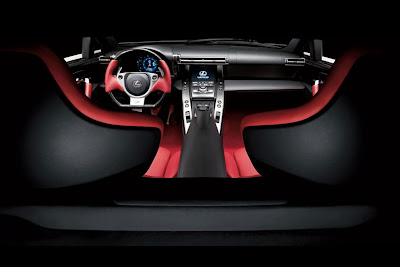 I know people that work at Toyota and they only speak highly of the guys at Japan, so if they took 10 years to build this car, be sure they weren't slacking. They were perfecting it! True car enthusiasts know this hence most orders of the 500 are sold, with orders in the US being held back due to production time, as they only produce 20 units a month. 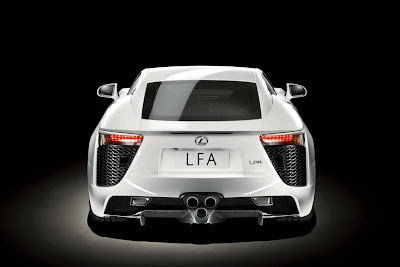 Only 3 units of the LFA have been brought to South Africa which was selling at R5.1 million, I say "was" because all of them are sold and one has already hit the roads of Johannesburg with some tweeters spotting it at Melrose Arch last week. The owner, none other than Bidvests Brian Joffe. Wise choice Mr Joffe, even if it was just to spend a bit of cash. This is one of those cars that you know you're never gonna have, so my wish? To one of the 3 owners in South Africa, all I want is a ride in the car, to sit inside and see the magic it has to offer. 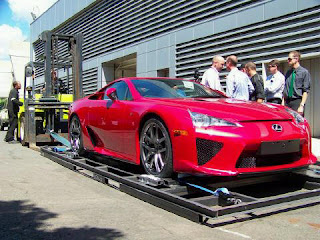