Last week Wednesday I was was invited to an open night hosted by immedia to showcase the latest tablet PC to hit the market, the much anticipated Microsoft Surface. Little was known about the device prior to its global launch on the 26th of October 2012, rumour has it that even the guys themself who worked on the Surface were split into different teams to work on different aspects of it. The overall product looks more than adequate to compete with the Apple iPad. 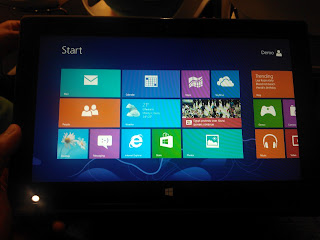 I'm not going to go in depth with this as I haven't had a chance to play with one long enough so this is going to be a very brief review on my first impressions of it. Firstly when one looks at it, the cover will catch you, the magnetic snap on cover doubles as a touch keyboard with a track pad and with the back stand it enables the user to use it as one would use a laptop. The build quality is really good, not that you'd expect anything less and the 10.6" screen resolution is remarkable. The touch interface is quite responsive and unlike other touch screen devices, you cant make out the finger print trace left on from all the touching. 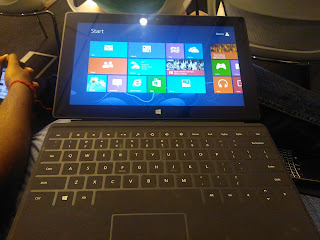 The surface comes in 2 models, the 32gig and the 64gig and also 2 OS types, the standard being Windows 8 RT which is available on the models with the ARM CPU and Windows 8 Pro which is available on the models with the Intel CPU. The common asked question is, whats the difference? Well with the Windows 8 RT, the user is limited in terms of the type of programs he can install on the device, i.e your .exe files, thus limiting you to just the applications available to you from the store. You will still have a desktop option but that is purely for user preference. Windows 8 Pro on the other hand runs on the Intel CPU which allows the user to use the Surface like he would a laptop, installing programs as they please. That is the difference between the two in a nutshell. 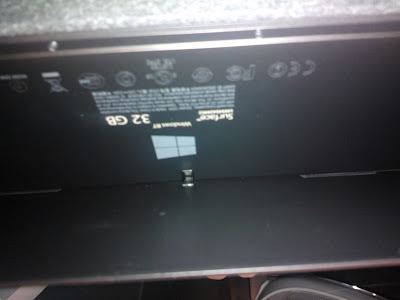 I had the 32gig RT version to play around with for the evening, the Windows 8 interface is really user friendly and the live tiles gives it a very good visual appeal as to just having icons. The design of most of the apps are rather neat as they're minimized on the clutter and concentrate on just whats needed. The OS is what makes the device and Windows have done a brilliant job with 8, even the RT version has some pretty neat features like locking your search bar or media player to the side while doing other work. All Surface models come loaded with the latest version of office, so you can still view, edit or create documents on the go. 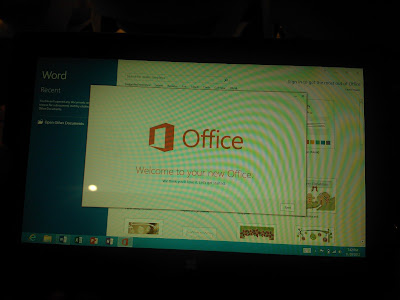 The downside to the Surface? Well I'm not really sure its a downside but it does not come with 3G/4G sim card slots, one can say with broadband getting more and more affordable one can foresee alot of Wifi hotspots becoming available but I think it will take SA a good 5-10 years to reach the level of Europe and the USA in terms of Wifi accessibility. It does however have a USB3 drive and if you have a 3G dongle, it can plug in and work...or so Im told otherwise if you own a Windows mobile phone or any other phone that can create a wifi hotspot, you can piggy back off your mobile phones data. Which makes sense, instead of having 2 sim cards (one for the phone and one for the tablet). 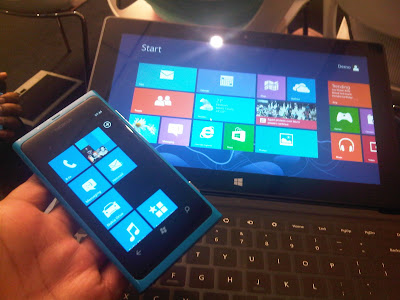 Overall I think its a brilliant device and for some it could replace their laptop, for real because you can actually do almost everything on it. The touch pad keyboard is excellent to use and the size is perfect to carry around. I held it under my arm for a long time and didn't feel uncomfortable, normally with some tablet devices the battery makes it very heavy but with this it was hardly noticeable. I think Windows have a real match winner with the Surface and with Windows 8 making waves through the market, it wouldn't be long since you see the sales of this beat that of the iPad. With regards to sales in SA, Microsoft SA have not released any information as yet but as soon as they do, I'll post all the details.