I've been adamant from the get go, this season (2013/14) all I want is for Liverpool FC to finish in the top four. But ever since that first game against Stoke, when goal keeper Simon Mignolet made his first league début for us, with many of the fans questioning his ability seeing that we all were pretty happy with outgoing keeper Reina, even with his selection shrouded with uncertainty, he stepped up and saved a penalty in the dying seconds of the game. It ultimately gave Liverpool the win and their first 3 points of the season along with full faith given to the new boy. Ever since that moment you couldn't help but wonder, maybe this is it? 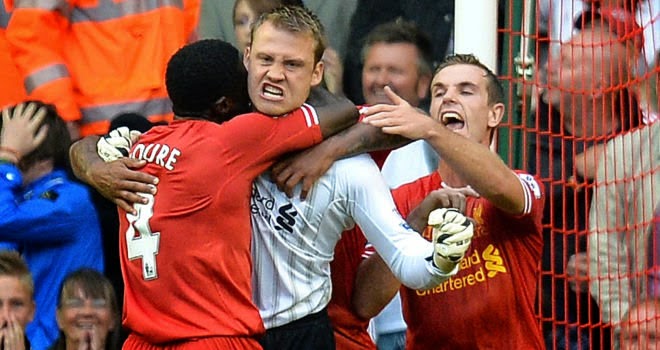 It wasn't going to be easy for this side under the guidance of Brendan Rogers, the previous season we finished strong but we were no where near close to match the top four. With our key striker, Luis Suarez serving the rest of his ban carried over from last season, the team knew they had to dig deep and others needed to stand up, so did Daniel Sturridge. He fitted into the line up like a snug fit glove, his continuous scoring game after game didn't even make us miss Luis the slightest but we all knew that El Pistolero was itching to come back into the team. 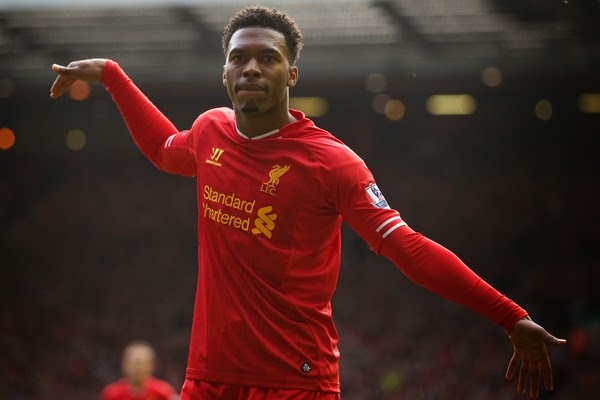 After he served the 6 game ban, he and Daniel forged a partnership that the Premier League hasn't seen in a long time. Dubbed SAS, which ironically is also the abbreviation of the British Special Air Service, they went rampant on teams they faced. The link up between the two was even better than Gerrard and Torres. Forget about mind reading, its like they both know each others movements before it can happen. We all knew at the time that what Liverpool have is something special but as we move into the business end of the season, we really are seeing how ruthless and commanding this strike duo are. 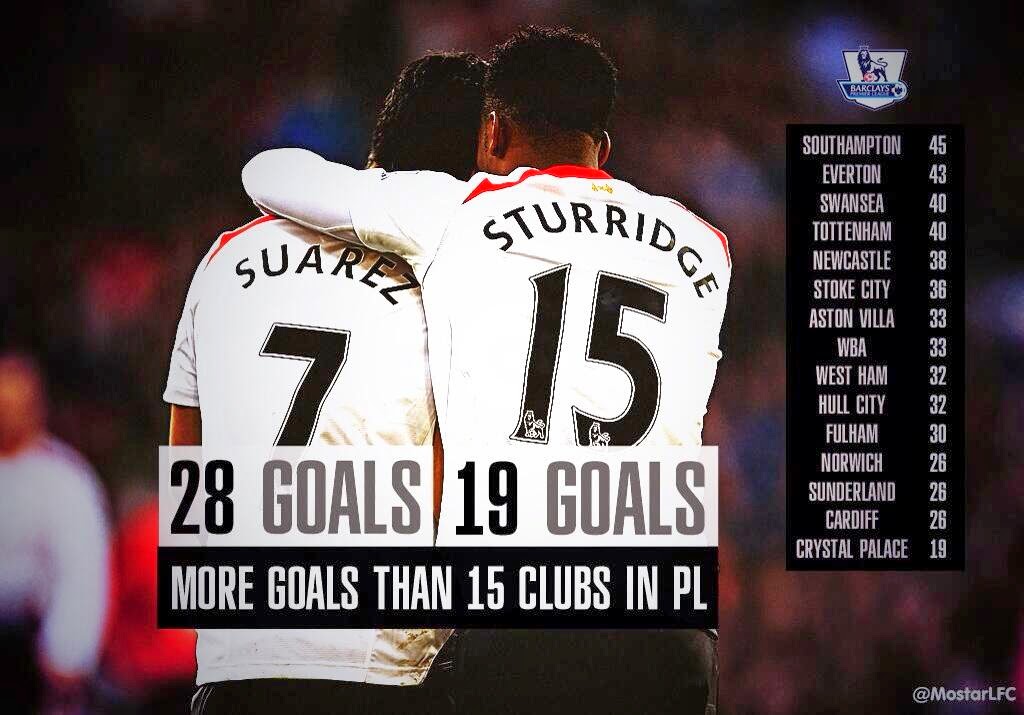 Luis, even after serving a 6 game ban at the beginning of the season is the leagues highest scorer with 28 goals, Sturridge isn't that far behind the Uruguayan with 19. Combined the two have netted 47 goals in the league, that's more than the total managed by 15 other clubs! The current league partnership goal record is held by Beardsley and Cole, who managed 55 in the 1993/94 season. That's just 8 off SAS, with 8 games still left for Liverpool, many tipping the duo to break that record. Luis is also on course to break Alan Shearer and Andy Cole's joint record of 34 goals in one season, again with 8 games left I wouldn't put it past him. He's been in fine form with a short dry spell not to long ago saw him go 3 games without scoring but that fear was quickly put to bed after scoring in both of the last fixtures, including a hat trick on the weekend. 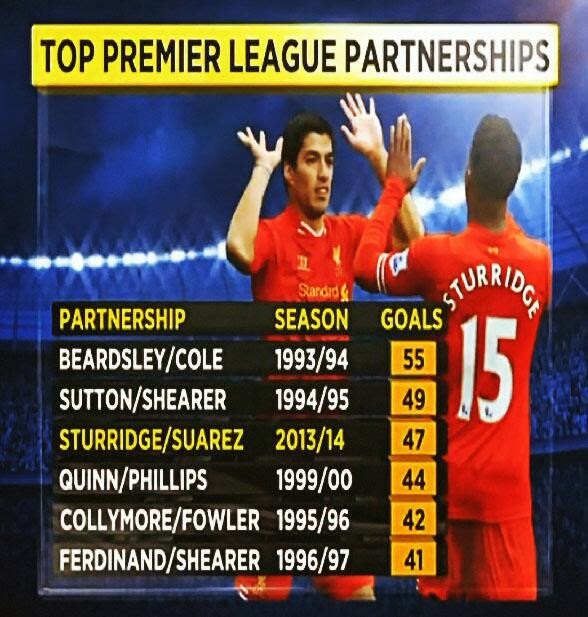 The run in till the end isn't an easy one with Liverpool having to face both teams that are above them, Chelsea and Manchester City, along with top four challengers Spurs. They have also got to rely on the top two dropping points to take advantage and given the form they have been in, it isn't looking likely. Like I've said from the beginning, give me a top four finish and I would be happy, Brendan Rodgers also admitted that the team we have now is still short from a title winning team with some improvements and players needed to get us there. I tend to agree with the manager seeing that our defence isn't the most solid one in the league and our midfield is sometimes lacking but the work rate from most of the individuals is nothing short of brilliant. Guys like Henderson, Allen and Flanagan that don't often make the headlines put in the hard graft required of them week in and week out. They have got to be commended for getting the team where it is currently. 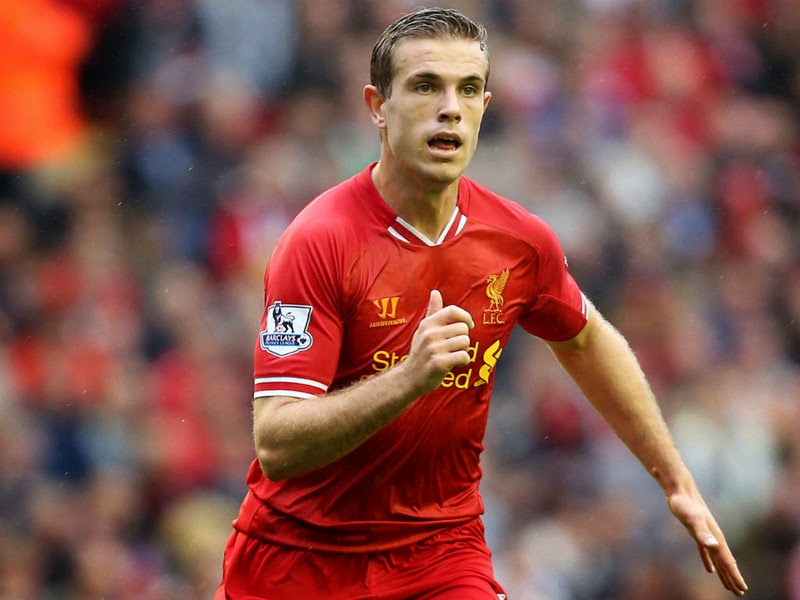 If you look at statistics, everything points at Chelsea or Manchester City lifting the trophy in May and if they do it would be well deserved but there's something I heard during the course of this season, to win the league, the team has to have some luck on the way and I won't lie, there have been some times where we did get lucky. Also if Brendan Rodgers was planning on leading this team just to finish in the top four, I'm guessing Luis and Daniel didn't get the memo because they're making us believe we can achieve something greater! 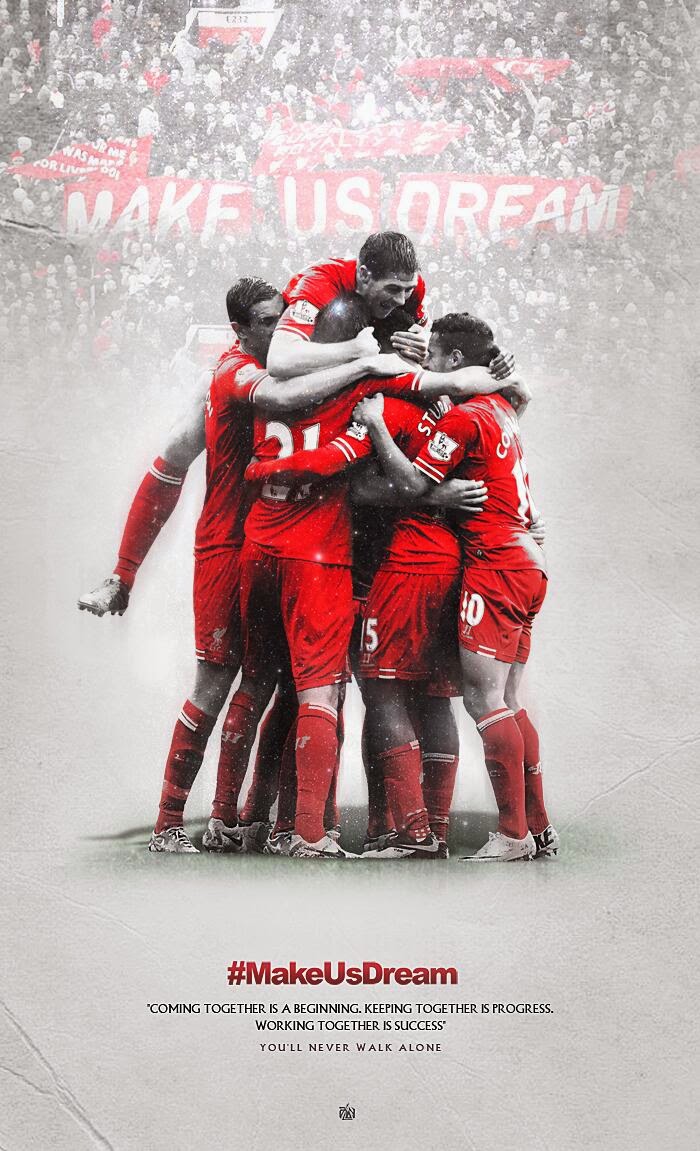