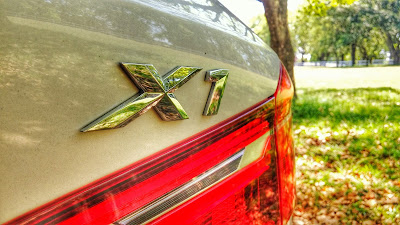 When one thinks of the BMW X series, you would imagine a big, fierce looking SUV right? It all began when BMW released their first model, the X5 and from there we got the X3, X6 and most recently the X4, all of which fitted the description but then there was the baby of the family, the X1. It wasn't the most stylish of the X Series, it didn't have that same character as the rest and with it's low ride height it looked like a standard cross-over instead of an SUV. It's probably that reason it didn't compete well against it's rivals in the segment. It was by no means a bad car, it was superb at what it did but it just lacked charisma to sport the X badge and I think that's what the guys in Munich realised as well when designing the next series of X1. 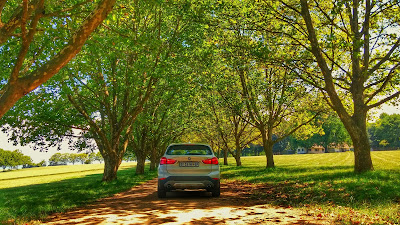 The all new X1 which was launched late last year in SA is a totally different car to the previous one, it's much bigger, more spacious and has that fierceness that one associates with the BMW X series. Prior to it's local launch, much was spoken about this car, besides it looking the part, it issued a massive challenge to it's competitors as the market for such vehicles in our country is becoming ever more popular. Besides mothers doing the school runs, most people are opting for SUV's as on weekend's it's the perfect type of vehicle for recreational activities. Whilst there might be cheaper options available, there's no doubting the quality behind BMW's product and with that in mind, I was quite looking forward to driving around in the new X1, xDrive 2.5i. 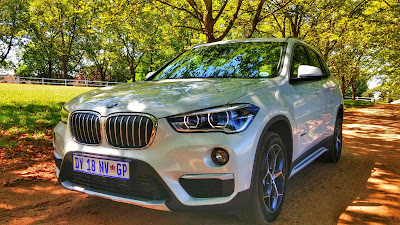 Style
It's a revised model like I said and the design has changed completely, for the better. Besides the increase in size, the design follows very much that of the latest X models, with its raised front and elongate head lamps, with fog lights mounted just above the front air intakes on either side, the kidney grille is large and pronounced slots neatly between the head lights. High lines follow the car on it's side with side kick plates and extends to the back where it's finished off well with elongated but flat tail lights that match the front of which is very similar to the X6. The exterior has lovely bits of chrome and aluminium finishes that gives this car a premium look and feels. The car is available in 4 packages, Basic, xLine, Sport and M Sport and 13 exterior colours and multiple trims to chose from. A highlight for me was the interior ambient lighting at night with LED strips surrounding the cabin from the dash to all four doors and which you could change from orange to white, depending on your preference. 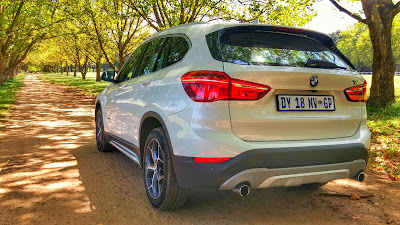 Comfort
Stepping inside the car left me a bit disappointed, the interior has been taken straight out of the 2 Series Active Tourer. It's not one that I am particular fond off, even with the awesome colour combinations of brown leather with the black interior, it didn't do much for me. The seats were a bit too firm for my liking and I found myself often adjusting the seat during every drive to get the right position to drive in. The cabin however is extremely spacious, plenty room in the back for 3 adults and loads of space in the boot. The high roof line also means that tall people can sit in the car with ease and if the odd case of one being abnormally tall, we could always open the panoramic glass sunroof. On the road X1 was a breeze, even though it is larger and heavy, it was effortless to control. Overall driving comfort was great, even on gravel roads, the ride was smooth and faultless.

Performance
The 2.5i xDrive is the top of the range engine one can get in X1 and really performed well during my time with it. The 2 litre TwinPower Turbo Engine was quite responsive, on take off with it's big frame it wasn't the quickest off the line and it seemed like 350Nm of torque wasn't adequate but once it built up momentum it just kept going making full use of all 170kW. 0-100kph time won't win it any awards in 6.5 seconds but it isn't that type of vehicle. If opting for an automatic gearbox, it comes with the 8 steptronic as apposed to the DCT style gearbox we're used to in other models from BMW. Although it isn't a fully fledged 4x4 it did come with down hill assist for really steep gradients and low range, so it is capable of some bundu bashing. 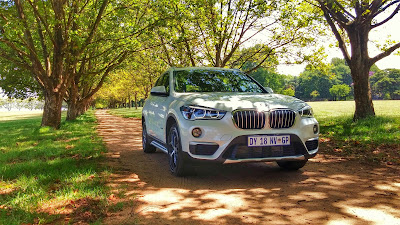 Extras
Like all of their cars the list of options available for the X1 is endless, the particular one I had came with the the standard Sat Nav which was the smaller screen, not very fond of that once you've sampled the larger display. Bluetooth audio streaming, which in all honesty I can't see why is isn't standard now. Lighting package which really makes the car stand out at night. Reverse camera which is also quite the norm for cars like this so why it's an option on this car with it's price tag is beyond me. The car also only came way rear PDC's, with the large front I would recommend getting front PDC's as well. The panoramic sun roof is a must, I can't recall a time with the car where I did not have the curtain open. It did make the cabin quite hot when parked so make sure you close it if you get it. It also came with teh Harman Kardon Hi-Fi loud speakers which amplifies the music to another level and automatic tail gate opening and closing. 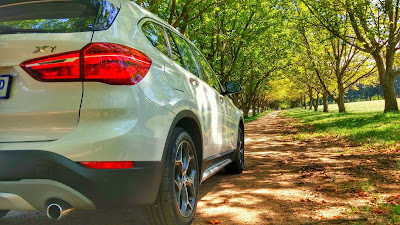 Verdict
The BMW X1 has grown in leaps and bounds compared to it's predecessor and whilst it does have some short comings, it's style, versatility and performance holds it in good stead with it's opposition. It's quite economical for a car it's size and the engine delivers more than adequate power when needed. The disappointing thing isn't so much the price as it is a premium product but the lack of optional extras that come standard in it for the cash you're paying for it. Baring it mind it is the entry level X model, if ordering the 2.5i xDrive and loading it with extras, you could be paying as much as a buying an X3. It does serve a purpose in the market and the pros outweigh the cons so that should make it a good buy for the consumer. 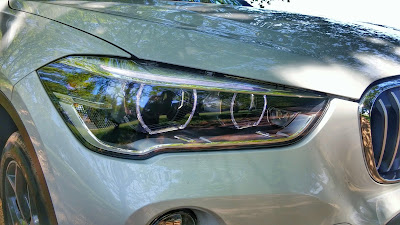 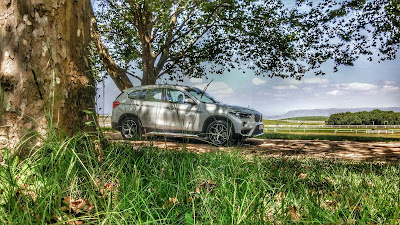 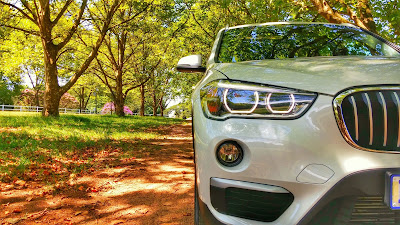 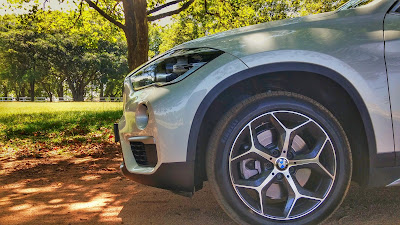 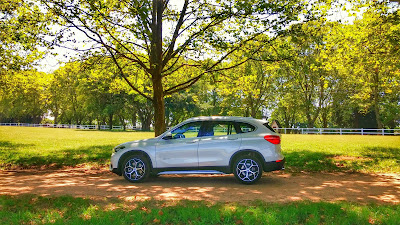