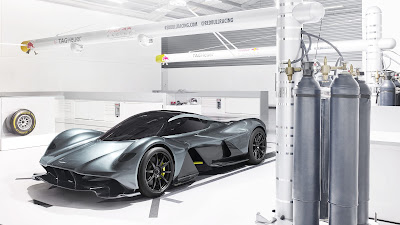 Today's post was meant to be about the new Aston Martin and Red Bull collaboration, the AM-RB 001, sounds like a drawing number. The car itself is bonkers, its designed by the top dogs at Red Bull Racing and Aston Martin so you know this car means business and it will be powered by a naturally aspirated V12 engine, which could be taken from the Vulcan but couple that with F1 tech and aerodynamics, you could have a Hypercar worthy of the title. They only plan on building between 99-150 of these and thereafter 25 track only versions and already a host of people have put their names down for it, I mean it looks superb and sounds superb so I don't blame you if you have the cash!

Like I said though, this post was meant to be about the AM-RB 001 as it was unveiled yesterday but then the guys in Maranello shortly lifted the covers of this beauty... 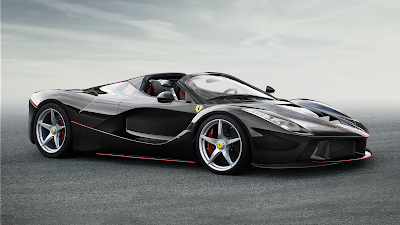 The Ferrari LaFerarri Spider, well that's what most of the world are calling it but the official name will be made public at the Paris Motorshow in October, which some think may be called 'Aperta' which means 'Open' in Italian. The car, even though is just a LaFerrari with no roof looks superb, I mean picture you're favourite supermodel, and seeing her topless, that's what this car is to many motoring enthusiast. The launch colour in black with the red detailing just makes it that more insatiable. 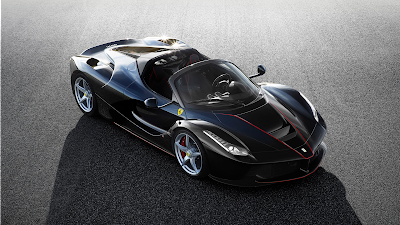 The car is still powered by that amazing naturally aspirated V12 engine that provides a mind blowing soundtrack and now it will be amplified with no roof, it also has the hybrid motor which bumps up the power to just under 1000 bhp. Forget wind in your hair, you might end up with a hurricane! Anyway, Ferrari totally came and stole the thunder from Aston Martin yesterday and while they have a superb car in the AM-RB 001, one can't help but turn their head towards this beaut. 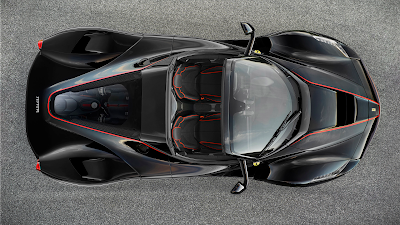 Oh and if you do qualify to buy one and were thinking of it, it's a bit late. All are sold out and all the owners have already received their keys which was delivered to them in a fancy carbon fibre box. 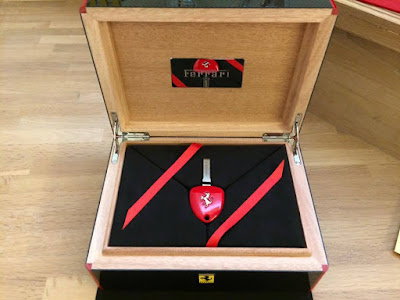