This Friday see's the commencement of the record attempt by KIA Motors South Africa for the World's Longest Test drive! As mentioned in my previous post, the drive will start off in Umhlanga, KZN where a fleet of the all new KIA Sportage depart on it's 6 day journey across the country making numerous stops in towns and KIA dealerships along the way. Over the past month KIA gave the public the opportunity to take part in this record attempt test drive by entering their details on the website, with over 30,000 entries, the lucky few who won spots in the test drive will be getting their chance to get behind the wheel of this awesome new SUV and ultimately stand a chance of winning one! 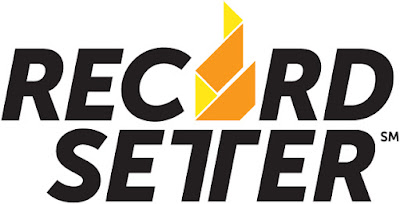 Now with a record attempt of this magnitude, KIA has announced that it will be partnering with American based company, RecordSetter who will be accompanying KIA Motors South Africa on the 3000-odd kilometre relay adventure across the nation. RecordSetter is an innovative and fast-growing record holding company in the U.S.A, The New Yorker described them as "to the Guinness Book of Records as Wikipedia is to the Encyclopedia Britannica". With the overwhelming interest in the all-new KIA Sportage and its journey throughout South Africa, RecordSetters is an official partner to the World's Longest Test Drive, so it will be official and global recognised. 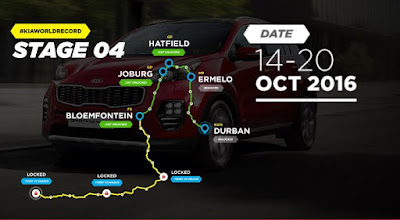 "RecordSetters is a great partner for our attempt at setting the record for The World's Longest Test Drive, their vibrant and dynamic approach to world records is an excellent fit to the innovative launch campaign for the all-new KIA Sportage, and the KIA brand overall, and we are excited about the added wow an official world record will bring to the local introduction of one of KIA's most anticipated new cars" said David Sieff, Marketing Director for KIA Motors South Africa. 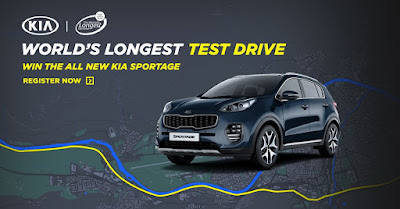 Another new official partner for the World's Longest Test Drive that was just announced this morning is GoPro. Thanks to them, every step of the the mammoth journey will be filmed along the way with active GoPro dashcams and a 24-7 film crew as part of the event. Shaun Rubenstein of OmniCo, distributor of GoPro, couldn;t have agreed on a better fit for both brands leading up to the launch. "Voice control, Image Stabilization, Linear Mode and Stereo Audio are four of the new features packed into the GoPro Hero5, making it the perfect device to capture awesome road tripping moments and we're very excited to be a part of this" 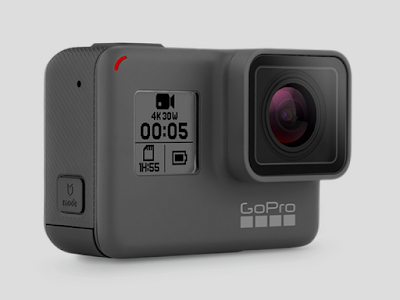 The World's Longest Test Drive kicks off this Friday, the 14th of October from the KIA Motors dealership in Umhlanga, and I will be one of the first drivers to not only get to drive the all new KIA Sportage but also one of the first to get this world record attempt going! I am pretty excited for this and you can follow me on my various social streams to be apart of the experience. Thereafter I will be keeping you updated on the journey till it's conclusion at Cape Point on the 20th of October. All this is build up to the official local launch of the vehicle on the 21st of October. 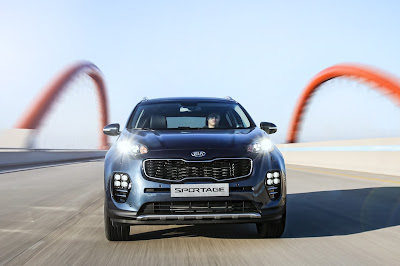