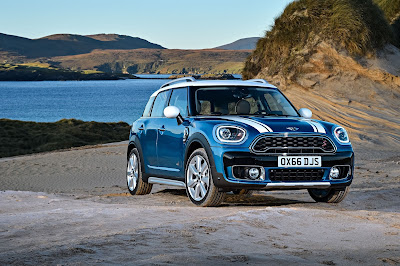 MINI's Countryman, the one that contradicts it's brand as it's not really that mini in size has a new generation heading our way next year. It is the biggest model available from the British brand's stable and with the older one being one of my favourites, I'm quite looking forward to seeing what this one has to offer when it hits our shores. 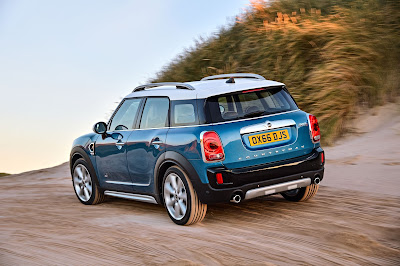 With MINI's design philosophy being that to channel the cars of yesteryear, its difficult to play around with the cars overall design and make it look different but with the new Countryman, it's undergone a complete revamp which see's the design change quite a bit a not just a few tweaks here and there. The new model boasts advancements in areas of space, functionality, athletic flair and premium characteristics. 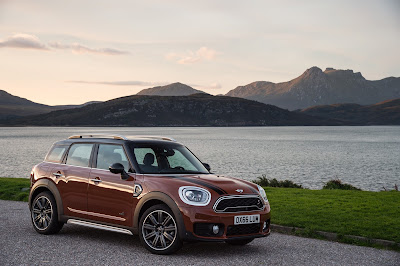 What I like about MINI is that even though their cars are aimed at a certain market, they never comprised on quality of their product. It's always high end finishes with good quality materials in their cars and with the new Countryman, it seems that this trend is continued and improved. Overall the newly developed Countryman see's ten key innovations to it from its predecessor. 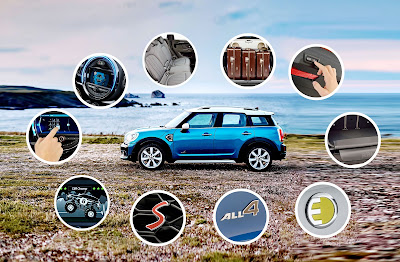 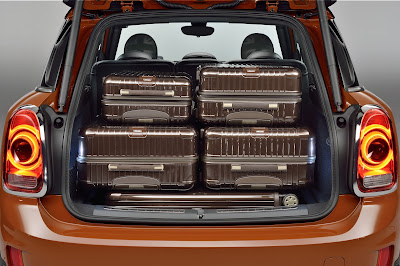 Quite a number of advancements and a few that grab my attention, although the Countryman is the biggest in the range, it did seem a bit cramped and while 20cm doesn't seem like the biggest space, it would make a vast improvement in cabin space. Other items which are note worthy are the new engines and gearboxes, all MINI's are great fun to drive and with their size and agility, you tend to push the limits of the car more often than not, this has direct implications on your fuel consumption. I've had terrible economy stats on any of the MINI's I've driven but the new engines and gearboxes will help alleviate this. What I'm really looking forward to is the MINI Cooper S E, having driven the Hybrid range from MINI's sister company, BMW, of which they were great, I can only imagine how the first MINI hybrid will be. 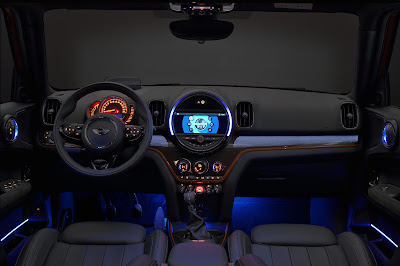 Other first for the new Countryman is the LED headlamp with peripheral daytime driving light ring. The striking profile of the headlamp units deviates from the circular shape that is otherwise typical of the brand. Their distinctive, slightly asymmetrically rounded contour goes together with the radiator grille to produce an unmistakable front view. The parking lights integrated in the air inlets are used for the daytime driving light as standard. In conjunction with the optional LED headlamps, the latter is generated for the first time by a band of light running entirely around each headlamp. 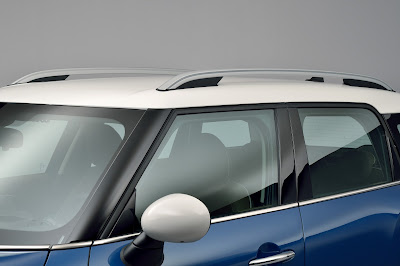 Overall the new Countryman looks the business, in time we will see if it can deliver on what it says.
For me the new design looks great, with additional extras such as paints and livery details as well as roof racks, one can customise their Countryman, uniquely and  to their taste. It's great to see MINI getting in with the mobile application buzz as well. Cannot wait to experience this one next year. 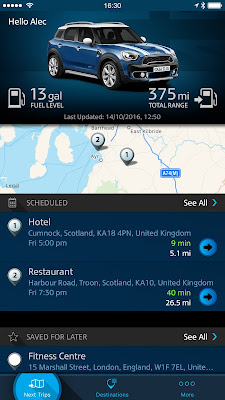