First things first, this post may be because it's my birthday as a gift to you, the readers and no I did not wait for four months to post it and no the number of local born beauties didn't dry out like the water in the Western Cape, there are still plenty of those in our land and they all waiting to be featured. Today's featured model comes from the City of Roses, and she herself personifies the rose, in both beauty and appeal. She's been in the industry from a young age and has traveled far and wide but business is where her heart lies, for someone who doesn't classify herself as a petrol head, she sure does have great taste in cars. Her skills in the kitchen need to be admired as well, reading about that sandwich had me drooling on my keyboard, and don't judge her for her popcorn antics, as we all do it too. Anyway, that's enough from me, here is this months featured model...

Oh and, please vote for her in the World Swimsuit model search, link is below! 
Hi! I'm Emelia. I'm from a small town in the States...well, the Free State, called Bloemfontein. We've got a whole lot of students, farms and, of course - The Supreme Court of Appeal, BOOM!

However, being such a nomad I have pretty much lived all over the world. I'm totally a lone wolf, which affords me the luxury of travelling alone and making friends wherever I go. I have always been a curious individual and tend to get bored really quickly. I started modelling when I was 14, you could say I've been doing this for more than half my life. (Not giving my age away at all, or am I...)

Modelling has provided a fun way of earning money while I travel the world and meet interesting (and sometimes bizarre) people. 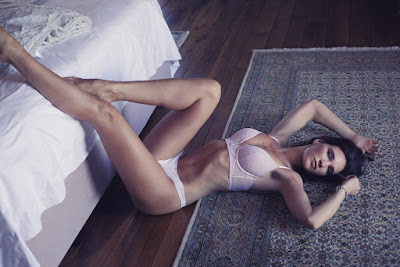 My hobbies mainly focus around health and fitness; I enjoy running, horse riding, yoga and ballet. Oh, and recently I've made good friends with the Pole, totally for fitness reasons of course. I mean, who doesn't like a girl who can do the splits on a pole or an inverted helicopter. I just love pushing my own limits and mastering a new craft.

When I have lot on my mind I like to take out a canvas and paint (with brushes, not my fingers). I find it helps me to release frustration. I am very much focused on my career, nothing comes close to the feeling of closing a deal, or two, or three - hey, I'm an overachiever. There is truly nothing more rewarding than being respected for your ability and knowledge in your field. I have  afew goals ahead of me, one will be the launch of a new company - however, sshhhh, its my little secret for now!

I've entered the World Swimsuit competition as it's always been a dream of mine to shoot for Sports Illustrated, I'm putting myself out there and going ALL IN! 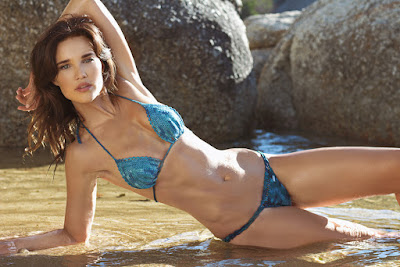 As Emelia stated, she is in the running for the World Swimsuit Model search, so help her out by casting some votes for her. : http://worldswimsuit.com/model-search/profile/emelia 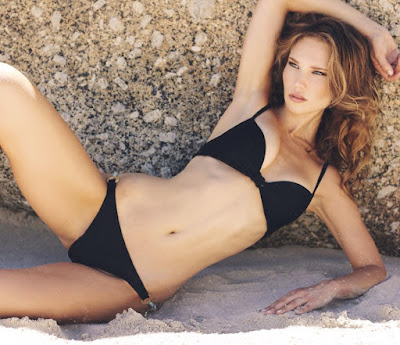