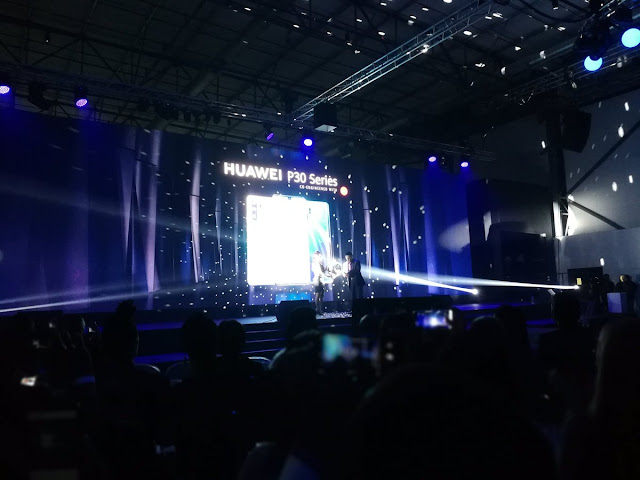 Wednesday night saw the launch of the Huawei P30 Series on our shores, now many have asked me why do Huawei have the local launch a week after the international launch? Surely they could have it at the same time, do a live stream like others in the industry do and get it over with. I too didn't know the answer to that question until Wednesday night when Cheif Operation Officer for Huawei SA, Akhram Mohamed said that they have a separate local launch purely to show what Huawei's offering is to the country, so they customize the launch for our market, giving us more information on the devices we are getting and the prices. Which makes sense if you have to think about it, often we see these international launches and wonder if we're going to get most or all of what they are showing, here we know exactly whats coming, what its going to cost and it's more intimate with the local audience. 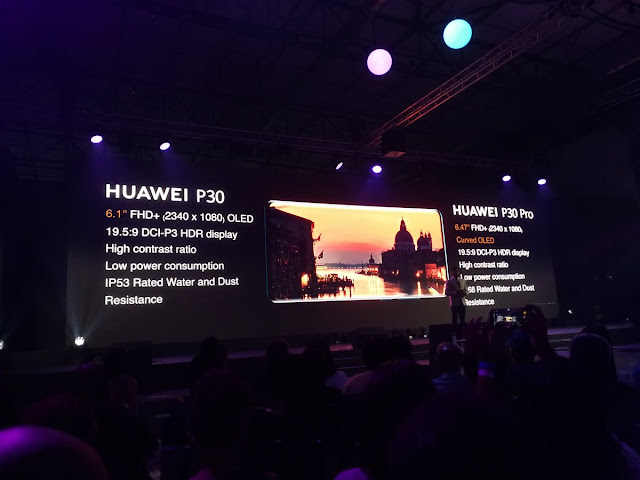 Getting that out of the way, the launch itself was a glitzy affair, as per normal Huawei doesn't spare any expense on their events and this was probably the biggest one I've attended yet. Many Tech fundies of the industry were present as well as mobile operators, VIP guests and local celebs. Getting proceedings underway and introducing us to the P30 Pro was VP for Consumer Business Southern Africa, Likun Zhao. A key feature on the P30 Pro is it's four lens camera system that enables it to capture, details and light in very low light conditions, none more breathtaking that the capture of the galaxy taken by the P30 Pro in Nambia. Sure there were certain factors that had to contribute to this extraordinary picture, that being clear skies, probably a tripod being used and in night mode but still, for a mobile phone to achieve this, many professional photographers will agree that it is mind blowing. 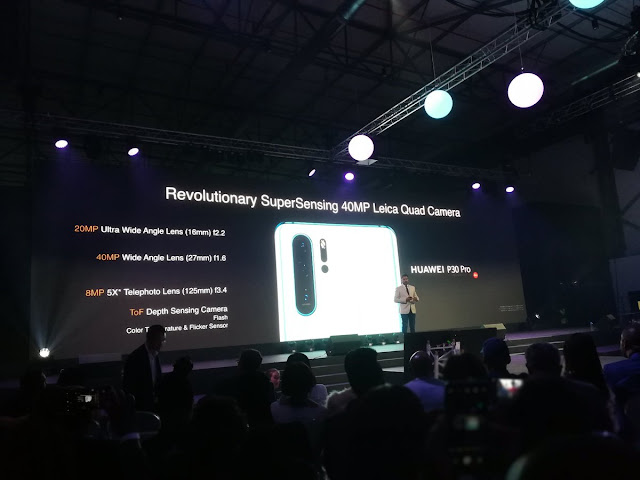 Giving us more details into the P30 series was Huawei's COO Akhram Mohamed, when it comes to the P Series range, the Chinese telecommunications giant always made it it's target to be the best in camera photography, they were the first to introduce dual lens technology, then the first to have triple lens technology and while they might not be the first to have a camera phone with four lenses the P30 Pro comes with it's own firsts, like the telephoto lens or "periscope lens" as they call it, since the device is so thin, Huawei had to put the lens horizontally in the phone and by means of a 90 degree mirror glass, like a periscope giving the user a lens with 5 X Optical Zoom, in a camera phone! I had the opportunity later that night to test this feature out, and to say I was blown away would be an understatement. The P30 Pro can achieve up to 50 X digital zoom and while at full 50 X, the picture will be grainy, you're still able read text and signs that is zoomed into. 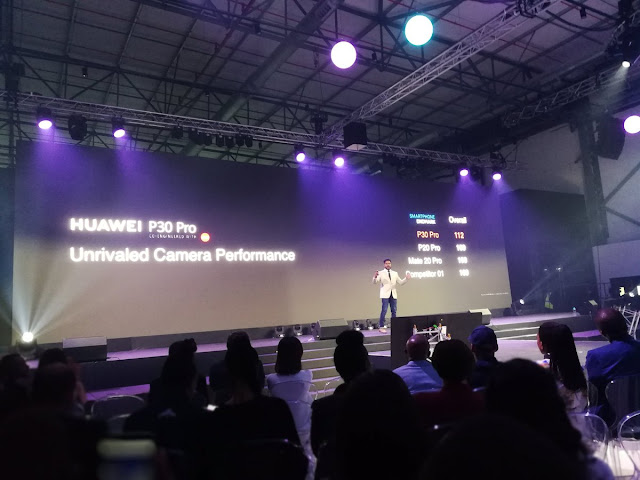 Another first for a mobile camera phone was with Huawei having their SuperSpectrum RYYB sensor allowing for more light to be included in their pictures, hence being able to capture great detail in low light conditions where other devices will fail. Huawei also achieved the highest score on the DXOMark score sheet, making Huawei the top 3 in their list. With the a dual stabilizer and AI stabilizer, most shots can be taken by hand with the user not having to worry if the picture will be blurry or shaky, the phone will take care of that for you. The stabilizers also work great with video, almost making it like a GoPro in your hand. Speaking of video, the P30 Pro will also have Dual-View Video capture, where the camera makes use of 2 lenses to record, one giving you an up close shot of the object with the second being a wide angle view. Huawei also have upped their software on the camera giving you options to capture bespoke bokeh shots with their Time of Flights Camera, which has depth perception, allowing you to capture an object and blurring out the background gradually by the distance it is away from the focal object.  The camera's on the P30 Pro include a 40MP main camera, 20MP Ultra-Wide Angle Lens, a 32MP front facing camera making it the best selfie camera on the market currently. 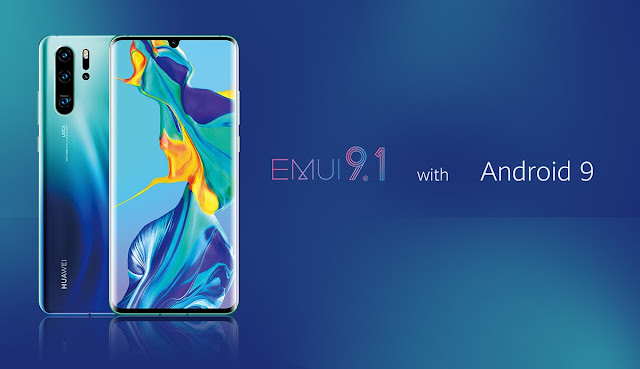 Other impressive features on the P30 Pro, include it's battery which is a 4,200mAh, which is powered by a new generation Huawei's SuperCharge that can charge your device from 0 to 70 percent in just 30 minutes. It also features the 15W Huawei Wireless Quick Charge and the revolutionary wireless reverse charging technology, which can recharge any wireless device. The P30 Pro is an impressive device and Huawei have certainly brought a fight to their competition, as they do their home work in market research and allocate 14.1% of their revenue to research and development, allowing them to come up with these mind blowing features on their devices. The P30 Pro will be available in 3 stunning colours, Breathing Crystal, Aurora or Black. 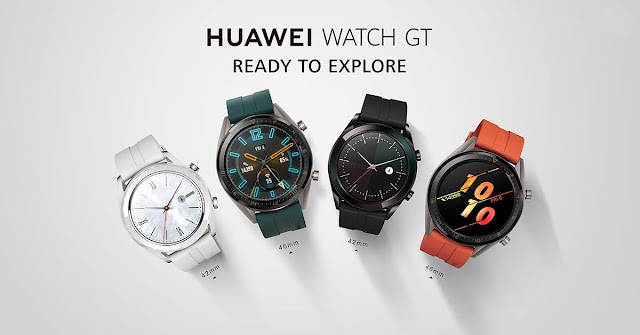 Huawei on the night also took the opportunity to showcase some of their other products which will be arriving in our country shortly, that being the MediaPad M5 Lite, the Watch GT Active and GT Elegant, Matebook 13 and the Gentle Monster Smart Eyewear. Mr Mohamed also announced the introduction to their online store, so consumers can bypass the mobile operators and purchase Huawei products direct. 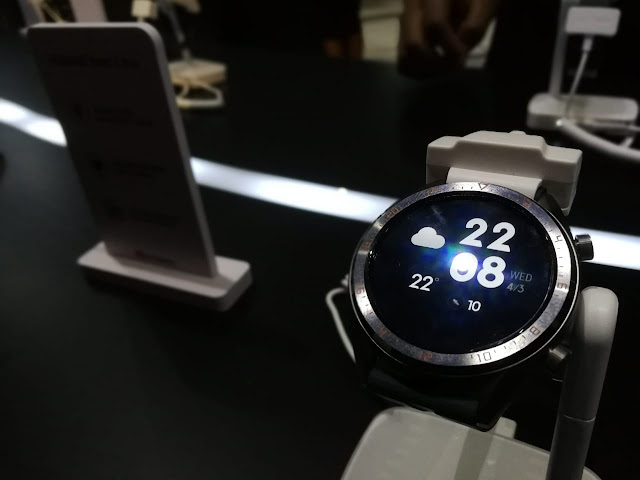 Pricing for the P Series Smart devices at time of launch