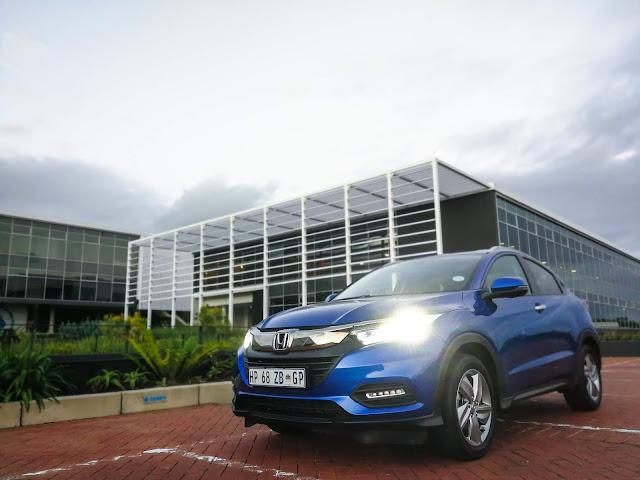 Honda is relatively the unsung hero of the car market, the quiet one which sits in the corner, minds its own business but gets along quite well. And while it might be odd for us, they're quite happy with how that's going for them and I have to agree, they doing quite well for themselves without causing much stir. Their cars are probably one of the most reliable ones on the market with excellent quality and great engines, I've had the opportunity to drive a few of their models last year and this year I got to sample the all new HR-V for a week. The hatch come crossover type car is one of the smaller models in the range but I was surprised with the amount of stuff you get in the car. It's about the same size as the Jazz, maybe just a bit bigger but my time with the car was seemingly satisfying, just like the brand, no whoo-haa, just brilliant at what its suppose to do. 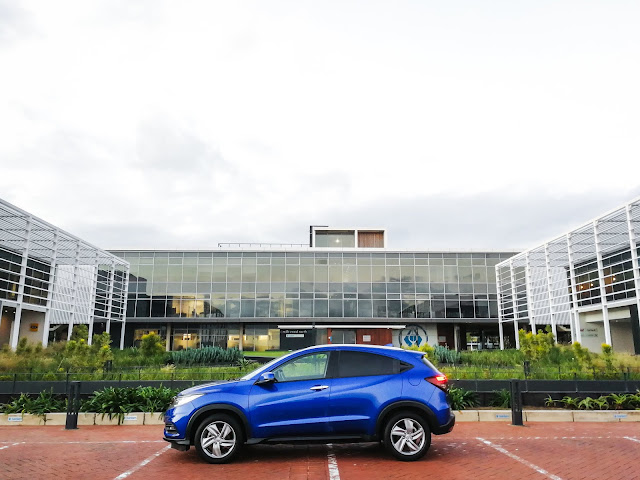 The HR-V's design follows design cues from the older Civic hatch with the round sculpted front and that solid grille with the Honda badge in the middle. The revised model which I had comes with LED day time running lights on the bottom part of the front headlights which enhances the car slightly. The raised ride height of the HR-V does help one differentiate it from a standard hatch back but there are other elements to it that add to this like the smaller windows and higher doors on the side profile. The back actually looks quite night, I love the way they've tied the sloping roof with the rear, to give it that sporty SUV look, then rear lights still have to grow on me, I feel like they didn't have to go with the extra portion at the bottom but thats just me. Overall from the outside, the HR-V is a stylish looking car and the colour I had it in is Brilliant Sporty Blue Metallic had a nice look to it, was nice and bright in sunlight but also blended well into the dark and not seem too over powering. 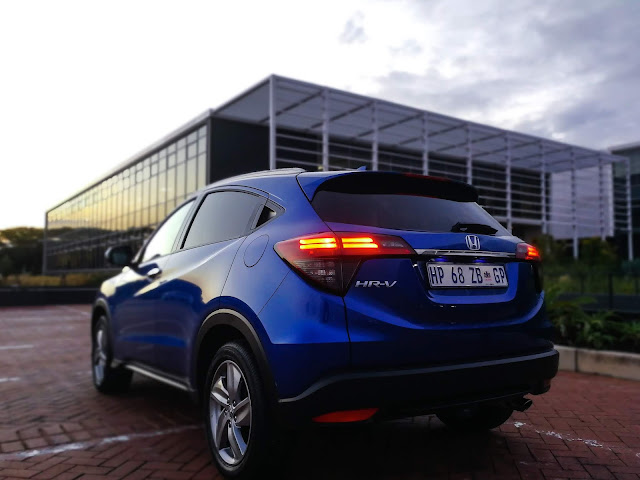 I had the 1.5 Comfort CVT model and while many will wonder how a small engine with an automatic gearbox will cope on a car of this size and with good reason too but I can report back to say it handled quite well. Fair enough you would get engine strain and it dropping gears on extreme circumstances when overtaking or going up a hill but other than that, whether it be urban driving or on the highway I felt it coped quite well. The engine is a SOHC i-VTEC 16V inline 4 cylinder which produces 88kW and 145NM of torque. Its an engine we're already used to as its also in the new Honda Jazz. With the increased ride height, driving the HR-V is a dream, very easy to control and doesn't have much body roll to it. It's not a car that's meant to be driven fast, more for the school run arounds and to and from the office and for that, it's perfect. 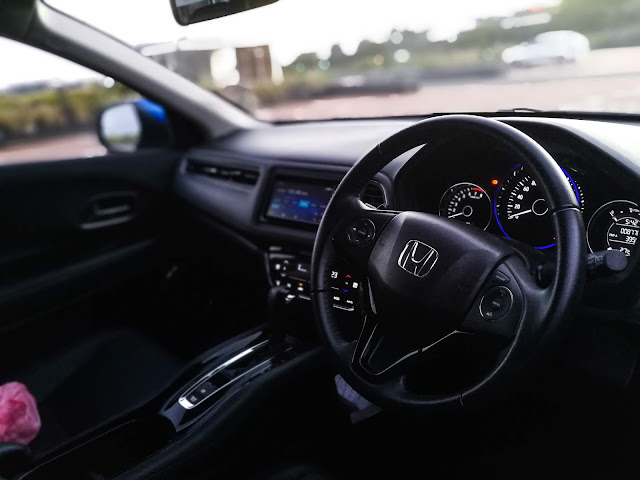 The HR-V is a very spacious car, even though the is higher than normal, Honda didn't raise the seating positions as high so you're left with a lot of head room in the car. The cockpit design is interested with a raised certain console almost the same height as your arm rest so it gives off like a fighter jet feel to it. Everything is digital so it looks really cool at night. It has single zone climate control with variable fanspeed, heated seats which I found interesting in a car of this segment and everything else is virtually the same as the Jazz which I really like. The touch screen infotainment system is easy to use and navigate, I still don't know what the HDMI port is for though. Interesting to note is that the HR-V comes with an electronic hand brake. Moving into the back, it can seat three people with relative is, and the seats fold down to extend the luggage space from the boot. 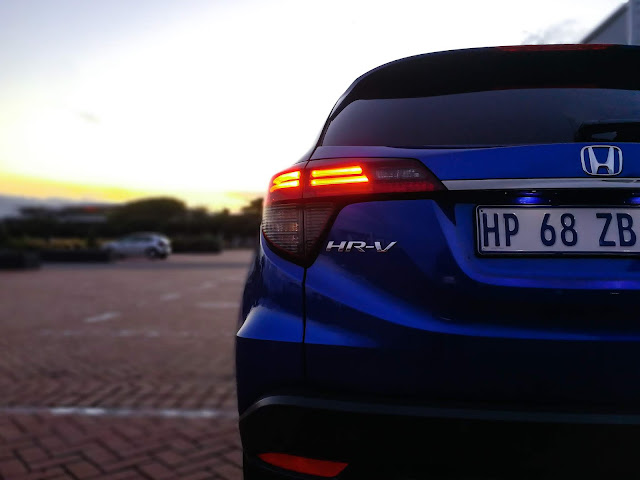 Like I said from the start, Honda are the quiet kids on the market that offer great value for money cars, some might interpret that to mean they're boring but trust me, its no where near that. Their reliability speaks for it self and the quality of the products they churn out is nothing short of exemplary. The HR-V being heavily based on one of their best sellers the Jazz could only spell great things for the model, while some might not be entirely happy with the 1.5L engine, there is a 1.8L offering which I would be pretty keen to get behind the wheel of to see how much difference the bigger engine makes. But overall, for what its intended purposes are for, the 1.5 is just right. 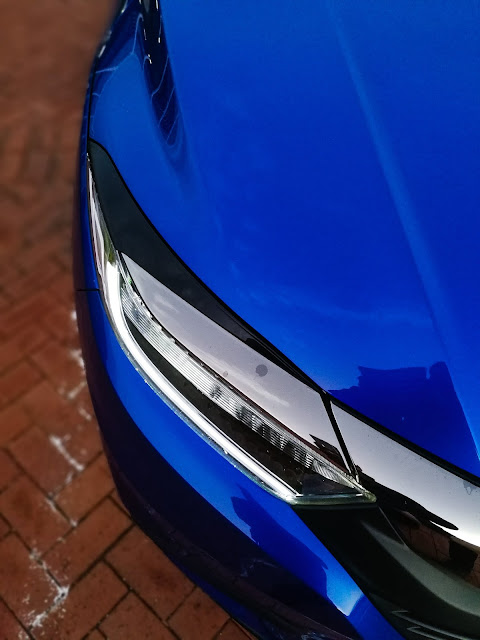