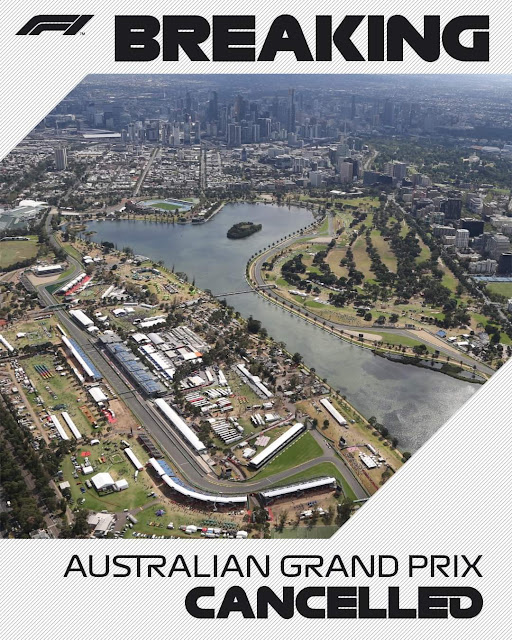 Yesterday a member of the Mclaren F1 team tested positive for the COVID-19 virus which this was was labelled a global pandemic due to the fast spreading nature of it. The virus takes up to 14 days to show up in tests so there could be many walking around and spreading it without even knowing. The virus which has claimed thousands of lives world over has forced a number of public events and sporting events to either cancel or carry on without any crowds. The virus attacks the respiratory system and with Formula One being such a high intensity sport with drivers losing so much liquids and weight during the race, one can only imagine what effect it could have on them. So the best option was taken to cancel.

This news does cast doubt on the next scheduled race on the calendar which takes place in Bahrain on the 22nd of March. Bahrain officials already notified the FIA that they plan to have no spectators present for the race a heavy knock but following similar decisions made by the Italian football league, this could be one way of still having sporting events carry on without the risk of contamination. The drivers all issued messages independently via their social media channels, stating their disappointment but also highlighting that it was a necessary decision to make. Until the World Health Organisation finds some sort of way to contain this virus, we can expect a lot more scenes like this throughout 2020.
Posted by Amith at 9:38 AM