Today Michael Owen announced his retirement from all forms of football at the end of this season, over the past few years he's bared the brunt of many jokes and a lot of hate. Admittedly I was one of them that poked fun at him many a time, whether it be his comments on twitter or his lengthy spell spent on the bench at his last two clubs. Did he deserve it? Well to many Liverpool fans he was known as "Judas" taken from the bible, is he who betrayed. He betrayed Liverpool fans by joining our arch rivals Manchester United but do you blame him? 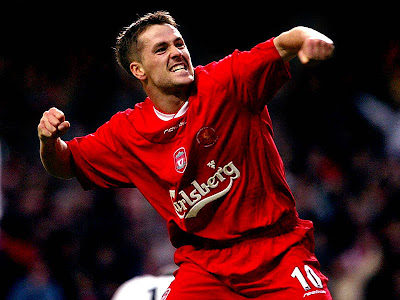 Lets take a look at what happened, in the 2004/2005 season Liverpool FC went through a change of management whereby Rafael Benitez was brought to Anfield to take charge of England's most successful club. Michael didn't wish to be part of this change as he felt the club was sinking and it was time for him to bail. He was one of the most successful strikers at the club and a darling to many, his child like looks still make him seem like the 18 year old that stepped onto the worlds stage in the France WC 98. Real Madrid made an offer and Rafa didn't stop the player as we sold him to the Spanish giants. 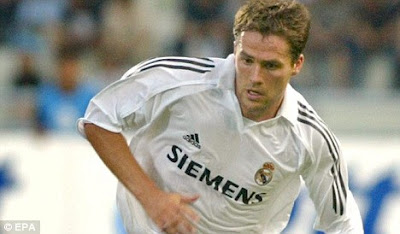 His career at Real wasn't all that he hoped for as he sat there at the end of the season having to watch his former team mates partake in what was to be the greatest final of all time, in Istanbul Turkey. After just one season in the LaLiga he made his way back to England to join Newcastle United in the hope to reignite his career and make the call up to the national team for the Euros. He enjoyed a lengthy spell in Toonside but it wasn't all that successful especially with trouble at management level with the clubs owner and the numerous changes being made, eventually his contract ran out and he became a free agent. 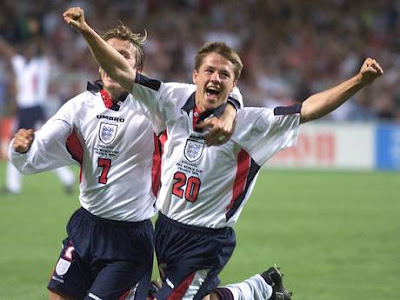 Now at the age of 30 and past his prime, not many top flight clubs would consider signing a player like Owen, he would be lucky to get offers from a mid table club but low and behold, whisky breath came knocking. Having come through the academy at LFC and spending 8 years with the club in the Premier League, he knows all too well of the rivalry and when he signed ,it left a very bad taste in many supporters mouths. How could he do this to us? How could he join the dark side and help them surpass the record held by LFC of 18 league titles? It just didn't bode well with many, including me. 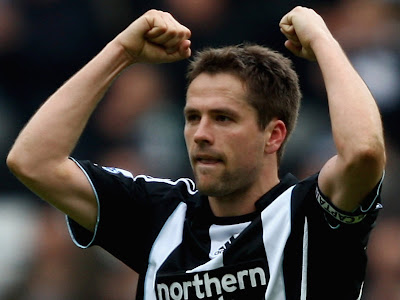 At the end of the day, its business. Like I said there wasn't a chance in hell that a top flight club would come seeking his signature but the (Red) Devil did. Steven Gerrard said in an interview not long ago that Michael called him up when he got the offer and said Owen did what he had to do, he had to look after his career and signing for Man Utd was the best he could get. It came at a price but it was a price he was willing to pay...I'm sure Utd make it up to him in cash. He spent most of the last few seasons on the bench before moving over to Stoke City at the beginning of this season. Seems like he'll be keeping that position as he didn't feature much in their starting 11 so far. 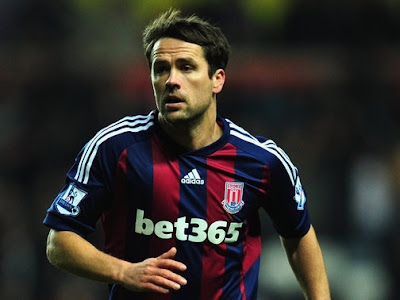 It still leaves me a bit angry to have seen him join United, players who are loyal to the club know better but to completely shun him would be wrong. There are many times he brought a smile to my face as much of my early memories of Liverpool were with him, Fowler and Gerrard. The goals he scored, the runs he made and the pride he brought to the club will never be forgotten and writing his name in folklore as he famously helped Liverpool overturn a 1-0 deficit against Arsenal at the Millennium Stadium, Cardiff in what was the first time a FA Cup final was held outside England. That still remains the best memory I have of him.