On Wednesday I was invited to the launch of HP's Elite series laptops and tablet PC's. The venue was the stunning Oyster Box hotel in Umhlanga, pity the weather couldn't match the venue but the function was held in doors so we were spared from the torrential downpour. 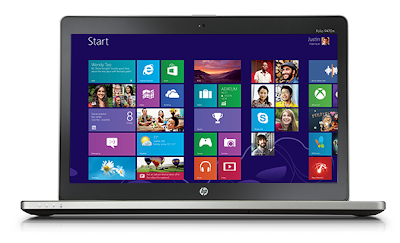 Hewlett Packard have always been one of the market leaders in terms of their notebooks but as modern trends are growing, the end consumer is opting for something, smaller, lighter, more durable but still must have the capabilities of their normal notebook. Step in HP's Elitebook series, essentially it is their version of the Ultrabook. Its powerful, small and is operated by Windows 8, which is taking the world by storm and fastly becoming the most used OS. 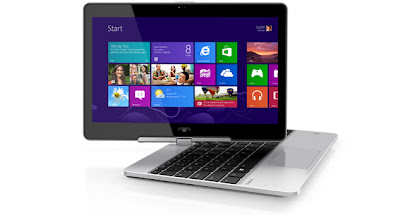 At the launch, HP revealed their Elite 810 Revolve. They spared nothing with this little device as it contains a 3rd Generation Intel Core processor, 256 Solid Slate drive, 4 gigs of ram and a 11.6" HD Touch Screen which, wait for it...revolves. Well that's where they got the name I suppose, its one of the most impressive ultrabooks I've seen. The specs are mind blowing and it runs like a dream. The keyboard is back lit so you can work in the dark without hitting the wrong keys. The revolving screen also enables you to flip it 180 degrees round and close the clam and you can use it as a tablet. The device itself doesn't weight much, coming it at about 3 kg's which is relatively light. Pricing for it isn't known as yet but I would bet its between the R25,000 and R20,000 mark. 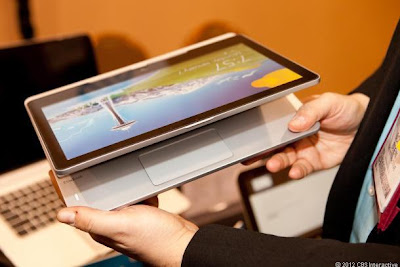 Next up was the moment we were all waiting for, the official launch of the Elitepad 900. Tablet PC's are becoming more and more popular but with the current favourites being the iPad, Samsung Galaxy Tabs and the various other Andriod operated tablets, none can offer the end consumer with a full PC experience. Microsoft have their surface but unfortunately it hasn't hit our shores as yet, Samsung have their Slate but it is priced a lot higher than the iPad and isn't the smallest and lightest portable tablet around.

The Elitepad 900 is a 10.1" tablet which only weighs about 700 grams is sleek, extremely durable so an engineer like myself can take to site visits without wrapping it in bubblewrap to protect it. Performance wise, it has a 1.80Ghz Intel Dual Core Atom processor and has 64gig on board memory. The Elitepad has 2 USB3 slots and 2 camera's, the primary being 8 mega pixel and the front has Full HD recording capabilities for live video meetings. 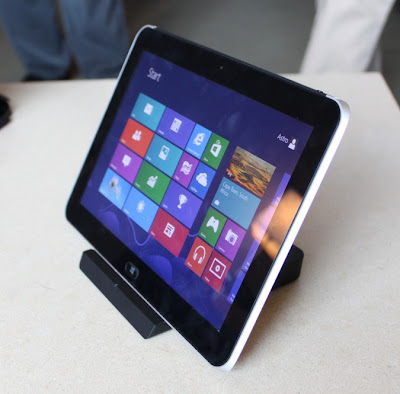 With this being their key product and only one the range, they have also made alot of accessories for the tablet, my favourite being the expansion jacket. Not only does it give the tablet more protection but also increases the number of ports you have and added micro SD card reader and HDMI out. There are also docking stations, added batteries to prolong life and keyboards etc. 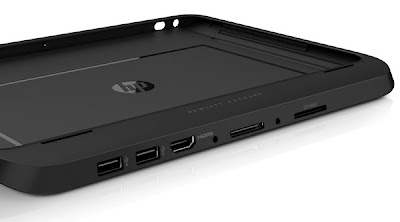 Again pricing for this device is unknown but if its around the R10,000 mark it is fully worth every cent. With Windows 8 as its operating system, it works like a dream, the touch interface works so well. If only they could've given me one after the launch since my laptop is on its last legs but I guess the finger food and whisky had to do. 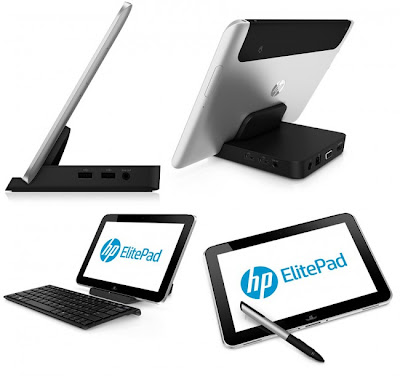