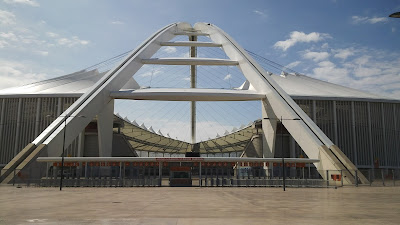 I was recently invite to test drive the new VW Amarok Auto, although the German manufacturers take on the famous double cab isn't new in SA this particular model has its the all new automatic 8 speed gear box which is a first in its range. 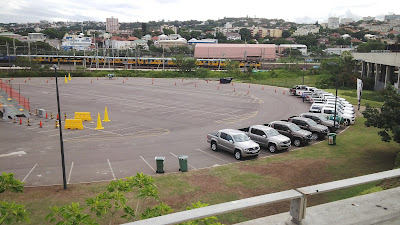 The venue was Durbans iconic Moses Mabhida Stadium, our hosts were members from VW's marketing team and on hand to give us advice was the legendary SA Rally driver Sarel van de Merwe. They had setup a 4x4 track in the parking atrium of the stadium which consisted of a steep incline/ decline, a container yard, 45 degree angled slop as well as a tyre road and skid patch. 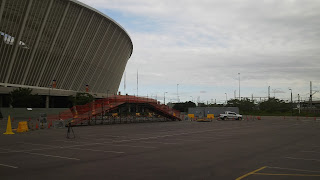 After getting a quick briefing by Mr van de Merwe, we were asked to pick an Amarok from the line up they had and we made our way to the course. Every person that went on the course was joined by one of the VW professional drivers to assist us along the way. First up was the incline to test the hill assist function on the car. We had to ascend half up apply the break and wait for the hill assist to kick in, what it does is hold the breaks for a few seconds giving you time to get your foot onto the accelerator without the actual car rolling. For hill descend assist, you tell the car at what speed you want the car going down the hill by using the brakes, thereafter you can lift your food off the pedal and it will continue at that speed. 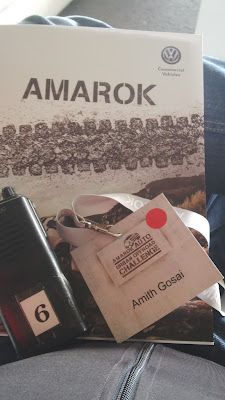 We then went on to test the PDC's but the highlight for me was the 45 degree wall, where I had to drive at 45 degrees side ways. It was quite scary seeing that it feels the car is about to tip onto its side but after the instructor assured me more than once, it wouldn't I completed the task. The tyre road was quite bumpy but show cased the cars suspension and ease it went through the course. The skidpad was obviously in place to test the ABS but due to a cleaner being in the way I couldn't really get the van up to speed. 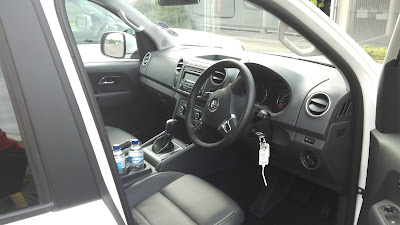 After completing the course, the instructor left me to myself and gave me a map with a set route I could drive to test the Amarok in urban conditions. Being an automatic, one would think the car would be sluggish but its quite the opposite and the 8 speed gear changes seamlessly. The driver is unaware of the gear changes unless you look at the hub provided on the dash. If you are going off roading, simply put the into 4x4 mode by sliding the gear into manual mode with is basically the select shift option available on most sedans. 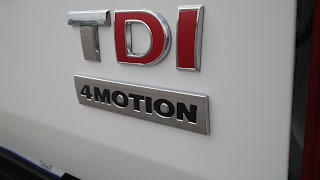 The TDI engine has a lot of torque so the Amarok is no slouch off a standing start and even though the car is rather big, it doesn't feel very bulky when driving in traffic. So manoeuvring around is rather easy without you worrying about bashing into someone. Overall I was left impressed with the vehicle, having never driven a double cab before I found it rather easy to get used to and the interior is almost the same as any other VW vehicle, so one isn't compromised on any luxuries. 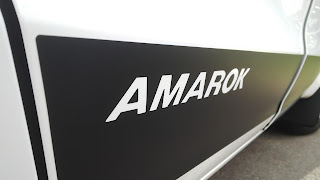