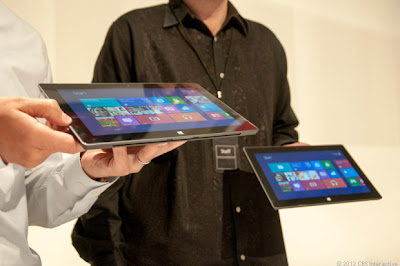 Last year I had the opportunity to view and play around with the Windows Surface RT as I said its an awesome device, definitely a major threat to other tablet devices in the market. Whilst it was pretty good, the RT wasn't the range topper in the for the Surface. This is where the Pro comes in, a few weeks back I attended a presentation which showcased what the Surface Pro was capable of. 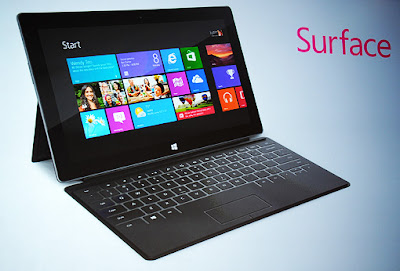 Firstly its size, the dimensions are pretty much the same as the RT apart from the thickness. It is a little less than double the thickness of the RT which isn't really that bad. Obviously with it being thicker the weight would increase but again, I've used tablets or slates that were heavier. The build quality like the RT is pretty good, the magnetic snap on keyboard works well and because its so thin one hardly notices it. 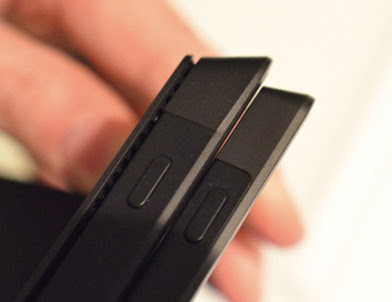 One might get put off with the Pro by it being ticker and heavier but it is with good reason. The Pro is powered with an Intel CPU and is basically a fully functional ultrabook. If one has to compare it to any of the ultrabooks in its range, the Surface Pro would probably be better. Portability for many is a key factor and many with ultrabooks like myself often find the need to have a tablet when moving around, yet if one had a tablet, because its limited in many aspects they would find them self wanting a notebook/ ultrabook. 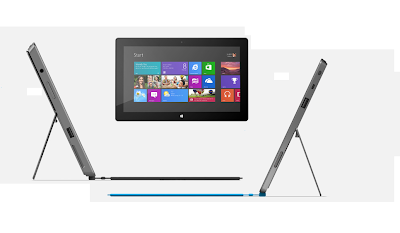 The Windows Surface Pro provides the user with the best of both. It can be a hand held tablet when need be and if the occasion arises where you need to do work that requires a keyboard, within a matter of seconds you can setup the keyboard which doubles as a cover and open the stand at the back and you're good to go! 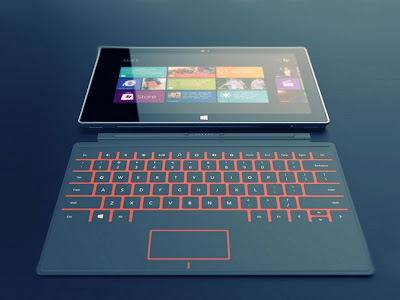 Now the Microsoft Surface isn't yet available in South Africa but as I learnt during my time at TechEd 2013, there are plans of it being introduced to the market in both the RT and Pro versions in the second quarter of the year. It will be interesting to see how the consumers react to this device, seeing that Apple has dominated the market especially with FNB's promotion of the iPad. Personally I would love to own one, Windows 8 does take some time to get used to but with the touch interface it works brilliantly.
Posted by Amith at 9:47 PM