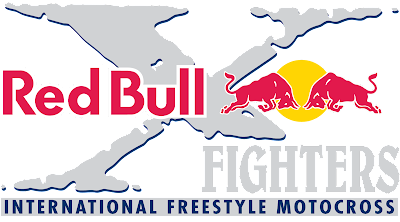 A couple of months ago my friend Kaptein Kai from Cape Town was down in Durbs and in true Durban fashion I took him out for a bunny chow. Whilst enjoyed the best fusion of curry and bread on offer, he mentioned to me that Red Bull X-Fighters has been confirmed for South Africa and we should go. Now being an Indian, majority of us are not into the "extreme sports", hell the most extreme thing you'd catch an Indian guy doing is wheel spins after he beat someone at the drags. Now I have been to a few Red Bull events in the past and to say they were pretty rad is an understatement, so I decided to dig up more info on this one. 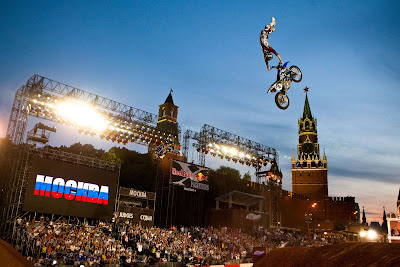 Red Bull X-Fighters is a freestyle motocross stunt competition where competitors from all over the world face off in an area,, bullring or a venue that is similar. The venues chosen are ones that bring the crowd as close to the action as possible as there is some interaction with them, when they like what they see, they can wave a white flag. The first competition took place in 2001, Valencia, Spain at the bull fighting arena and the competition has made its way around the globe since then, travelling to countries such as Mexico, England, Brazil, USA, Poland, Australia and now they're coming to Pretoria! Now I know I said many Indians aren't into this type of sport, well I meant us local South African ones because the biggest recorded crowd at an X-Fighters event was 230,000 ....in Sri Lanka. Then again, one of the most used transport in the subcontinent is the motorbike, so it makes sense. 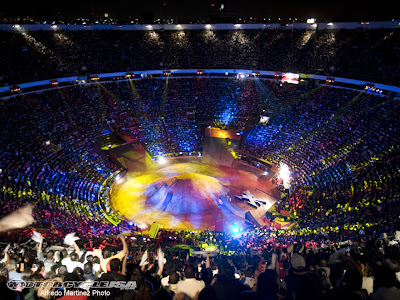 Coming back to the Pretoria leg, the event will be held on Saturday the 7th of September at the Union Buildings! They couldn't have chose a better venue if you ask me, just imagine the bikers free styling through the air with that landmark in the back, its going to be epic! It will be the last stop of the 2013 tour and tickets are on sale from Computicket now! So don't miss out on this amazing event! 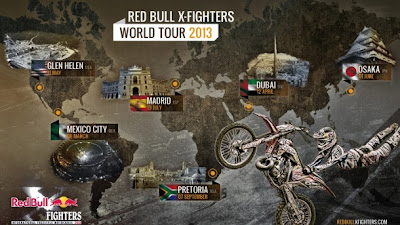