The North American International Auto Show is on in Detroit "Motor City", its the biggest show on the North American continent and usually its the American brands that pull out the show stoppers but as it was discovered yesterday, its the guys from across the ocean that came packing with the big guns.

I've been a Toyota fanboy my whole life, I grew up with the brand and eventually my first purchase of a car was a Toyota, so naturally I'd like to see them produce new exciting cars but of recent years there wasn't much to excite one. Yes the 86 was launched a few years ago but again, it's a good car but nothing to rival the competitors in terms of a high performance sports car. Even on a smaller scale, I and many others were sad to see them discontinue their hot hatch competitor. The money is there, they have the talent, but why are Toyota holding back? 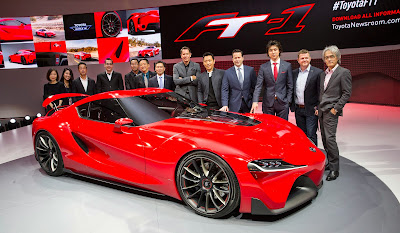 My friend, who works for the company tells me its because they have "small balls", I sided with him on that argument. You have the Germans, Italians, French and new kids on the block the Koreans, taking risks, going extreme and 9 out 10 times it paid off, that takes balls, big balls. Toyota always seemed to have taken the safe conservative route, going for designs and cars that will appeal to everyone of the paying customer but at the same time won't win any awards for outstanding design. The methodology seemed to be "do it simple but do it right", which is fine... if you have small balls. 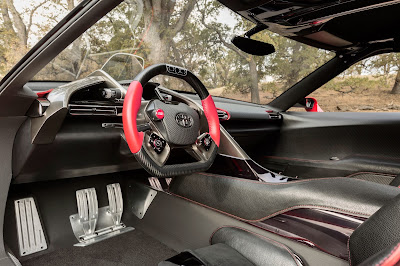 Step in the FT-1 Concept (Future Toyota 1), when I first saw a picture of it barely minutes after it made its début at NAIAS, I was blown away. Was this really something that came out from Toyota's stable? It was everything they're not for the past few years, screw braking boundaries, they smashed it down and marched all over it! The car it self looks like something from an Animee cartoon, the sharp edges, flared arches, bold lines, no matter which angle you look at it, you will be flabbergasted. 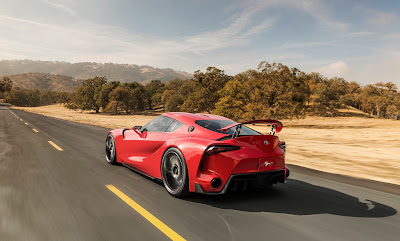 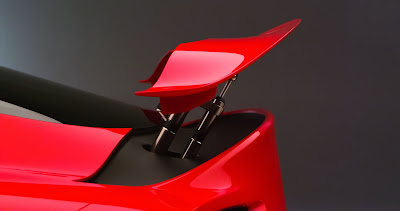 It's not a thing of beauty, it's a menacing beast with strong Japanese influences shining through, there is some resemblance to that of an ancient Samurai warrior with tones of Toyota's LeMan and F1 car heritage integrated into it. At the unveiling, Calty's Design Research President, Kevin Hunter said that "the FT-1 is a symbol of Toyota's design future", which can only mean an exciting future on up coming models. He also went on to say how Toyota CEO Akio Toyoda challenged designers to create cars to "spark peoples emotions", something they've seriously lacked over the years but got it spot on with this one, it may sound weird but I wanted to cry after seeing this car. 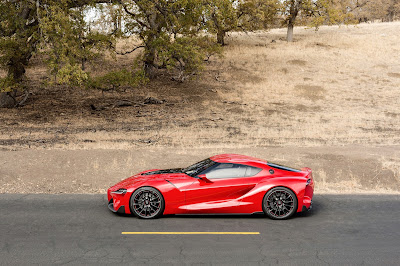 No performance specifications have been released as yet and with it being a concept, there will be changes to the design if it ever reaches production, I just hope it wont face the same clippers that the FT-86 faced. Personally I think has to reach production because Akio asked his team to create a car that will make people say  " I want this! I HAVE to drive this!!! " so they can't show us this and take it away. Many say it will adopt the Supra name which in my opinion is great, due to the fact when one thinks of Japanese sports cars the first 3 that come to mind is the Nissan GTR, Honda NSX and the Toyota Supra. Back in its hey day, the Supra was one of the most feared cars on the drag strip and it still has a high cred on the drifting circuit. 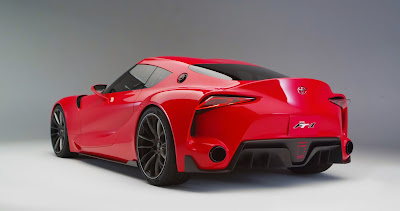 For those who cannot wait to get behind the wheel of this beast, it is already available to download on Gran Turismo 6 on PS3 and PS4. I'm actually considering buying that game just to download this car! One thing the Toyota FT-1 Concept helped prove, is that my friend and I were wrong, Toyota went onto one of the biggest stages of world motoring, pulled its pants down to show us that they do have big balls, VERY BIG BALLS! 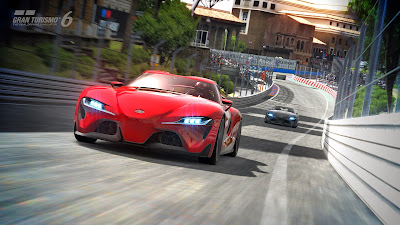