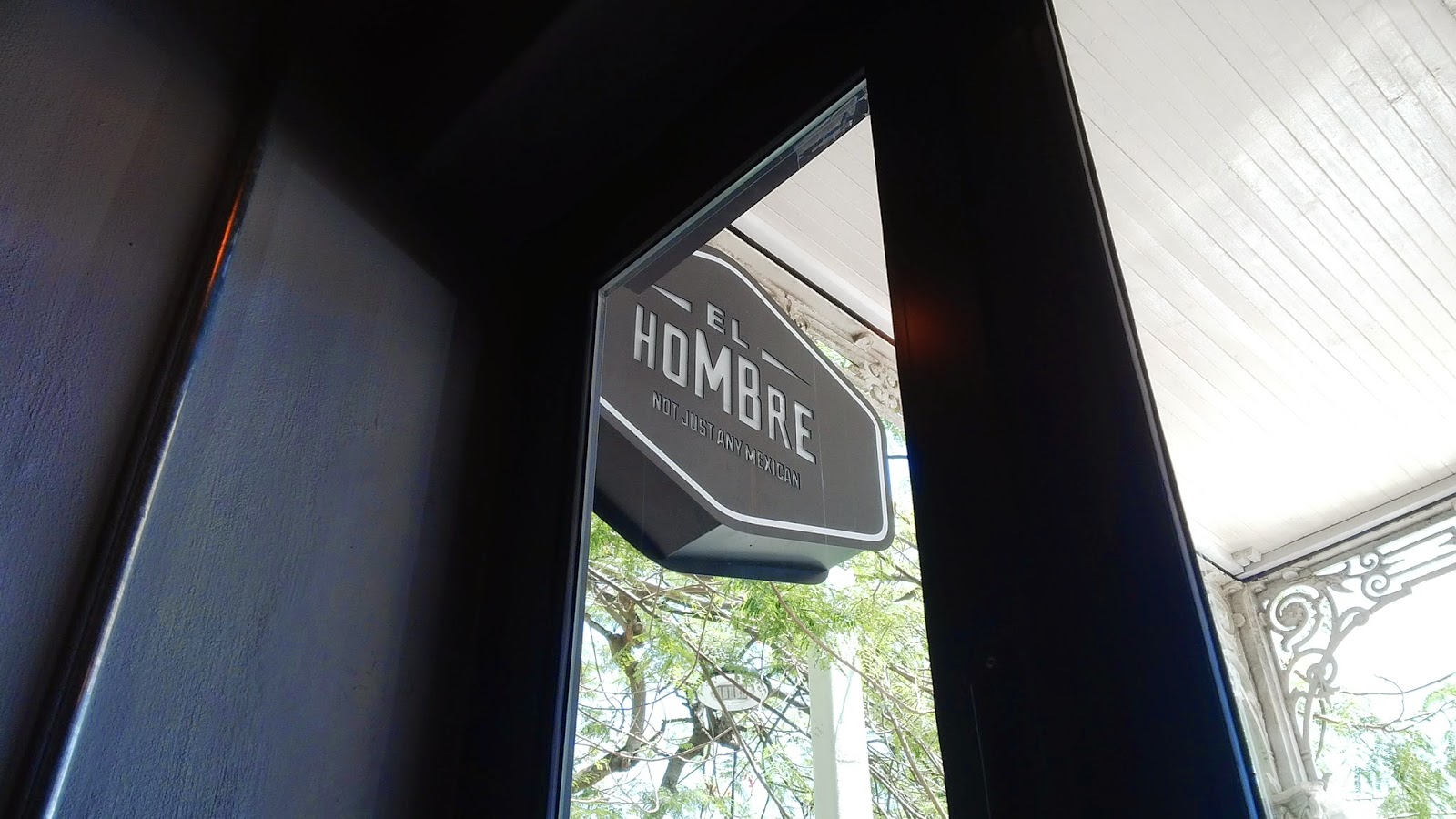 There's a new Mexican in town but it's not just any Mexican! El Hombre has been open for a while now on the ever buzzing Florida Road, situated next to the new Spiga Side Bar, it offers customers quick on the go Mexican chow. Now Durban has very few Mexican eateries and even the ones on offer aren't the best as I feel the food is not that great and authentic so I decided to head down to El Hombre seeing that it was causing quite a stir on the social streams and also to see if it lived up to all the hype. 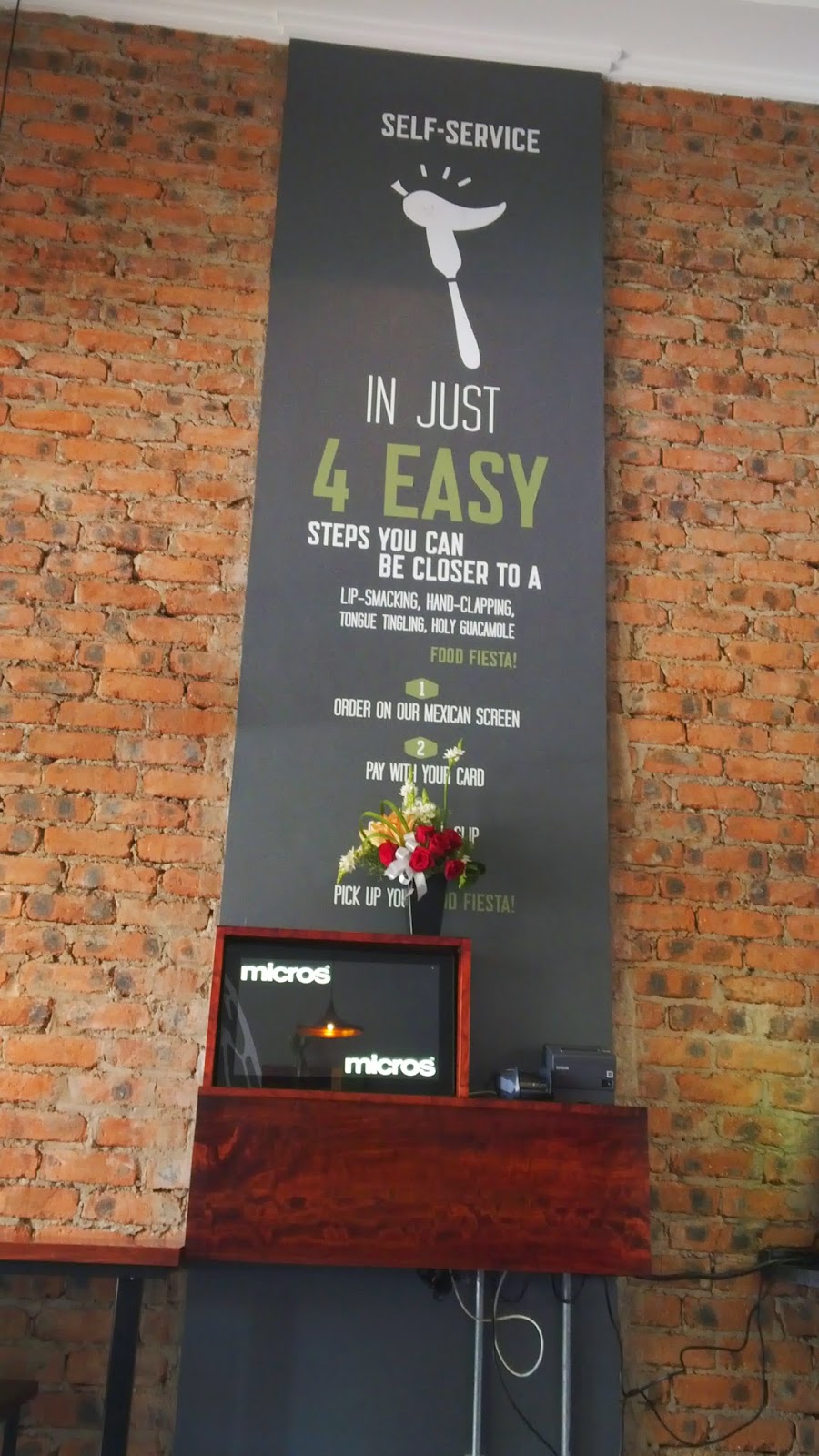 The store has a pretty cool layout, very modern, clean and makes good use of the space. The menu, which might be a bit confusing at first glance but after a brief run down on how things work by one of the friendly staff, it doesn't seem like rocket science. Basically you have a choice of 5 bases, 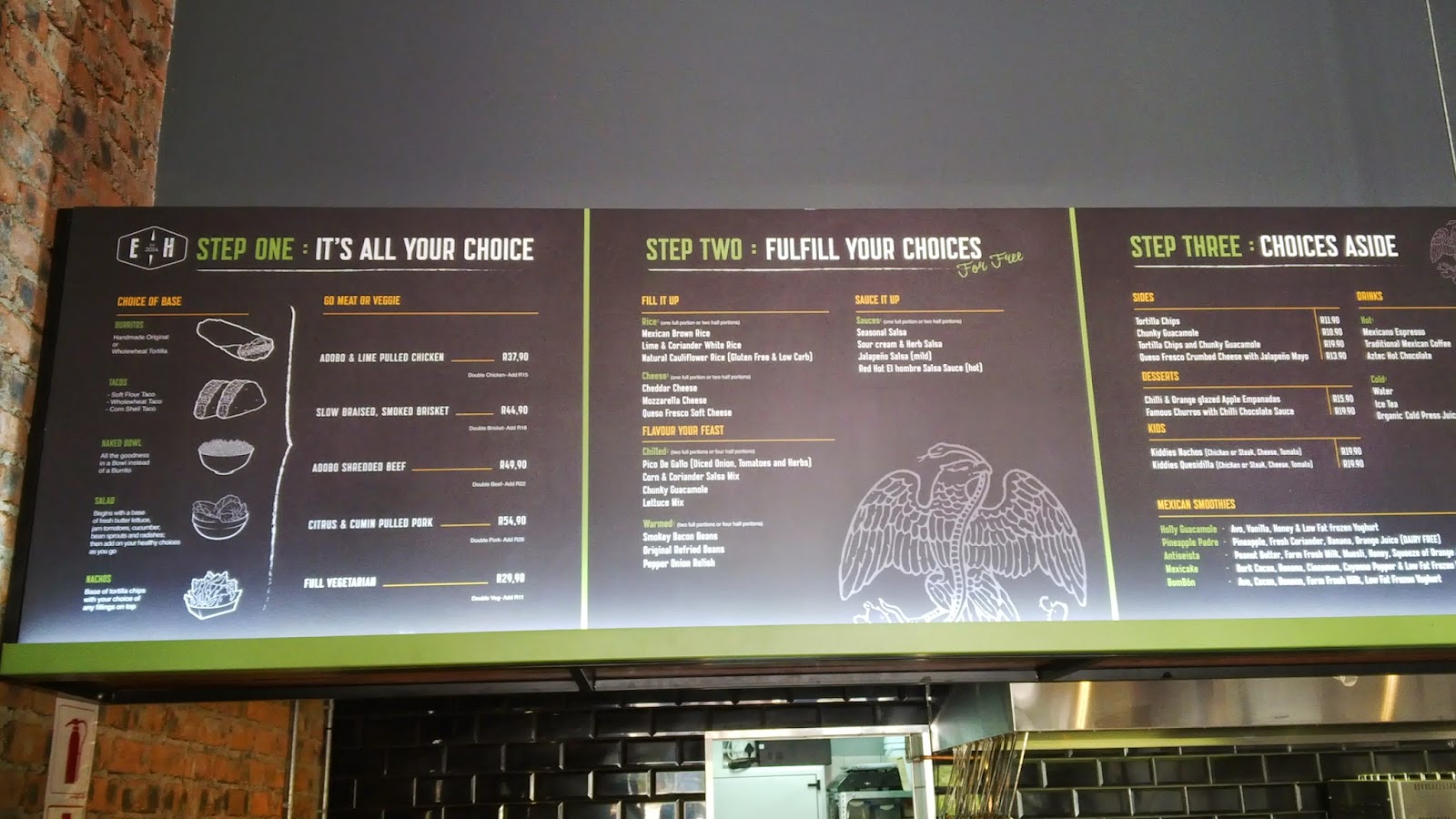 Once you selected your base, (I went for the Burrito) it's time to choose your meat. They have a variety to chose from which is always great. From chicken, smoked brisket, beef, pulled pork and even a veggie option.  Then you move onto the next step which is filling it up, There's loads to choose from, different types of rice, cheese, salsa's, guacamole and re fried beans! You don't have to opt to add everything but if you're looking for a hearty meal, I suggest you do. They are working on an interactive touch screen menu/ ordering system as well. 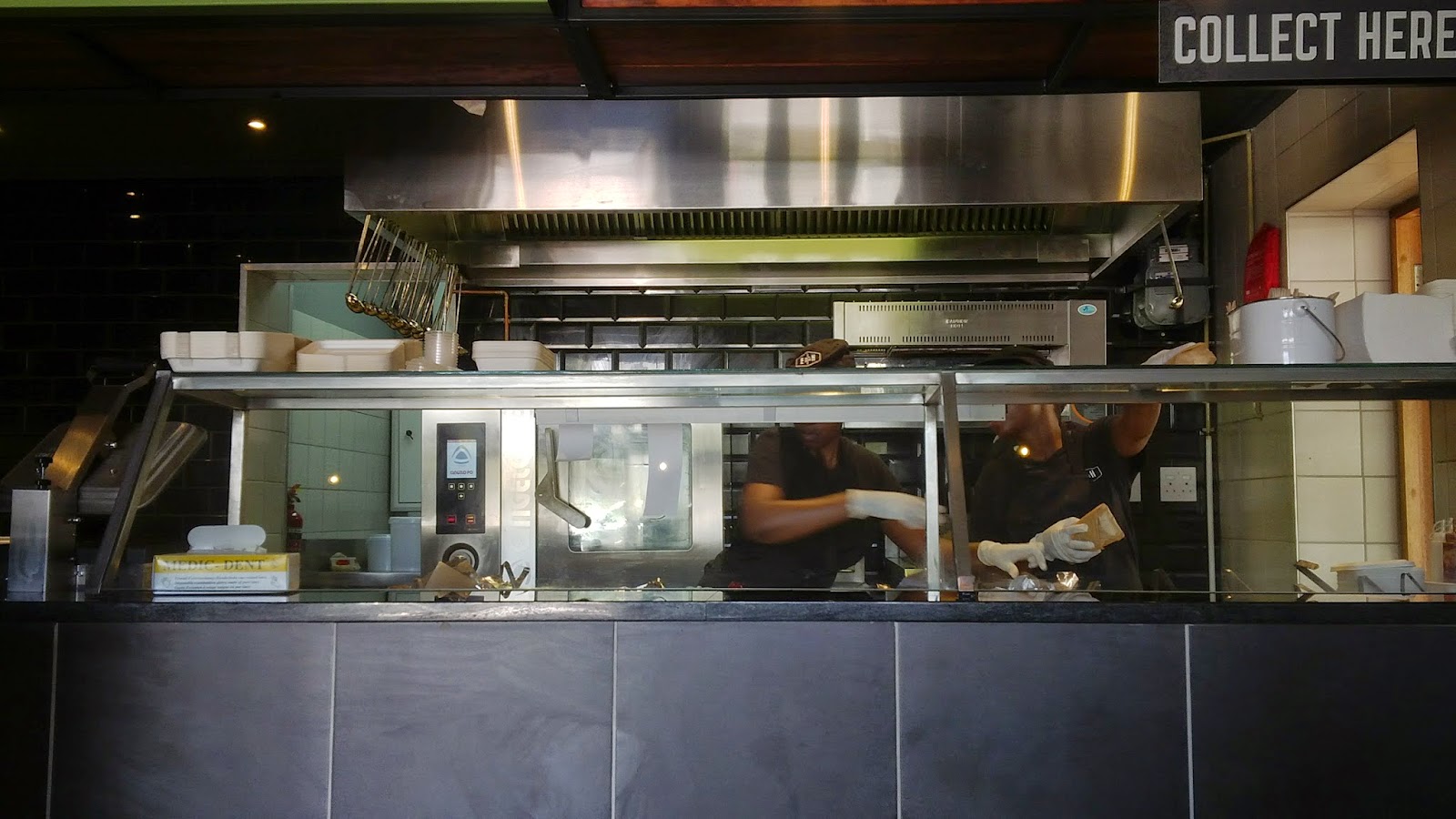 Once I got my Burrito, all neatly packed in shiny foil, it did seem a tad bit small, so immediately I wondered if it would fill me for lunch. Once I started to tuck in though, I realised with all the filling it is quite...filling. I opted for the chicken, which was marinated in Adobo & Lime, I felt that with the various other stuff I added to it, killed the taste of the meat. It lacked spice, but not in the hot way, everyone has this misconception that Mexican food needs to be hot, the spice I'm talking about is the natural spices they use to cook with, your cumin, oregano and yes a bit of chili too. They did have the various Tobasco sauces on the tables which I added to compensate. 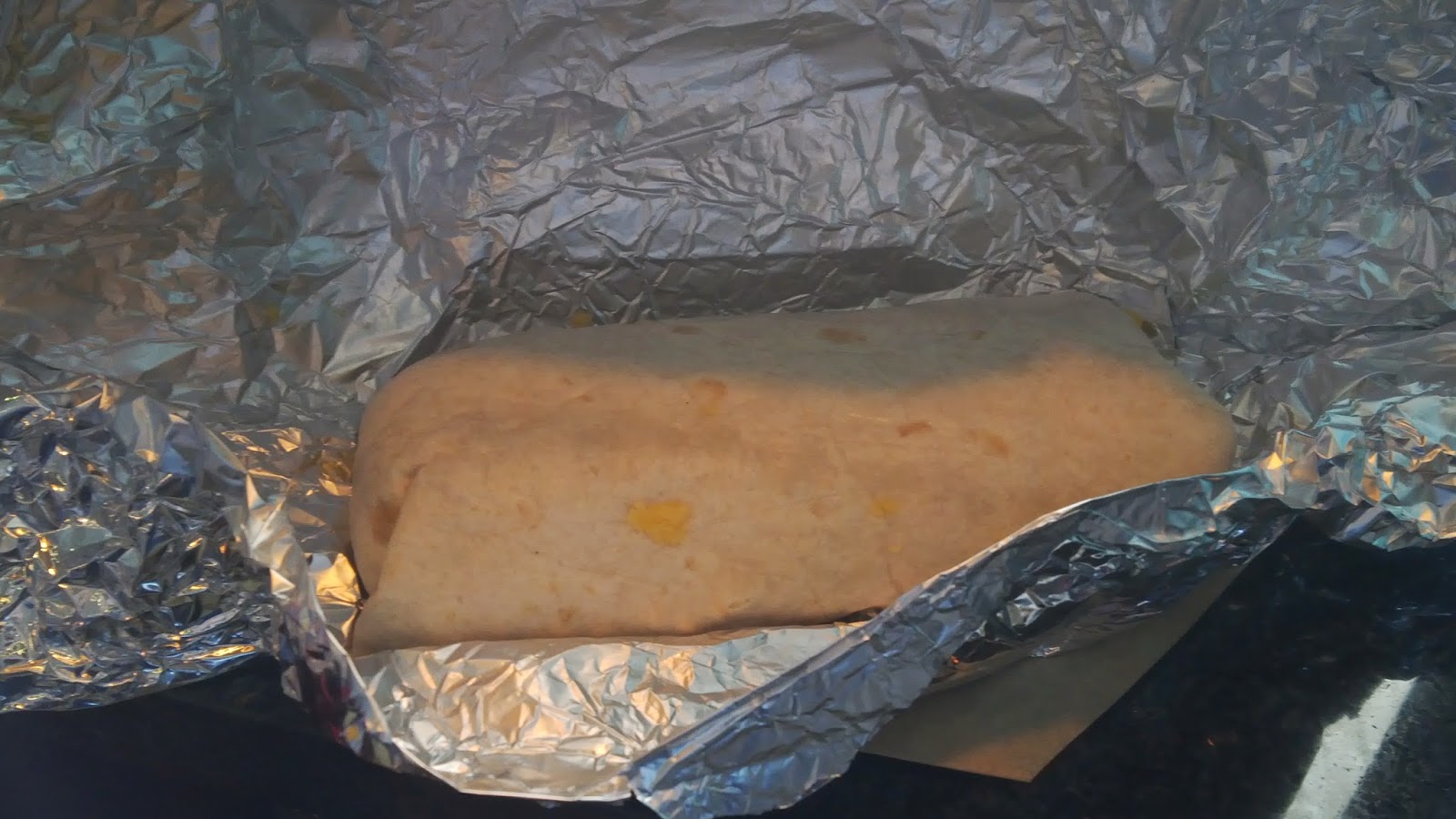 Overall, it was good, better than any other Mexican I've eaten in Durban and even though at first I did think it was a small serving, it was satisfying for lunch. If you're still a bit peckish, they do have some Mexican desserts on offer, a chili and orange glazed apple empanadas or one which I had my eye on was the Famous Churro with chili chocolate sauce. Also a host of drinks, cold, hot or even alcoholic if needed. They even make a range of smoothies. 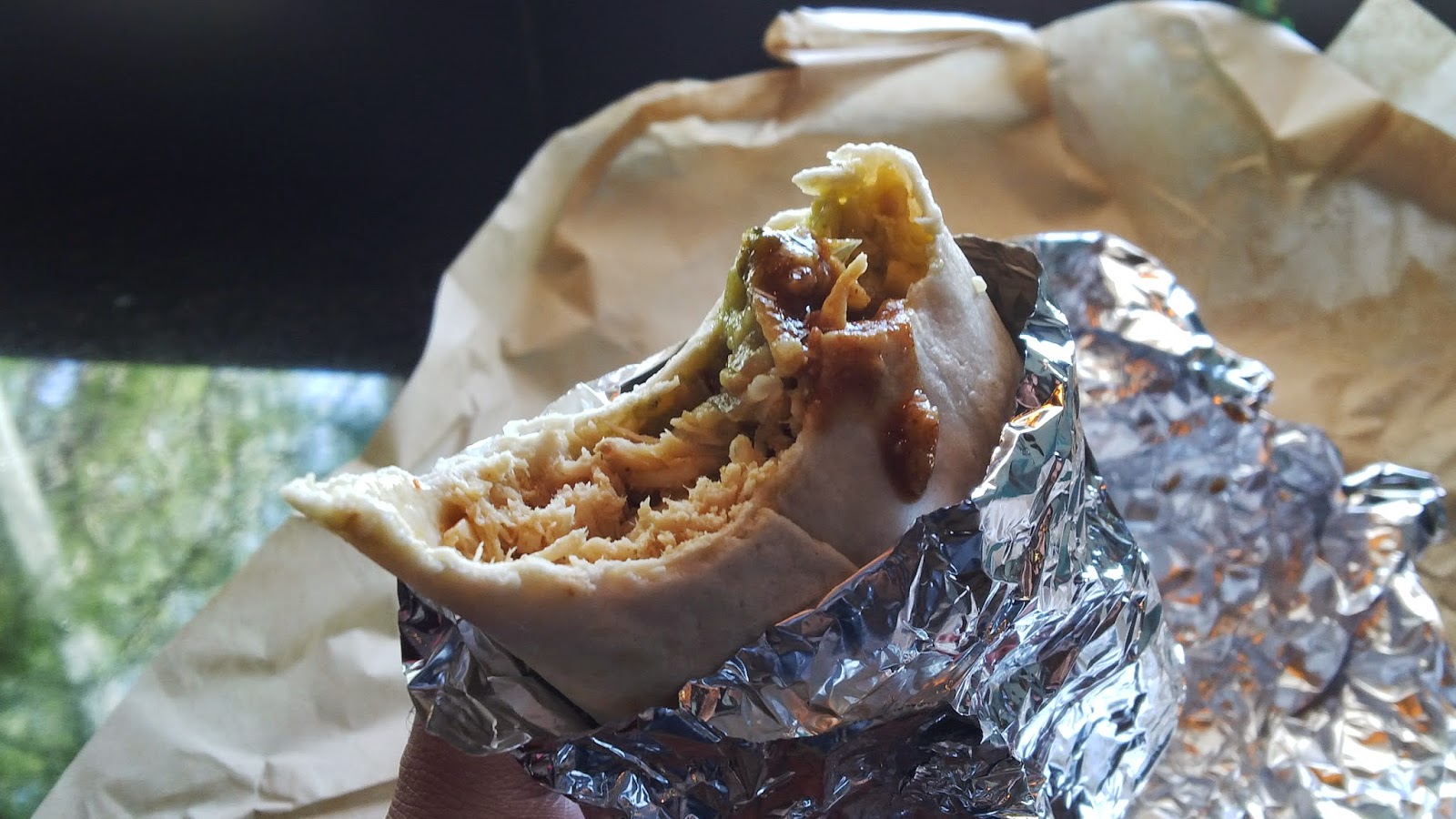 It's a great concept and I'm glad that we're getting these sorts of establishments coming up, we're normally so drawn to the fast food outlets in which we eat the generic foods we've become so used to. Here's something fresh, serving organic, healthy meal options, at a decent price and on the go. Will definitely be back to try those Churro's out as I didn't have space for them after my Burrito.