Clarkson, Hammond and May - LIVE! 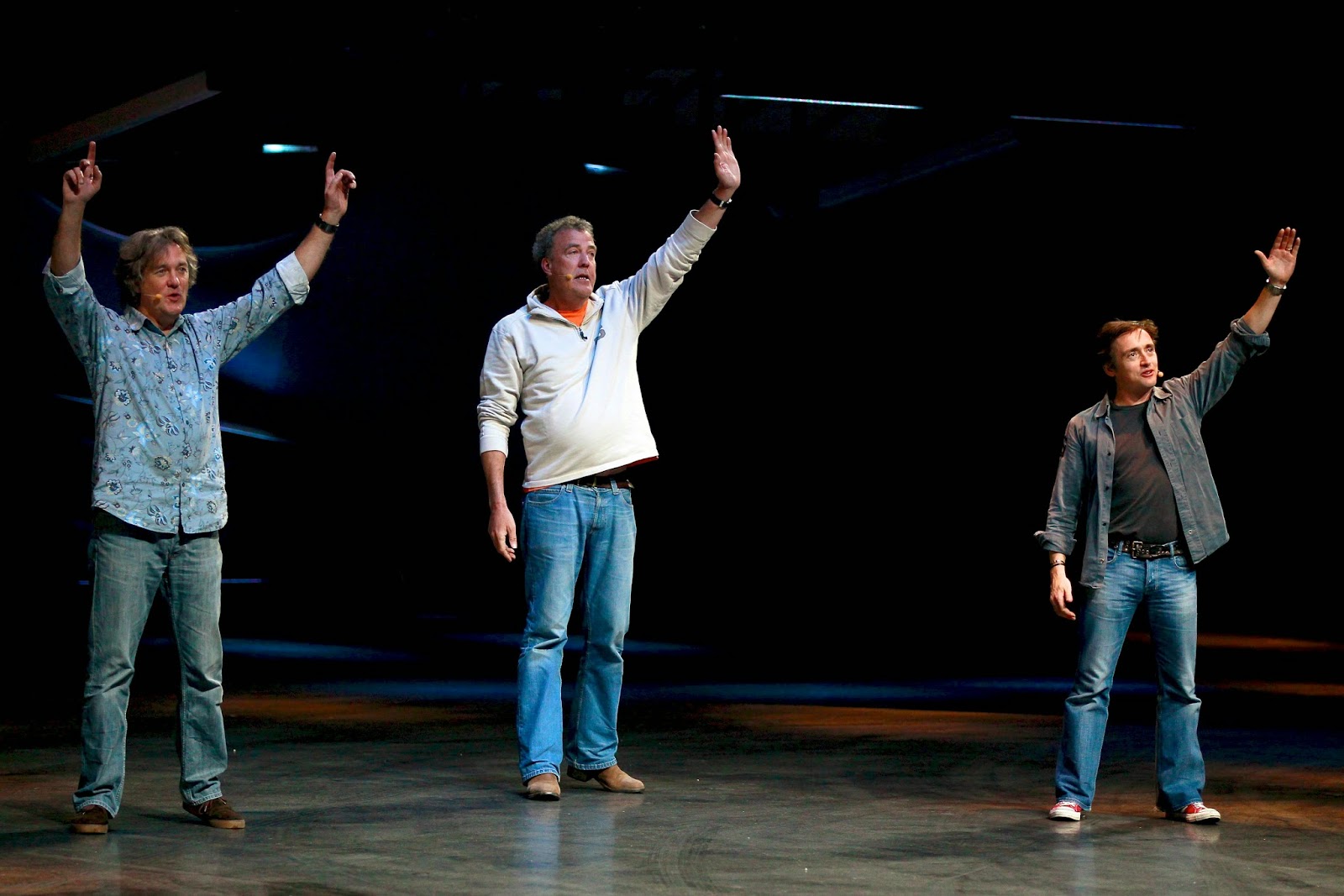 Well after much speculation, many fans around the globe are glad to hear that the 3 musketeers of the motoring world are returning but not to a TV screen but rather a live performance. Following the recent happenings with Jeremy and his former place of employments, many were unsure if the live show that was bookmarked to be held at the Ticketprp Dome in Johannesburg would go ahead, but producers of the event have answered that question now, stating that they will be touring South Africa and they cannot wait to be back.

It's been 4 years since the team last had an event in Johannesburg and whilst they enjoyed success with it in Durban, they're equally happy to be performing in the North again. The shows creative director, Rowland French had this to say: "We absolutely love the fans in South Africa and we're thrilled to be returning to Johannesburg for the first time in four years, for a limited number of shows that are sale for 2015 only. Jeremy, Richard, James and the entire production team have always had a great time in South Africa and truly believe it has the best fans in the world. We;re looking forward to putting on an incredible show, featuring all the things people know and love the presenters, as well as the spectacular action sequences the production has become famous for."

Fans of the show can expect much of the same from the trio, the action packed 90 minutes show is sure to include smoking tyres, jaw dropping supercars, loads of entertainment and laughs galore. If you are a petrol head and miss seeing these three on your TV screens, you know you have to attend this show so making sure you booking your tickets early for the best seats in the house! Pre-registration closes tonight the 14th of April at midnight. Once pre-registered, you will be legible for pre-sales which open on the 15th of April. If not, ticket sales open to the general public on the 20th of April 2015.

There will be 4 shows in total from the 12th - 14th of June, with 2 shows on the Saturday. Ticket prices range from R395 to R995. For the die hards, there are also two hospitality packages available,


To book these extremely limited packages, contact Wendy via email on wendy@befestivals.co.za or call 031 303 9177.

Visit the website for more info and to pre-register for pre-sales: www.clarksonhammondandmaylive.co.za
Posted by Amith at 9:39 PM