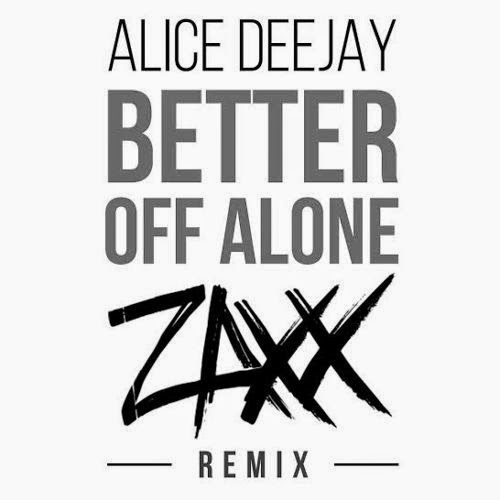 It's not Friday but we're doing a flash back of sort, who can forget Alice Deejay's "Better Off Alone"? It's one of those songs that brings back the nostalgia of clubbing in the years when dance music was just hitting the scenes. At the time it was one of the biggest tracks around, being played at every party and every radio station, till this day the original is still a classic but as with most good classics, they get reworked. With this song there has been many and I mean many remixes, most recently Dash Berlin brought out his remix of the track but today's featured remix is by ZAXX , a 17 year old producer from Staten Island in New York. I think he's remix has done the song justice and brought it up to date with today's modern sound but still maintains that great tempo from yesteryear.