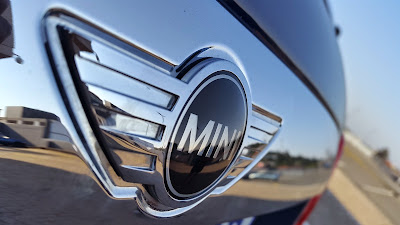 When I get sent a car to test, one of the questions I ask myself while having the car is, "would I buy this car?". That question could be very open to various answers, but the question I pose to myself is being in my current financial standing, with the the money I have and I had to the opportunity to buy the car I was given, would I? ...well with today's car, the answer would be yes! Even if we did have a little bit of nasty history between us since the launch late last year. 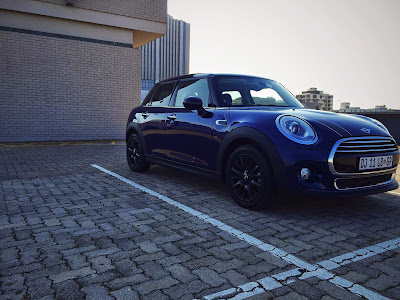 Impressions
Yup, as the name says, it is "Mini" but you got to give credit to the design team that revolutionised the iconic car. If one had to compare it to the original, it's grown up in leaps and bounds and learnt a good few new tricks. As always with Mini, the car stands quite boldly with its grand colour schemes and various decals to chose from, so the buyer can customise the car to his or her liking. In fact there is so many options available now that its very rare that you would find two Mini's that are exactly the same. 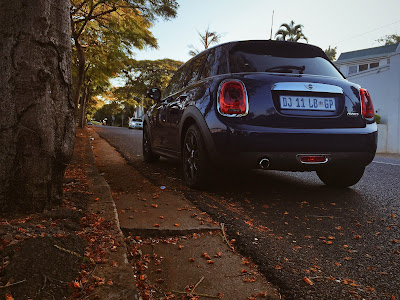 Comfort
The Mini 5 door is said to rival hatch backs such as the Golf, A3 and probably the A Class, in terms of size, it is slightly smaller than those but surprisingly spacious. I'm a big guy and after adjusting the drivers seat to suit my comfort rather than driving style, an average sized adult can still manage to sit behind me. Note I said to suit my comfort rather than driving style, I'm not your typical Durban Indian driver with the seat reclined and lowered as much as possible to mimic a person sitting in their lounge, my seats are adjusted for optimal driver visibility and free motion of the arms but with the Mini steering wheel being a bit big, I had to lower the seat completely so it wouldn't hit my leg all the time. 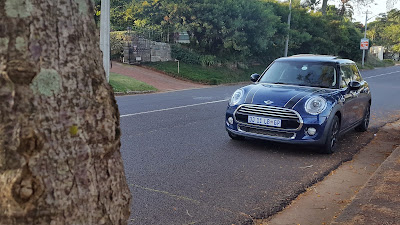 Storage
Okay, its not the biggest boot out there but 278 litres is pretty decent and when you drop the rear seats, it grows to 719 litres. There is also a clever storage compartment under the boot for you to store items that are flat and that you don't want rolling around. It's can accommodate quite a bit of baggage as I found out after taking one up to Johannesburg earlier this year. 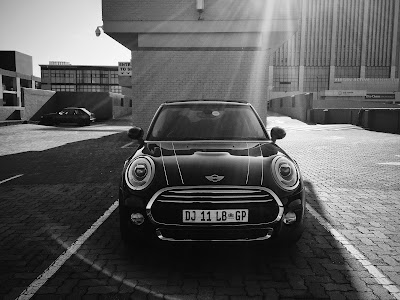 Power
Until now, you must be reading this review and wondering why the hell would I buy this car after saying what I said so far? Well here's where things change. The car is powered by a 1.5 litre twin scroll turbo engine, using the same tech as its sister company BMW but with a few more surprises from Mini, like the nice tone that the exhausts makes when you rev the car. With 100Kw and 220Nm of torque, it has the making for a little pocket rocket. Even with the manual gearbox, the car delivers a punch when needed. Flick the switch over to sport mode and you poke the little demon inside. Not much changes in terms of engine performance but the suspension stiffens and makes it more agile around bends at high speeds. 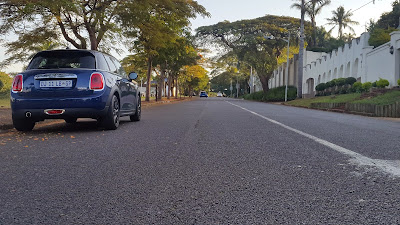 Control
It's small but not light, the cars build quality it testament to the weight which just over 1230kg's. With the twin turbo engine, low centre of gravity and go-kart like handling, this car is a joy to drive. It's so much fun to be behind the wheel of this car that I even found myself driving to work every morning! Like I said with sport mode, it gives you confidence to attack corners at speed and with its small turning circle the steering is almost kart like. With the big tyres that are most of the time pumped up, the ride can be bouncy at times, especially when hitting an uneven patch of tar but otherwise very stable. 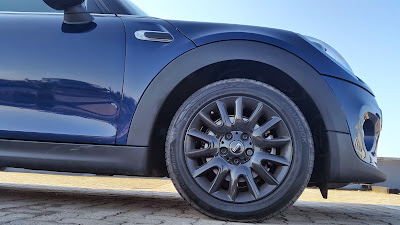 Extras
As per normal, the car came loaded with extras, but for once it didn't have satellite navigation which I found strange for a press vehicle, I suppose it's a good thing I know my way around town.  What it did come with was equally cool, rear PDC's along with a reverse camera, bluetooth audio streaming, glass sun roof which for me is a must on a Mini, it completes the car, heated seats which funny enough did come handy on more than one occasion as Durban experienced some chilly nights and my best would be the heads up display. Unlike the BMW's, which project the info onto the wind screen, the Mini has a shield that deploys from the instrument panel and rises to which the info is displayed upon. It was one of the stand out party tricks of the car, apart from the colour changing LED cabin lights.


Verdict
Like I said at the beginning, I would buy this car. Why? It's small, which means its easy to navigate with, its quick and has one hell of an engine. It can be economical if driven properly but even if driven like a moron you can get decent mileage from a tank, bearing in mind how heavy the car is. It's retro styling still wins me over, especially with these new generation models with the interactive screen with Mini connect and the switch toggles below it. The car although a plain old Cooper was still a head turner. The car attracts attention, no matter where you go and last but not least the driving experience it gives you. You're so one with the car when driving, it's quite exhilarating. 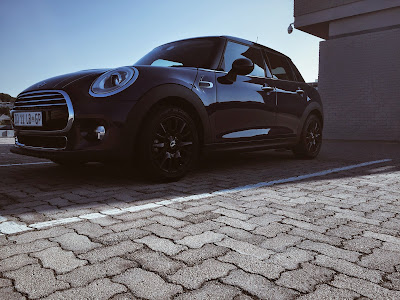 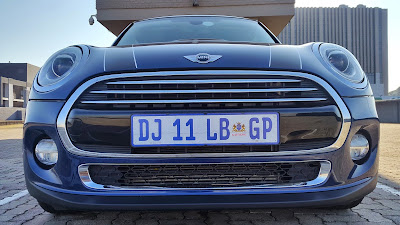 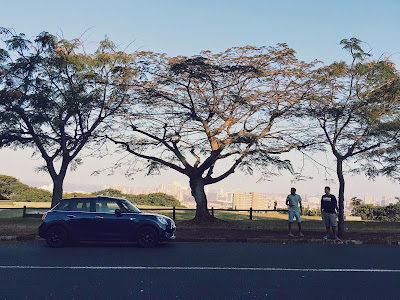 Thanks to Yuvi K Photography and @Mavric1101 for the photo shoot.
Posted by Amith at 10:51 PM