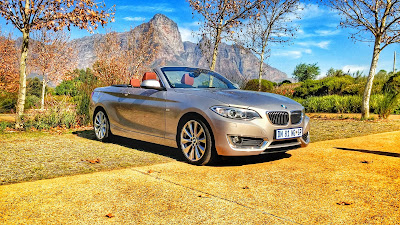 When BMW launched the 2 series, it was a whole new model with a sense of individuality to it, they didn't want it to be just a 1 series with a boot like the previous 1 series coupe. Yes while it still may have been based on the 1 series, the 2 series was different in many ways. The styling was quite different with much longer and sleeker head lights, the car itself seemed a bit lower in height and of course the redesigned boot and rear headlights. The car looked like a mini racer and with the various packages offered by BMW, the customer had plenty to chose from . 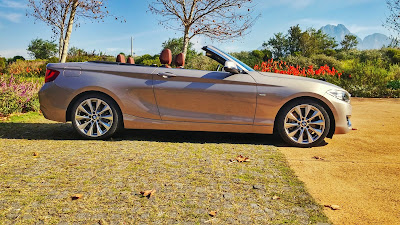 Funnily enough one of the most sold models is the range topping 235i, which was the star in the infamous BMW Drift Mob video, might I add that it was shot on our shores in Cape Town. I was never lucky enough to get the 2 Series coupe to test but upon my recent visit to the Mother City, I was handed the keys to the BMW 228i Convertible, its like the coupe but with an optional roof. I must add that the thought did cross my mind to re-create the Drift Mob video but on second thought I knew it would land me in a lot of trouble with the authorities. 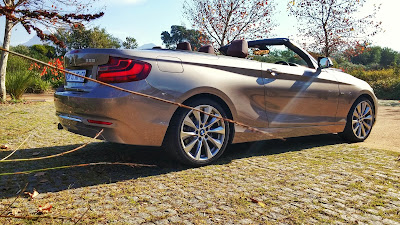 Comfort
The car is a 4 seater, almost all the time I was there, there were 4 people in the car. It's a bit of a squeeze, especially for the passengers sitting in the back but all in all we manged to fit. I'm sure if you asked the guys who sat in the back, their answer might differentiate to mine but I thought majority of the time we were comfortably seated in the car. Ride quality is good, even though the car looks low, it isn't that much as perceived. The seats are fully adjustable should you require specific seating positions and when there are less passengers in the car you can sit however you like, just not like an idiot where you half sleeping. Even though the car came with a fabric roof, there was little to none noise when closed, and even when open, the deflection of the wind kept the chill out and allowed us to enjoy the sun...okay since it was winter we had to turn on the heater a bit. 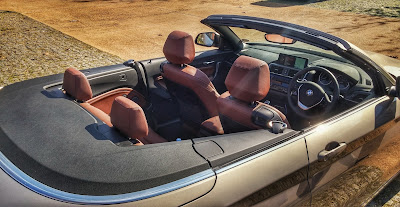 Storage
I'll be honest, I thought our luggage was never going to fit but the boot did well, 335 liters  manged to fit 4 fully packed cabin sized bags in the trunk along with 2 nap sacks. Being a fabric roof, it also didn't require half the boot to fold into, so merely pulling down the level in the boot which minimized the boot space by a fraction, bringing it down to 280 liters and that was all that it took to drop the top. Then again the car seems like a cruiser weekend car, but if its just for two people you can event stash some of your extra baggage on the back seats. 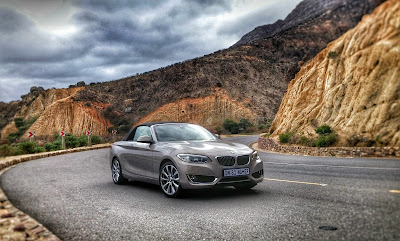 Power
It seems that I always tend to get this engine from BMW, whether its on the 3 series, 4 series, and now the 2 series. Not that there's anything wrong with the "28i", I personally feel its one of their best engines. It gives a little bit of both worlds, which is fuel economy and power when needed. The 2 Series 228i packs 180kW and 350Nm of torque, that power along with its small and well balanced chassis is more than enough power to send you smiling side ways into a bend. The car is extremely agile and at times felt like a Mini. Because of its size it makes it feel like a go-kart but the distinct BMW flair and luxury is still pretty evident, it was much enjoyed testing this cars abilities on Chapmans peak drive in Sports mode, just aim and accelerate and watch it devour those turns! 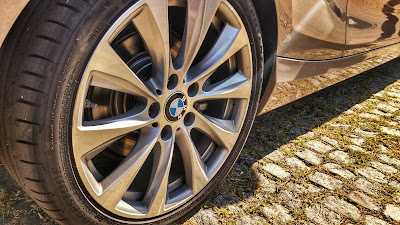 Control
As I said above, control on this car is something else, its size and turning circle gives you confidence to attack bends more aggressively. Although the car is known for drifting, it doesn't feel like you will lose your back end easily, maybe in Sport Plus mode with the traction control off it might be a different story but from Eco mode up to Sport, it holds its own very well. The 50/50 weight distribution is spot on with this car, like I said earlier, that go-kart feel when driving just escalates the drivers senses when driving. Things change when you drop the top tough, immediately you want to slow things down to 60Kph which ultimately helps with your fuel bill! Not that handling is affected without the roof, wind noise and enjoying the environment you're plays a big part of it too. 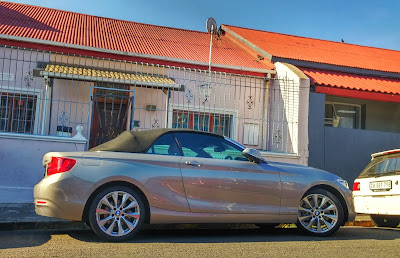 Extras
This particular model came with most of the toys, front and rear PDC's, full screen satellite navigation. BMW Connected drive which came handy on more than one occasion. Harman Kardon sound ensured the quality of sound was not distorted even with the roof down. The luxury kit came with some great finishes, such as the oak trim and cream leather as well as the turbine rims and chrome edgings. It's one of my favourite packages from BMW and looks great on any of their models. 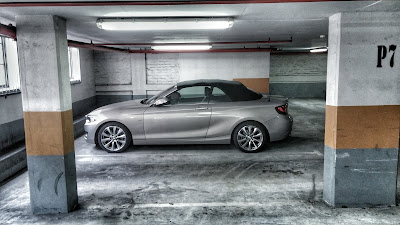 Verdict
I'm not the biggest fan of sunroofs or convertibles but this car might have changed that for me. Its small, nimble but quite a good looking car as well. Many people who saw the car fell in love with it and I can understand why, it has a certain charm to it and while everyone preference might be the M Sport kit, I am personally a big lover of the detail in the luxury kits BMW offer. Driving with the roof down was an amazing experience, even in winter, it also made it great for the budding photographers I had seated in the back, no roof meant they could capture much of the areas we were driving through in greater detail. Another thing with the roof down, you're guaranteed to be checked out by the people you pass, heck! a lady seated in the Ferrari was also checking this car out! So it goes to show, size doesn't always matter! 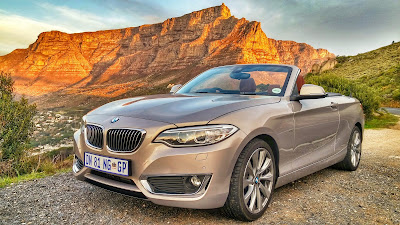 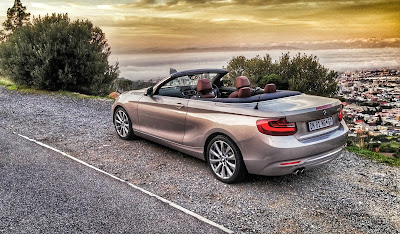