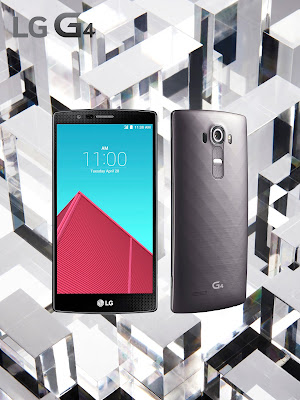 You could only imagine my emotions after getting my LG G3, 2 months down the line LG release the G4. As would any tech fundy, you want the best and the latest that is out there on the market, not to say the G3 is bad but knowing there is a newer one out there just annoys me a tad bit. Anyway, LG invited me to the local launch of the LG G4 at the Oyster Box Hotel in Umhlanga, like all their events, theres an element of class to it. From the venue, to the presentations and the of course the product. 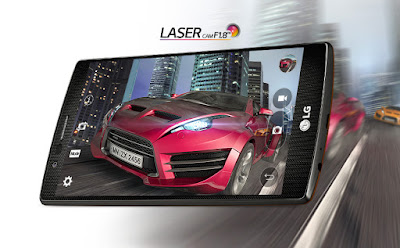 It was the first time I was going to get to see the phone in metal but before I could get my  hands on it, LG's GM for Marketing, Thomas van der Linde gave us an insight into the thought process that went into creating the G4 before Eric, LG's Mobile Product Manager took us through a video presentation of the features and design of the G4. 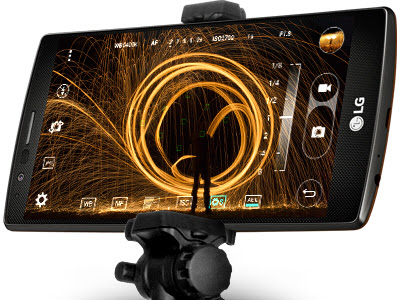 One thing I've come to realised about LG is their dedication of perfecting something. Having the tech isn't enough till they know they have made it to the best possible level at that time and that's exactly what makes the LG G4 one step ahead of its competitors. During his talk, Thomas said that the LG G4 has the best camera on the market at the moment, with a F1.8 lens making pictures taken in low light brighter, even faster reacting laser focus and a choice of 3 modes for the user, with manual mode mimicking settings that of a DSLR. It's the first time I've seen a camera phone that offers such, giving you the opportunity to manipulate various settings before shooting the ideal picture that is captured on its 16 megapixel camera. The phone also gives the user access to the raw image file, which is another first. 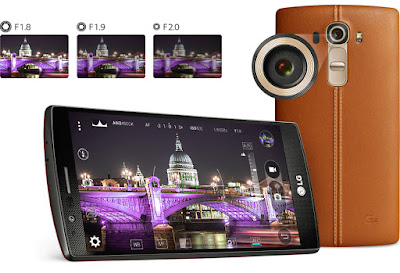 Also worthy to note is the image stabilizer on the G4 which has a 2 degree offset which gives the phone a quicker response time to stabilize when taking pictures. LG have taken note the important of selfies and upgraded its front facing camera on the G4 to an 8 megapixel lens and like the G3 has the hand gesture trigger function but now with a slight twist. The single fist takes 1 snaps, opening and clasping your hand twice triggers the phone to take 4 consecutive photos. Everyone knows you don't take the perfect selfie in a single shot so this is the perfect way to work around that. 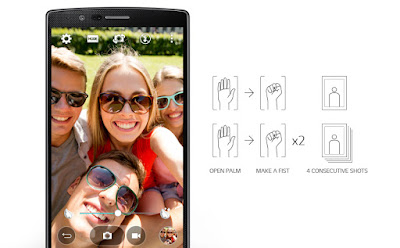 The screen continues to marvel with an IPS Quantum Display in Quad High Definition, it really enhances the pictures and gives true representation of the pictures taken. It's the first Quad HD display to employ Advanced in-cell touch (AIT) technology, which combines the LCD and touch sensor into a single layer to provide better colour reproduction and touch sensitivity. This new display is calibrated for DCI (Digital Cineman Initiatives) standards for colour expression, championed by top Hollywood studios. Watching Videos in 4K is also great on the LG G4's display and gives you a true colour representation of what you're viewing. 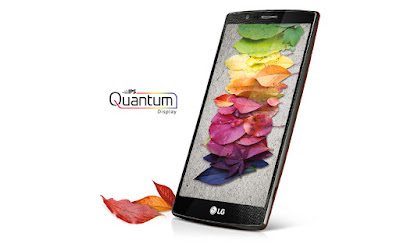 Moving on to the design, although it looks very much like the G3 the G4 is a bit different with a the phone having a slight curvature to it. LG believe this is where the market is heading, with curved phones a thing of the future, it might not be as drastic as the G Flex but it is visible to the naked eye. They claim this minimises the risk of damage by 20% if the handset were to fall. 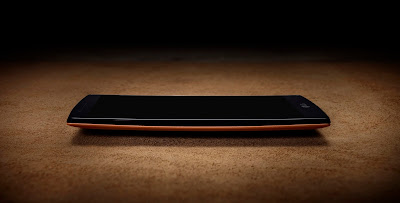 The phone comes with both an aluminium diamond cut bad which feels very comfortable in your hand. The diamond cut provides better grip but the phone also comes with an interchangeable leather back. It was confirmed that this is 100% genuine leather that is hand stitched. It's a nice touch by the manufacturer and really adds to that premium product feel to the phone. When asked if these added to the price, it was noted that LG chose to absorb these things in offering the consumer a premium product at an acceptable price. No price for the phone has been released as yet but they said its in the region of R430 and R499 a month on contract which is about the same I'm paying for my G3! So you can only imagine my frustration now! 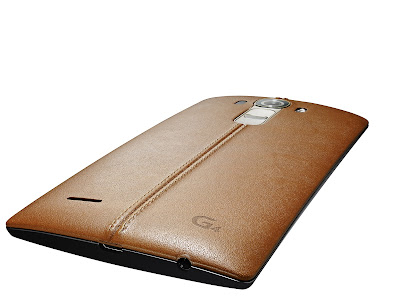 Overall, the phone looks like the market leader for now and I'm not just saying that because I own a LG. Every aspect on the phone from the screen, to the processor and the camera is unmatched by any devices currently on the market, not even that one with the beveled screen that serves no purpose. I'm looking forward to get on to test in the near future and then I can give you a more in depth review of it. 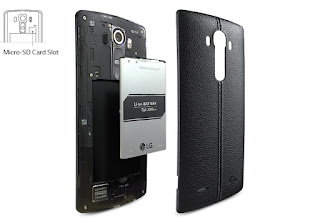