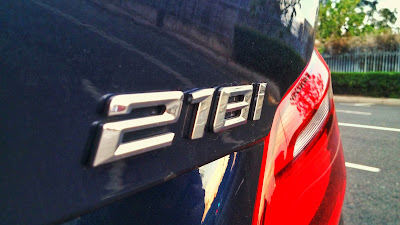 When the car arrived in my driveway, the first thing that came to mind was, "at least the colour is nice", yes BMW's new 2 Series Active Tourer isn't going to win any beauty pageants but it issues a new frontier for the company as it's the first time that they've made something like this. Renowned for building luxurious, sporting and of recent recreational SUV's, BMW has never been one for making a, well lets call a spade a spade, so a "soccer moms" car. There's a lot of things in this car that is quite different, for example its the first time BMW has made a front wheel drive vehicle and the car comes with normal tyres with a half size spare wheel, no run flats like the rest of the BMW model range. Any normal car enthusiast reading this would think the German Manufacturer has lost the plot, or have they? 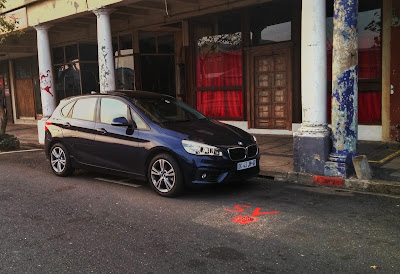 Style
Lets start off with the elephant in the room, its not a looker, as I said, I was more satisfied with the colour when I first saw it than the design itself. It was "Imperial Blue Brilliant Effect" just in case you were wondering. Even though it looks odd, I think the designers did a great job if scrutinise the finer details of the car. The tail lights and head lamps are magnificently designed, and the odd bubble like shape is due to the massive cabin space which we will discuss a bit later. 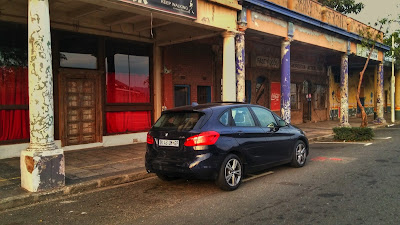 Comfort
The 2 Series Active Tourer is built on the same platform as the Mini 5 Door hatch, quite cleverly styled, the designers at BMW created a car that looks small but is actually quite big and spacious both on the outside and inside. Focusing on the interior, keeping to BMW's design philosophy the car's interior is simple but classy, the finishing is of great quality and with the extra height, this sees the center unit changed a bit with a handy tray compartment to story keys, remotes, loose change or even a mobile phone. The elevated seating position is excellent for the drivers visibility and the seats, still sporty with body hugging leather lumbar support is designed to maximise space in the cabin so it doesn't feel cumbersome. In terms of leg room, even for a tall person like myself, there was a lot! The ride quality remains unchanged when compared to other models and that for me is the winner, given the size and aerodynamic challenges they must have faced when designing this car, it handles like a dream. 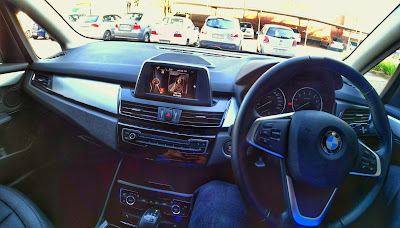 Performance
The 218i comes with a 1.5ltr, 3 cylinder, twins croll turbo charged engine, very similar to the ones found in the Mini Cooper, delivering 100kW and 220Nm of torque. Power that you'd think would be sufficient for a car of this size but upon take off I found it to be a bit lacking. Could be the unladen body weight of 1.4 tons that's slowing it down as the 0-100kph time of 9.2 seconds is nothing to write home about. However when this baby is up to speed, it's very hard to slow it down, even when going up hill, it maintains speed like a charm, the 6 speed automatic gear box doesn't go mental trying to down change all the time as speed is kept while in high gear with the help of the turbo, this was yet another thing that made me give it top marks. 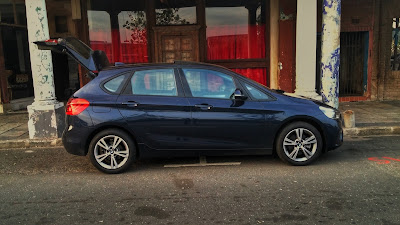 Storage
The real users of the cars would most probably be soccer moms, or stay at home moms. The ones that drop the kids off at school, run errands and do a whole lot of running around and for that, this car is perfect! The boot space is massive with 468 liters to your disposal and if that isn't enough, a simple flick of the switch drops the back seats to increase the capacity to 1510 liters! You can even fit 4 bags of golf clubs with ease in there! The glove box or "cubby hole" as it's more affectionately called in South Africa is large enough to store a few cans in there, perhaps even a 6 pack of 330ml's, why I bring this is cup is because you can have the aircon in there so you can keep your cool drink cold (I said cool drink, not alcoholic beverages). 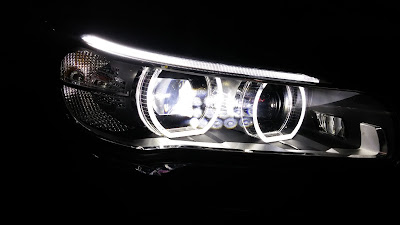 Extras
The car didn't come with a lot of extras as I'm used to but it had enough to make me happy. The two I liked the most was the full glass panoramic sunroof. The roof is practically all glass and whether you're driving during the day or under a starlit sky, it makes for a breath taking drive. The other extra which came in very handy was the automatic tailgate, the boot lid is rather big and I'd presume heavy as well but with a touch of a button is opens and closes. I'd suggest to get this option with comfort access to allow the driver keyless access. Other extras included LED headlamps with extended corners, the light package which is super cool at night and Park Assist PDC. 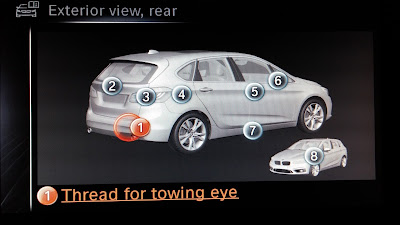 Verdict
This car was built to rival models such as the Mercedes Benz B-Class and the new VW Golf SV, and in such attracts a very niche market in terms of buyers. I think what BMW have come up with isn't bad and will give these two and others which are similar a big run for their money. Brand loyalist will give it a try and find out that besides the odd looks, it really is still a BMW underneath it all. I did make mention that it would be perfectly suited for mothers but in reality while have the car,  lot of people were surprised with it, mostly the space inside, also for the older folk that have trouble getting into cars that are much lower, the elevated seating is perfect for it. The styling grows on you after a while and even though it may not be every ones cup of tea, it really is a good. 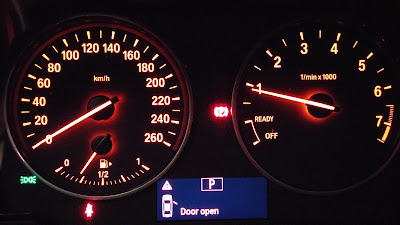 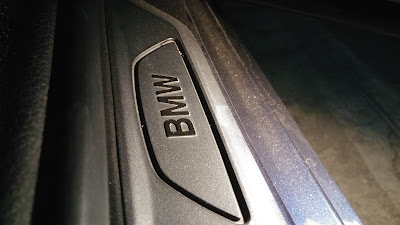 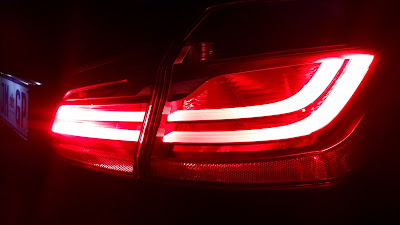 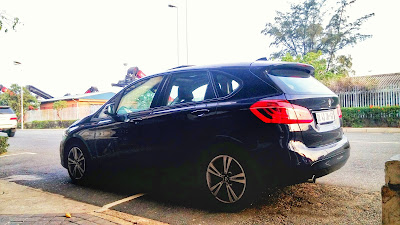