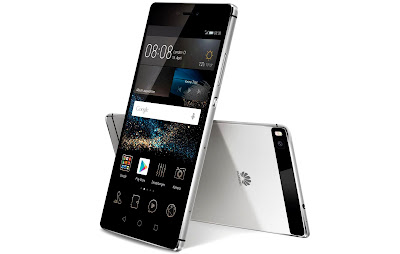 Technology is a marvelous thing, I mean at this very instant I'm writing this post aboard a flight to Cape Town. Rewind to 10 years ago and no one would believe this is possible. The great thing with the quick evolution of technology is that it makes things it more affordable to many as features that are new become the norm in many devices within a space of a year. Before having a camera on your mobile phone seemed sort of a luxury but now-a-days we look at how many megapixels it has on both front and back facing cameras and if it records in HD. Also with the host of competitors to the mobile industry just makes things better for the consumer with many striving for excellence in their products in terms of quality and userbility, Huawei is one of these manufacturers. A while back they sent me their latest smart phone to hit the market, the P8 to test. 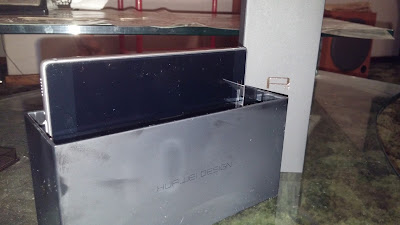 Huawei isn't shy when it comes to comparing Apples with Apples....well Apples with Hauwei as they see the US giant their direct competition. The P8 is seen as a direct competitor to the iPhone 6S and Samsung S6 and after using it for little under a month, I can tell you it's better than both of them. Why? Simply because it offers everything that those two phones offer and more in a slim, styish, little package that will get people second guessing at what phone you're using. 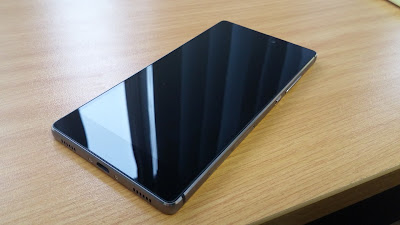 Dimensions & Accessibility
Dimensions of the phone are pretty similar to the rest of them, measuring 144.9 x 72.1 x 6.4mm which fits perfectly in the palm of your hand. With a 5.2" screen it is bigger than the P7 so some with smaller hands might find it a bit difficult to access full screens capabilities with just one hand, hence Huawei were clever enough to help with this, witth a simple swip of the back key on the screen, it reduces the screen size to about 4.5" and this can be swopped to left or right side of the phone depending if you're left or right handed. Unlocking the device is standard as well with an unlock button on the side and depending on the security level you chose, you can either have a pin, matrix or simple swipe to complete the unlock. 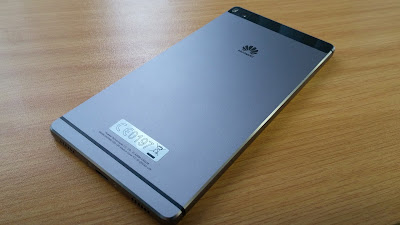 Display
As mentioned above, the P8 has a 5.2" screen, its IPS-NEO LCD capactive with 16 million colours, not quite 4K but with 1080 x 1920 pixels, its not that far off. It has multitouch capabilities as well as Hauwei's famed knock control. Many asked how this works and if its such a big deal as they make it out to be, well yes. For one, it makes taking screen shots dead simple, just knock your screen twice with your knuckle to take a snapshot of the current screen, beats holding down the power and centre button! Also make screen selections to share is also as simple, make a selection with your knuckle in any shape making sure you complete the shape and it will be able to share it in whichever way you want to. Dont worry about knocking the phone too hard and cracking the screen as its covered in Corining Gorrilla Glass 3, so its pretty strong. 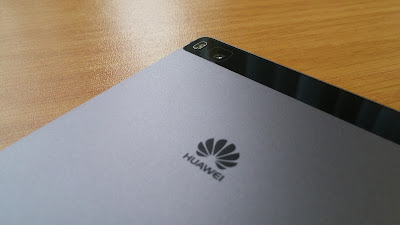 Camera
The most important feature for many is the camera, for capturing those special moments, or taking pictures of your food to instagram. The primary camera on the P8 is a 13 megapixel with autofocus, optical image stabilization and dual LED flash. It's the norm for cameras in this class of phone but what sets this one apart from the competitors is the features it has built in, from real time filters for both still and video capturing as well as taking long exposure shooting to the next level with letting the user take light trail photographs, provided you have a tripod or a really steady hand! Time lapse video is also another aawesome feature and one that I had fun with a lot but bare in mind it reduces the time a lot so a 30 minute lapse is about 30 seconds. The front facing camera is an 8 megapixel camera with 1080 video recording, good quality for taking those selfies! Speaking of which, it has the smile detection trigger so all you have to do is smile to take a picture, no need for timers or funny hand movements. 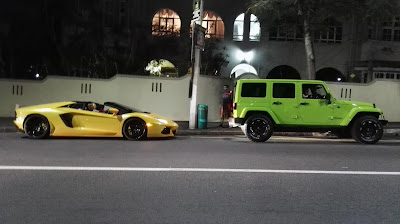 Performance
It comes with  HiSilicon Kirin 93-/935 chipset and a Quad-core 2GHz Cortex-A53 & Quad-core 1.5 GHz Cortex-A53 CPU. Like many others they've opted for the two Quad Core CPU system which just ensures a smooth running OS. It uses Androids latest version 5.0.2 Lollipop and with the simplified user interface it makes using it a breeze. It offers the the simplicity of an iPhone but with the robust and expandable Android software. In terms of memory, it has an internal hard drive of 16 gigs up to 64 gigs and a microSD slot capable of taking a 128gig card, which inserts into the second SIM slot. Yes all Huawei phones are dual SIM but depending on network, and software, they limit it to just one if not advertising. 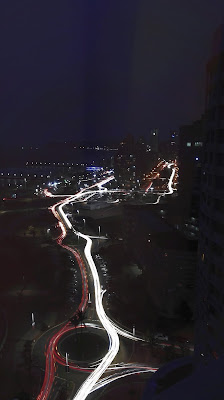 Battery
First thing I do when getting a phone to test is load every single social media app that I use on the phone, that way I can get all my notifications and messages to test the real performance of the device battery and I've been seriously impressed with the P8. It's given me more than 2 days standby on a full charge if I use the phone, just a little over 26 hours. Thats all thanks to the Li-Po 2680 mAh battery, since the phone is fully concealed in a well finished aluminum case, the battery is non removable. 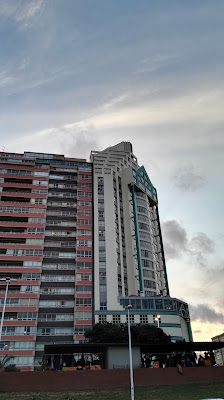 Overall
This phone has really impressed me and costing about a 3rd to that of the iPhone 6S on contract, it is well worth the money. I've told numerous people to give it a chance and those who did are not regretting it. One of them being my own brother, I'm actually a little jealous that he has one for himself and I have to return mine tomorrow. The thing is with mobile phones, the techonoly is improving at such a drastic rate, it seems pointless to get a phone that will last you longer than a 2 year life span as by then a device thats 3 generations ahead of your current one will be on the market and you would want that one, so why waste your money on someting that you're paying for just the name? Rather opt for a device that does everything those ones do but at a fraction of the cost.