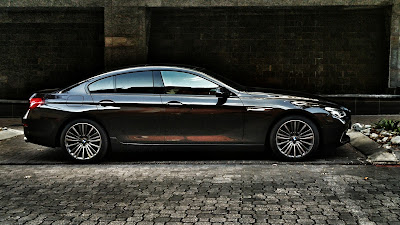 BMW first introduced their "Gran Coupe" in the 6 series variant, the 6 series was a purpose made sports coupe, do at the time people thought a 4 door version of the super saloon would be cool, and I was one of them. But my obsession with the 6 series Gran Coupe was more than just the thought of it being cool, for me the car showed BMW's intent on making a statement. The 6 Series was by far one of the most luxurious Coupes on the market and with it's radical styling, one that got you noticed wherever you may go. With it's large headlights, protruding kidney grille in front of that long bonnet, it really looked sleek. 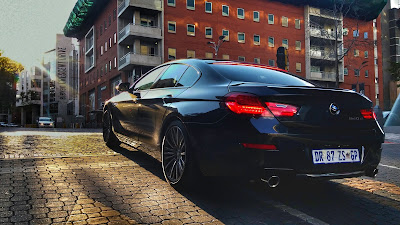 With the Gran Coupe being launched, it wasn't just about adding 2 extra doors, there was the whole sports limousine feel to the car. Yes while the car remained a drivers car, with it's coupe like stature, the occupants at the back could sit in comfort with a variety of options offered to them in the car. Being a Coupe, the car comes in a 2+2 configuration, which basically means, 2 seats in the front and 2 seats in the back, the center console for the back passengers houses the controls for their own dual climate control, which means the car has 4 aircon zones, one for each passenger. 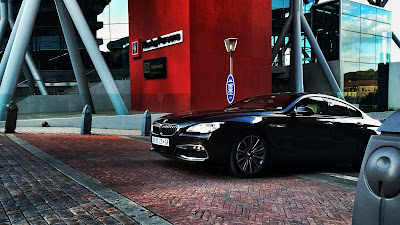 Style
I could really go on all day about the styling of this car, the original 6 Series which got a lot of flack since it was one the brain child designs of controversial designer Chris Bangle, but for me it gave birth to something special in BMW history, it steered the design path of the company into a new direction and from that car, the new 6 Series adapted many of the styling but with bolder detailing and sharper edges. The car still maintains that coupe like shape, albeit a bit longer, the large wheels give that sporty and aggressive look, even though the car I had came in the luxury kit. The large flared bumpers, finished off in the back with twin chrome tail pipes just added the finishing touches to this brilliant piece of moving art. 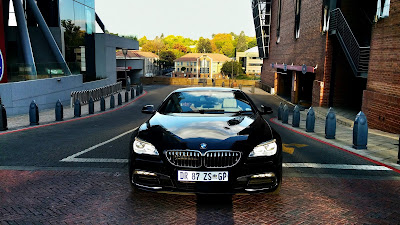 Performance
Where do I start? Okay lets chat about the engine, yes the badge does say 640d but lets not get ahead of ourselves, it is a 3 litre twin power turbo diesel engine but we all know what power BMW generates from them. 230kW and 630Nm of torque! With that car weighing close to 2 tons, all that torque comes in handy, but it still lacks in take off as the turbo lag really is quite evident when driving in Comfort setting. Switch over to Sport or Sport+ and that problem is non existent but then you unleash a whole lot of mayhem! Tyres spinning, the most beautiful noise you have ever heard from a diesel engine, with the deep hum and then the torque thrusting you back into your exclusive nappa leather seats. The engine keeps delivering the more you ask of it and it's actually quite scary how it builds up speed. Being a big car and rear wheel drive, the back does get slippery when taking bends and throwing down the hammer, so that's one to be-careful of, but if executed properly it is proper fun! 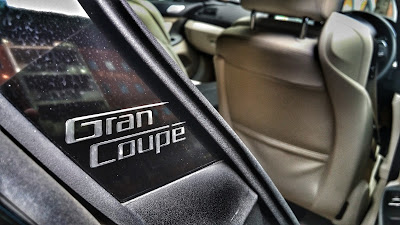 Comfort
While with the car, someone asked me how would I describe the comfort of this car, yes it's much lower than most of BMW's high end saloons but it's keeping to it's Coupe heritage and you can understand why the Germans opted for it to be like this but it doesn't hamper the ride quality at all and if one had to compare it to any other model in the BMW stable, I would say it's in the same league as it's bigger brother the 7, which ultimately what the 6 is based on, it's the 2 door version of the 7 and not the 5 as many might think so. The car is also loaded with tech, as mentioned before, the quad zone aircon, there is also heated seat option for the passengers, a full glass moonroof with just a tilt function and memory seats. The rear passengers have sufficient space and the limousine feel is completed with electronic blinds for each of them at the back. 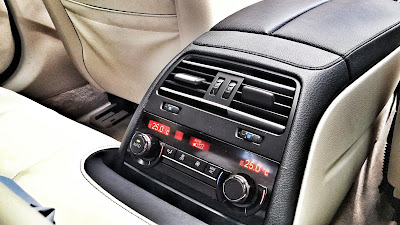 Storage
Even though it's a coupe, don't be fooled, there is plenty space for you to store your stuff. From the interior cubby, to the split door center console opening, which is large enough to store a lot of things. The boot space is huge, large eought to store your holiday luggage and it has a peep hole type of door to gain access to it from the back seats. 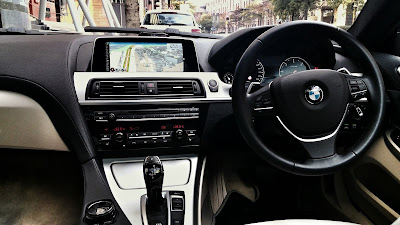 Extras
I hope you're sitting down and reading this because you might fall if you're not, the car came loaded with extras, R300K worth of them! Yes, that is a lot but if you are someone who's spending this type of money on a car, trust me, every single one is worth it. The one that stood out for me was the Bang & Olufsen high end surround sound system. My god, it's like having symphony orchestra in your car. Sound quality bar none, it truly is magic to your ears. Another cool extra is the park assist, which essentially parks the car for you, yes it's available on many other models but when in the 6 GC, I think you're going to need this one. Since you're sitting much lower, and with the long bonnet, the cameras and PDC's will help you only so much when getting in and out of tricky parking spots, this on the other hand does it for you. Other handy extras are the Adaptive LED's, Active Steering control, BMW Connected Drive, Lane Assist, High Beam Assist and Soft close for the doors seeing that they are frameless, you don't want anyone slamming them shut. 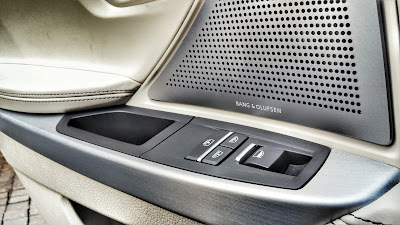 Verdict
Yes, the price tag for this car is heafty but if you look at the car you getting for the price you pay, very little comes into comparisn. The touches and finishes are nothing short of sublime and the car oozes luxury and sportiness in every aspect of it's nature. It can change from being a cruiser to an agressive tarmac munching machine. So in essencee it offers the best of both worlds and with the diesel engine, one can experience great fuel economy. For me, even before driving the car, this was my favourite car offered in the SA market and after driving it, it just validated this point for me. 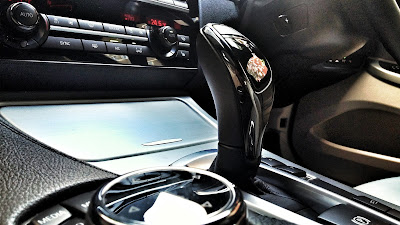 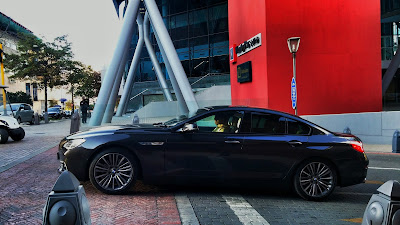