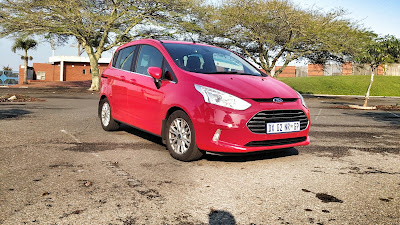 After attending the launch of the Ford B-Max last year which was part of their Go Further Africa event, I was looking forward to spending time with the car when it eventually got to me on test. That day came last week and for a car it's size, with the engine it has and what it has to offer, it not only impressed me but everyone that I gave a ride in it as well. 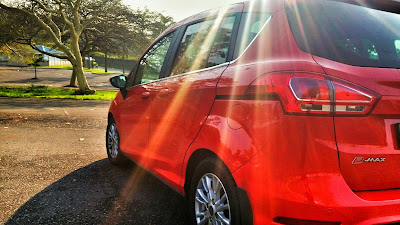 Design
The B-Max is pretty much the SAV version Ford's popular little hatchback the Fiesta, or as Ford like to call it a "B-Mav" segment. It incorporates all the fun aspects associated with the Fiesta but in a more grown up way. It looks pretty sleek but compact at the same time and while it may be labelled as a soccer moms car it is very easy on the eye. The main talking point about the car has to be the door, although the front doors open in the conventional swing way, the rear doors are sliding doors like one you would find on a mini bus but when both are open, the lack of a B-Pillar is clearly evident, allowing easy entry and exit to the vehicle and also for loading and off loading large items. Now with a nonexistent B-Pillar, one would think safety is highly compromised seeing that in a normal car, that is the main contact absorption point in an accident but the B-Max has high strength steel roads positioned in both doors to counter this. 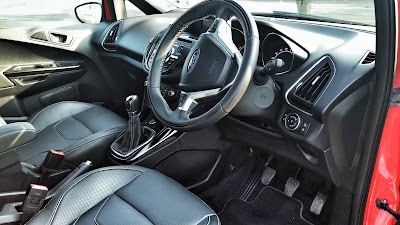 Extras
Now with a car like this, you wouldn't normally associate it with having a lot of extras but you would be surprised because I certainly was! I had the top of the range Titanium model so it was loaded with extras, firstly keyless entry which is much better than some higher end German cars I've tested, full leather seats with seat warmers, climate control, reverse camera with PDC for you to get a proper look in tight spots, full length panoramic roof with curtain. Auto windscreen wipers and daytime running LED's. The car also comes with Ford's SYNC smart technology which makes bluetooth connectivity seamless and quick, it allows you to make phone calls, stream music from your mobile, can display text messages on the cars screen and the voice command menu really is sharp without you having to repeat commands. 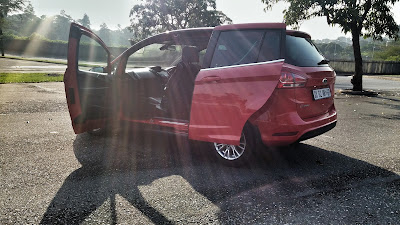 Power
The car is equipped with Ford's award winning 1 litre Eco-Boost engine and if you haven't experienced it by now, it is worth trying. It sometimes boggles me how Ford managed to get so much power coming out of that tiny little engine. The car is certainly no slouch and is pretty quick off the mark, it races up to 120kph in a matter of seconds and can keep on going if it were not for our speed limits. The car loves high revs as with the turbo it just makes it sound all that nicer when driving but warning, driving like this will have a negative effect on your economy which is standard practice. It's common sense to a normal driver but you trend to get carried away with how nippy it is. 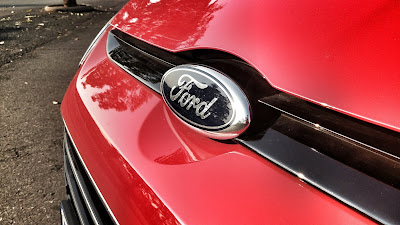 Storage
The boot itself is a pretty decent size but when need be, both rear seats can be folded to extend the boot space as well as dropping the front passenger seat for those long objects. The car comes with a spare, not full size though but you can understand why, it is so to increase luggage capacity. 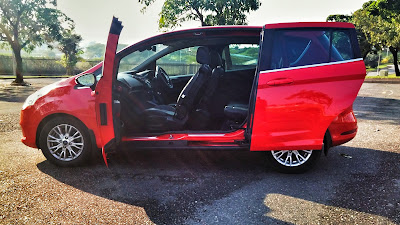 Verdict
To be quite honest, knowing that this car would be associated with mothers, seeing it makes the perfect car for running around, picking up kids and normal errands, I was skeptical using it as my everyday run around but to much of my surprise it grew on me. The practicality along with the brilliant engine and added extras really makes a brilliant package. The one thing that bugged me was the infotainment screen, seeing that it displays almost everything you do, it's horribly small! Most smart phone screens are bigger than it. 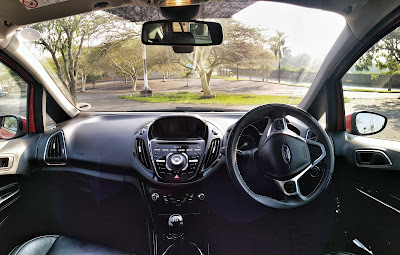 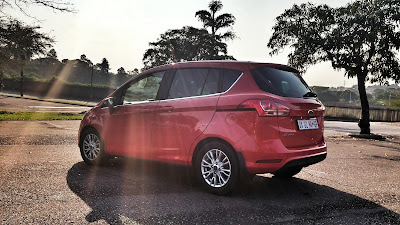