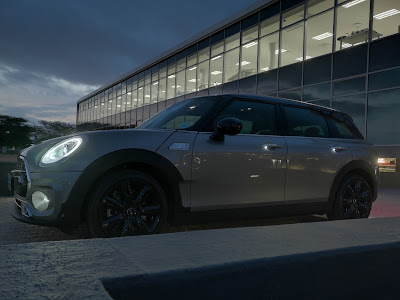 After attending the launch earlier in the year and having a limited drive in it due to time constraints, so I was really looking forward to getting the Clubman on my test. Alas, something aren't meant to be I guess as during my time with it, I encountered an unfortunate incident which saw me return the car just 3 days after getting it. Some people in this country just enjoy causing damage and trouble to others property but luckily the damage to the car was not too severe and at the same time let me experience first hand what an owner has to go through should something like this had to happen to them. Even though it was just 3 days, I did manage to have a lot of fun with the car and here's how it went down. 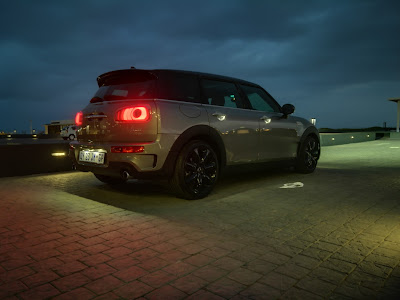 Style
The Clubman is probably the longest Mini in the line up, its base is the Mini 5 door with a longer boot. Although some may call it a hearse, I think it looks pretty nifty. It has that Mini charm to it, and while looks compact, it really is quite big and spacious on the inside. In fact, I'd go out on a limb and say its more spacious than the Countryman. It was the Cooper S model so it had all the sporty extras added to it, large 18" blacked rims, lowered bumper and bigger grilles. The business end of the car has to be the rear, although the back is longer, it doesn't seem out of place and the showstopper has to be those rear doors. Normally with a hatch, you would be familiar with the usual tip up door but with the Clubman, the doors open like a panel van with a two split and with the auto boot open function, it proves to be quite a cool party trick as I showed it off to many and they were equally impressed. 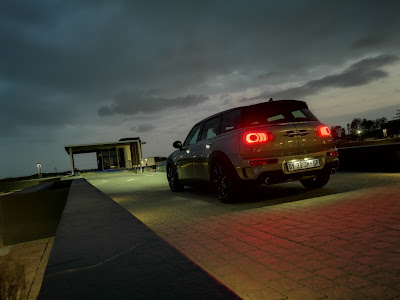 Performance
Nothing more needs to be said about Mini's Cooper S engine that hasn't been said already. It's an almighty 2l Twin Turbo power plant that just itches at every opportunity to provide the most thrilling drive every time to you flick the switch to start the car. That coupled with the masculine tone of the twin exhaust, makes you feel like a racer ready to take on the track. Even though the car is larger than the other Mini's, it still has that Go-Kart feel to it, and it easy to maneuver around. I had the automatic gear box which some may say takes away the joy of driving this type of car but I feel it's quite the opposite. With the engine pushing our 141kW, 280Nm of torque and a top speed of 228kph, you don't want to be changing gears all the time. 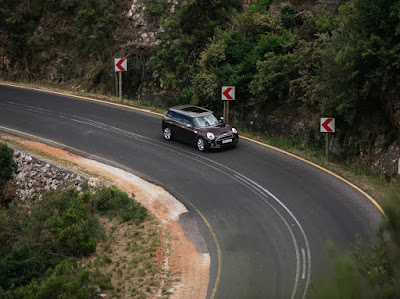 Comfort
It's not only me that shares this sentiment, as others who sat in the car said so as well, it really is the best Mini in terms of space and comfort. There's tons of leg room in the back for adult passengers as well as plenty of space in the front. The set up is more in line with BMW although everything is distinctively Mini. The Clubman also has some neat tricks to it as well, normally the mood lighting package in the Mini just features the usual LED lights on the door handles, center console and cabin lighting but on the Club, it has an LED feature pattern on the door which really is breathtaking at night. It caught me off guard at first and I was taken a back by it. It really is flippin cool to see! 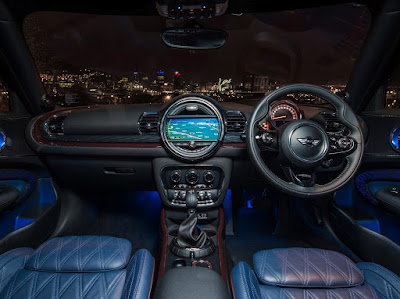 Storage
If you going into the market to buy this car, it's for the storage capacity no doubt. The boot is massive and the storage space can be increased by dropping the rear seats. It's simple enough to do so, either by flicking the switch from the boot or from the back passenger doors. It's actually quite surprising how much can fit in the boot and with the doors being split, it makes loaded and off loading easy peasy. 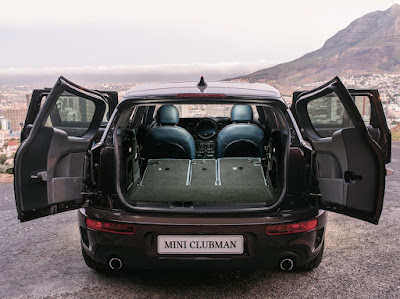 Extras
The cars extras list is might long and impressive to say the least. The car came loaded with them, the light package as mentioned before, Harman Kardon HiFi stereo sound, panoramic glass sunroof with blinds, Scotch pattern seats which is really cool and makes your Mini distinctly different from others. The car also came with Satellite Navigation and Bluetooth Audio streaming. 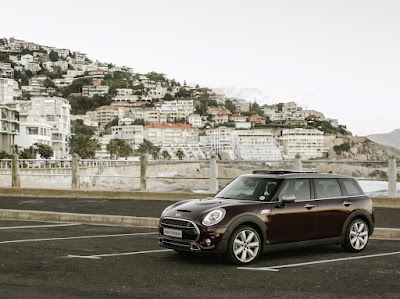 Mini Assist
Now on the third night with my car, on way home from dinner, I encounter rocks placed along the road on a blind rise and it was almost impossible for me to avoid, as agile as the Mini is, I managed to avoid the bigger rocks and subsequently hit the smallest one, immediately the cars safety warnings told me something was wrong, the left front tyre was losing pressure and I could feel the car pull to the left. Knowing my house was not more than 200 meters away and the Mini has run flat tyres, I continued to drive at a slow pace, fearing if I had stop to assess the damage I could have been a target for the perpetrators who placed the rocks there. Initially I thought it was the tyre that popped but when I arrived home I realised that the entire rim had cracked. Miraculously nothing else on the car was damaged and the tyre looked like it was fine but due to the rim being cracked, it cut through it. 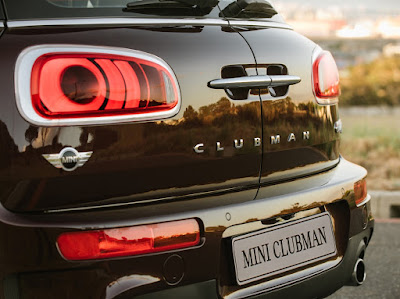 Now if this had to happen somewhere else where you're quite far from your destination, it would not be advisable to drive on with a damaged rim. Thats where Mini Assist comes into play, every car sold comes with a Mini Assist plan, and in cases where the rim is damaged, one cannot just pop the boot open and change the tyre since there isn't any due to the cars coming with run flats, so Mini Assist will come to you with the spare rim, change it for you and you can continue to your destination. Of course that rim won't be a replacement, just serves as a standby while you source a new one. It was a learning curve at the same time for myself to see what would happen if an owner had to experience this problem and I must add, the guys were pretty helpful and saw to the issue as soon as they could. 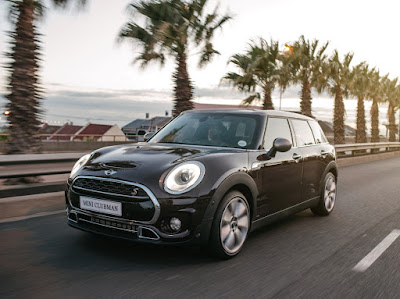 Verdict
It's the best Mini there is, yes I know I didn't have it that long, yes I want it back, but like the phrase for the Clubman says "Go with your gut!" Seriously, go down to a Mini dealer and test drive one, if your biggest concern over getting a Mini was space for 4 adults and enough boot space, this is the answer to your problems. It is a fantastic car, loads of fun and great to drive. 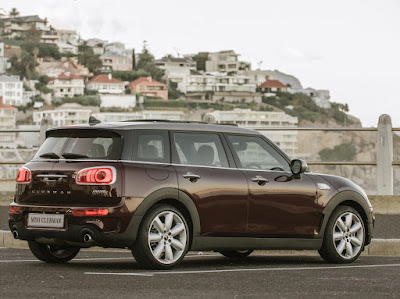