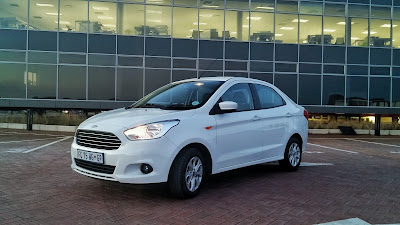 When I first got told I was scheduled the Ford Figo, I was a bit skeptical of it. I mean the only time you would catch me driving an A-Segment car is if I hired one. That's no disrespect to the segment, it simply doesn't appeal to me but that's just my preference. The A-Segment market has grown in leaps and bounds over the years and over the past year or two so some major advancements in terms of tech and options available for these cars. It's a market for a first time buyer or a student that needs something small to go around with, it was hardly what you would call a family car but after driving Ford's new Figo I may have to rethink my stance. 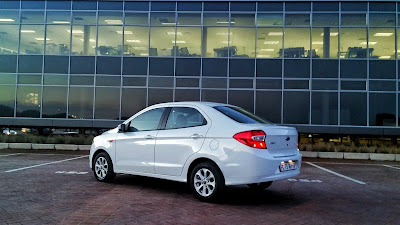 Style
I initially thought I was getting the hatch, but once it arrived I saw it was the sedan. The styling of the car seemed a bit weird for me. The hatch looks great but the sedan looks like the boot is an after thought which is mostly the case in these hatch come sedan cars. Previously Ford had their Ikon which this car will be replacing in the line up and that was a purpose made sedan so the lines flowed and complimented the car. While the Figo Sedan isn't an eyesore, the fact that it looks much better as a hatch would make the version with a boot seem a bit off. It's not horrendous by any chance but I feel they could have done a better job with the rear lights. The front half of the car looks really good. The new big chrome grill and big head lights really give this car a sense of presence even though it's a small car. 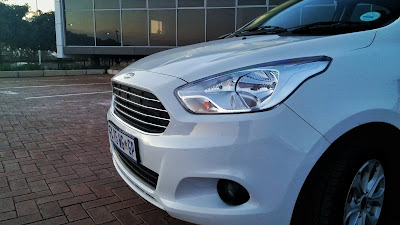 Performance
Styling on cars like this isn't everything, performance is what matters the most the 1.5l Sigma petrol engine was nothing much than astonishing to me. Even with the 6 speed PowerShift automatic transmission, it was incredibly responsive and damn light on fuel! It incorporates Ford's "Drive Green" initiative which sees its CO2 emissions at 142g/km and tested fuel consumption of 6L/100km which I almost matched. Something that is very rare! Talking figures, the maximum power output is 82kW and maximum torque 136Nm which is quite impressive. While take off did seem a bit sluggish, compared to other cars in its segment, this is by far on of the strongest engines I've come across. 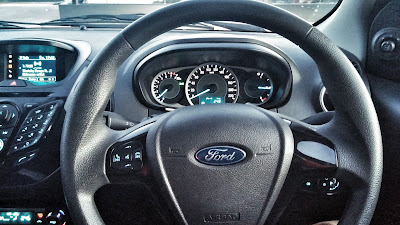 Comfort
Whilst the car is small, it was extremely spacious, granted at my seating position an adult wouldn't be able to sit in the back seat, perhaps a child would but if at a squeeze you could get four adults in there. The ride is smooth and solid, which is aided by the 14" alloy wheels. The seats aren't leather but comfortable none the less. The cars interior is styled perfectly, taken from the previous generation Fiesta, the car see's the main center cluster follow the same design with the information screen located at the top. It displays everything from time and date, audio options, aircon settings and media. 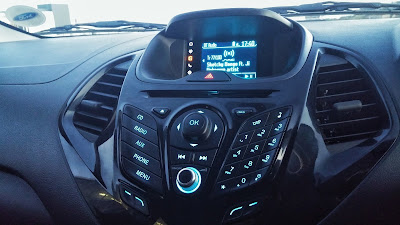 Tech
The car comes with Ford's SYNC Bluetooth and voice control system. It's great that they've kept this standard across all their models. It's really easy to set up and the voice control activated menu is a great alternative to manually searching for things or making calls. It helps driver concentration and improves your driving experience. The audio system has 4 speakers with an auxiliary port and the deck has CD/MP3 playing capabilities. It has 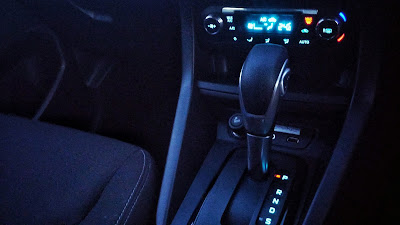 Storage
Small car, small boot right? Nope, somehow Ford managed to get this right with remarkably spacious boot. You can get at least 3 full size luggage bags in there with space for smaller items. The car has a cubby for the front passenger and a center compartment for other items. The cup holders and of a decent size and there is a tray below the climate control aircon for additional items needed for storage. 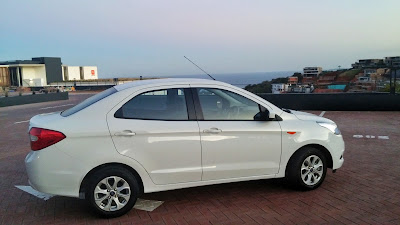 Verdict
I was quite surprised by this car, it's small, it's nippy and a pleasure to drive. While finishes might not be of that of a luxury sedan, for it's price it isn't bad at all. The car is comfortable, spacious and offers a lot that many of it's competitors don't. Taking all of this into consideration, it is not only a perfect car for first time buyers or students but also small family's. It has sufficient space, it's safety record is second to none with drive and front passenger airbags with side curtains, it has ABS, ESP and hill launch assist which prevents the car from rolling on an incline from a standing stand. 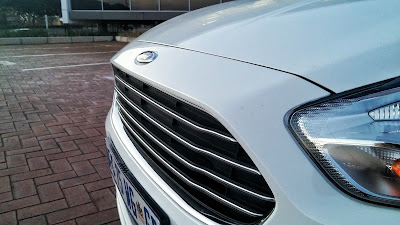