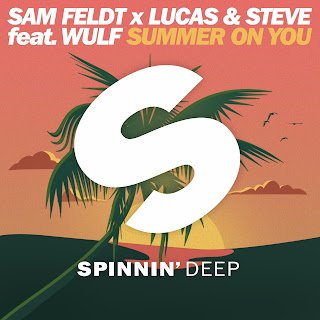 They say good things come in three's and that's one way to describe this song. Sam Feldt, the Dutch electronic producer teamed up with Lucas & Steve for this track featuring Wulf. The original it self is quite a good song with the whole new tropical house vibe but the club edit just makes it had more better. Released in July, this song has been banging on clubs and events speakers all over Europe and the US and now with summer heading to our shores, it's sure to get some decent airplay in the Southern Hemisphere.