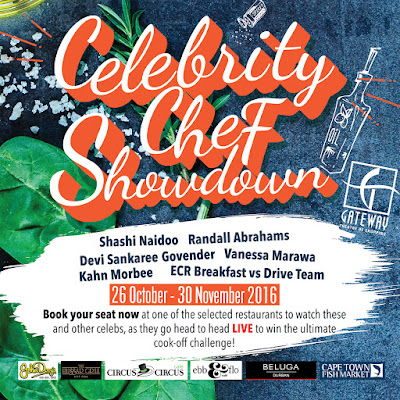 Gateway's Celebrity Chef Showdown is back! Starting today the 26th of October running till the 30th of November, ten of South African top celebs will battle it out in the kitchens of six of Gateway's most popular restaurants. This is the fourth edition of the popular competition which has grown increasingly since it's inception. 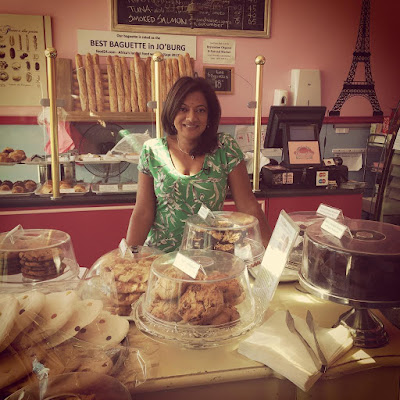 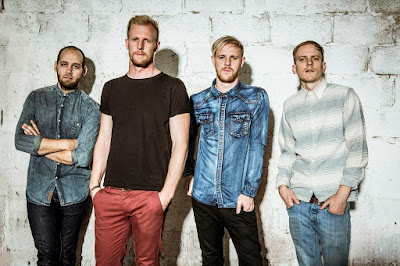 Public are invited to attend these contests and enjoy a night of good food, entertainment and healthy competition. All events start off between 6.30pm/7pm at R180 per person for a set menu which includes a starter, main and dessert. Guest will have a choice to sample what the celebs have made or something from the restaurants normal menu. With the six competitions taking place of the next six weeks, be sure you make a note of which showdown you want to be a part of with the contests dates and venues below.


All winning celebs will take part in a final showdown which will be held on 30 November at Beluga. 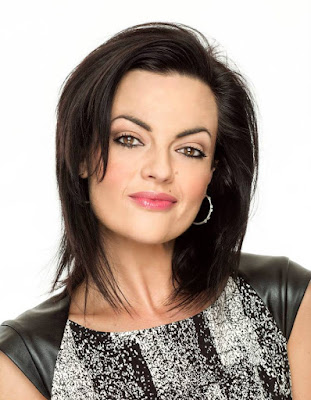 Each celebrity that competes will select a local charity of their choice at the start of the campaign. 10% of the income generated through these events will be donated to the winning celebrity's charity of choice. To book your at one of these showdowns, please see the dates and book with the relevant restaurant for that day. Those details can be found below. 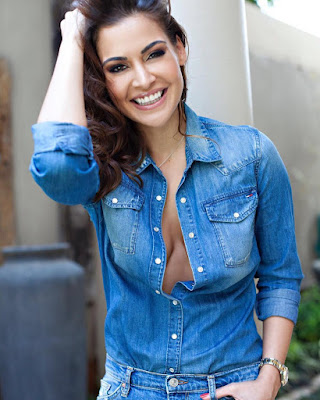 Guests attending the events stand a chance of winning a brand new 60cm freestanding ELBA cooker, valued at R14,000 and other great prizes. So to avoid disappointment, make those bookings today!
Posted by Amith at 10:09 AM