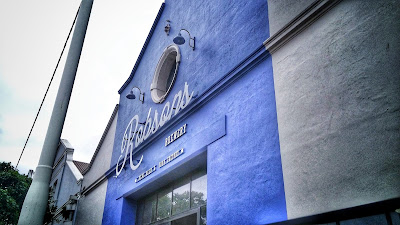 Coming from a home that has a family business, there was a lot that I could relate to during my visit to one of Durban's latest hot spots. It's been open for just over a month now and already Robsons Brewery is fast becoming one of the places to go to in the city. Originally based in Shongweni, Robsons Brewery produces some of the finest craft beers in the land, with some winning major honors in overseas contests. Owned and run by a father, sons trio, their methods of producing the perfect brew is what keeps the originality to their beers. Using only the finest ingredients of which are sourced world wide, natural processes and zero artificial additives, bottled and hand labelled on site is what makes their handcrafted beer so special. 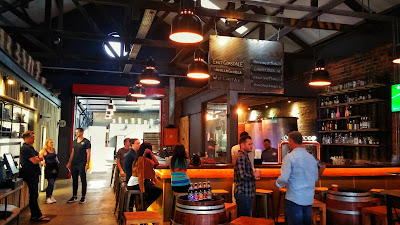 Craft beer became quite a hit in South Africa a few years ago, with many preferring the variants and tastes that came with them. Also there was this certain aspect of getting a brew that was not mass produced and artificially altered that made many take to it. Brian and his two sons Donn and Gary decided to take on this challenge of making their own beer up at their mothers Duck Farm in Shongweni. Brain, who is the master brewer will share many stories of how many times he tried and failed during his first attempts but once he got his winning formula there was no looking back. Because Robsons prides themselves on keeping their brewing process as natural as possible, with the various processes, thereafter allowing the beer to ferment and create it's own carbonate fizz, similar to the process used in the making of Champagne, it does take them longer to meet their ordered with many of the batches when are ready get sold and delivered in a matter of hours. 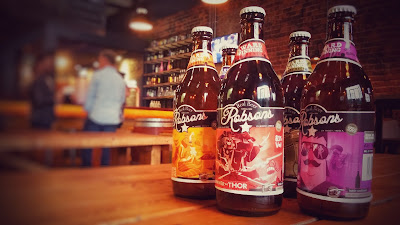 While their brewery was based a bit far up from Durban, the family decided it was time to move closer to the big city. Being a family that loves the water with Brian being a former National swimming captain, Donn, a National Water polo player for the past 17 years and Gary a skipper of the well known yacht, 'Spirit of Elan', it would make sense for them to set up shop near the ocean, at Durban's Point Waterfront. The Point district is notorious for a lot of things but with the recent upliftment and developments in the area, it's set to be transformed into one of the most sort after land in Durban. With major plans for upgrades to the area as well as investment from overseas investors, the landscape is about to be transformed for the better. Knowing this, the guys at Robsons saw this as the perfect opportunity to set up shop there. 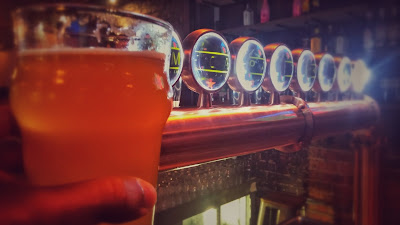 Located in a converted warehouse, originally built in 1890, although renovated, not much was changed to the main structure of the building, help keeping it's aesthetical look but at the same time being modern and trendy. The venue can seat over a 100 people with seating available for large groups, intimate groups or if you just want a quick drink at the bar. There is also area's that can be cordoned off for private bookings as well as a beer garden to enjoy a cold beverage of you choice which enjoying the weather. 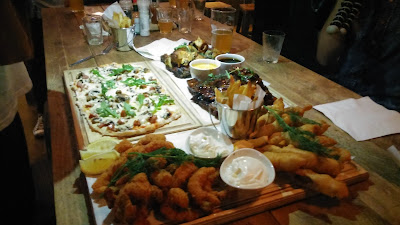 Apart from the bar which has most of their range on tap, Robsons Brewery also features a restaurant with Chef Lyle Creamer heading up the kitchen. The creations on the menu are both a visual and gastronomical treat, ranging from pub fare with a twist such as panko dusted prawns, beer battered fish and chips, to the mains on the menu, of which include BBQ ribs (who some claim are the best in Durban), Grilled peri peri chicken, pizzas and some of the biggest burgers you've seen! All food on the menu has been specially crafted to suit the beers or are made from the beers that they produce, what you will notice on the menu is a lot of options that feature duck, of which comes from Brian's wife's Duck Farm in Shongweni. 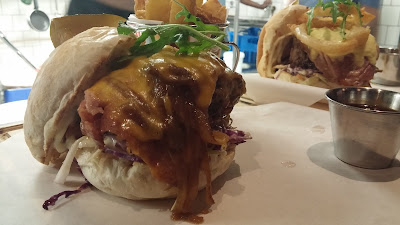 During the media open night I had a chance to sample most of the cuisine and have to say I enjoyed everything! So much so I found myself back there the very next night with a friend. It's a great addition to the Durban scene and in an area that needed something like this to get people back down in that part of Durban. It already has been received well by most as I found the place pretty full when I got down there on Wednesday, despite the bad storm we experience. Their beers speak for themselves and the food is great, prices are keen to suit the Durban market and they got some great specials which you should inquire about from your waitron. Robson's also conduct Brewery Tours on a Saturday from 11am, booking is essential as this is very popular. Brian will give you a thorough experience on the brewing process and what goes into making the perfect brew. 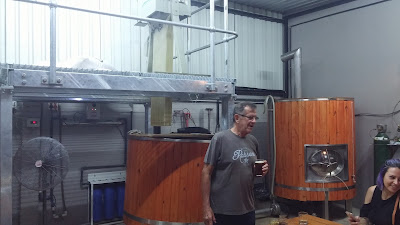