The compact sedan market is hotting up as the luxury sedan segment pricing seems to be rocketing up, consumers, especially the middle class earners are looking for affordable family vehicles but also should look good and have most of the bells and whistles that you would expect from a compact sedan. For years Toyota have dominated this aspect in the market with their Corolla, and to this day remains one of the best selling vehicles in its class, worldwide! But over the recent years, the Korean's have come to the fight and they got the weapons to match. A little over 10 years ago I watched an interview and interview of the President of Toyota, of which he was asked if he fears the competition from VW, and he replied, no, its the Korean car-makers which he worries about .Fast forward to present day, and you will see what he was talking about. The likes of Hyundai and KIA have stormed the market with their variety of vehicles and exceptional service and guarantees. 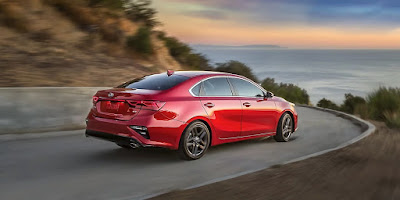 This week saw KIA launch their 3rd generation Cerato sedan, a car which has done reasonably well in SA, well not so much the actual sedan but rather the variants with the hatch and Koup being the popular ones from the line-up. Not sure what the reason for that was, maybe the styling? If that was indeed the case, then this new Cerato shouldn't have the same problem as it looks great! Unlike the Rio and Picanto we tested last year, the design of the front is more on the lines of the new Sportage with a similar angled grille and elongated headlamps. The rear ties in quite nicely with the car as well and also similar to the Sportage rear with the straight-line tailgate linking the both rear lights. From the pictures, it looks like they're LED lights as well. 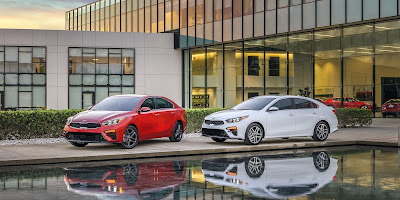 Moving on to the interior, it is very similar to the Rio, slightly more spacious though. Interesting to note is that it comes standard with the 8" touchscreen with Android Auto and Apple CarPlay, as this was an optional extra or model dependent in the Rio and Picanto, it however for the US market, I'm hoping it also applies to the local market. I did mention in my review of either car that it is a must as it integrates so well with your smart phone, from navigation, to phone calls, it even reads out sms's and whatsapp messages to you. The Cerato has some nice options for the interior, like a wireless charging tray and a 320-watt sound system that has been developed with Harman Kardon! I'm liking this car already. In terms of safety, the car comes with the Advanced Driver Assistance Systems (ADAS) which is offered in many of the other premium models and now is featured in the Cerato. It has blind-spot collision warning, lane keeping assist, it also comes with forward collision avoidance assist and smart cruise control which maintains a specific distance to the car in front of you. 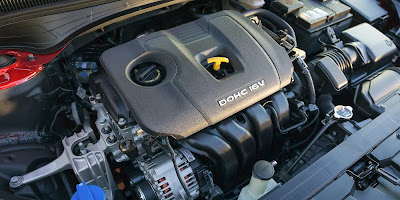 Performance wise, the new Cerato comes powered with a 2.0L Nu four-cylinder engine that benefits from Atkinson Cycle technology and cooled EGR system. They have eliminated the CVT transmission and developed the IVT with adaptive style shift logic with a chain-type belt instead of a push belt, which is a first in the compact class.They have also reduced engine noise by wrapping the transmission case in a sound-insulated cover to help minimise the "drone" associated with this technology. The engine pushes out the same figures as the current Cerato, with 110kW and 179Nm of torque but efficiency levels have been bettered with an approximate 6.7L/100km. KIA's have some of the best Eco figures from the host of cars I've test so I can only imagine this must be just as good. 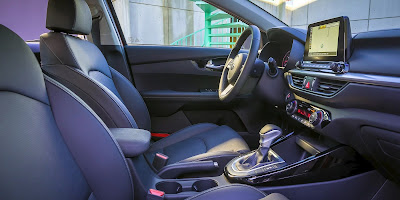 Overall this looks like a very exciting new addition to the compact sedan market, certainly has a more premium feel to it than its competitors. While the battle for the top spot may be dominated by Toyota with its Corolla, Hyundai's Elantra might have some good competition with the Cerato for the battle of second place.