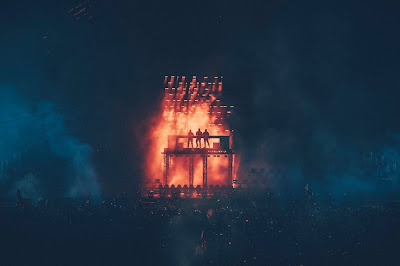 There was plenty of speculation in the build up to the 20th Anniversary of Ultra Music Festival and finally, last night, closing of the weekend, it happened. Swedish House Mafia are back and from what we saw last night/ early morning, it seems they're here to stay. Axwell mentioned during their set that they've missed performing with one another and all three are friends, so it seems like Axwell and Ingrosso have settled their differences with Steve Angello and this is for the better of House music. The trio took the world by storm in 2008 till their eventual break-up in 2013 which saw them go their own way until last night. They've produced music that not only united people from various genre's of electronic music but also people simple never took interest in it all. So in spirit of this reunion, we don't have a single song for you today but the entire set from Ultra Music Festival Miami of Swedish House Mafia which featured a lot of their old music but with some great mash-ups and remixes.