The 2018 season of Formula 1 officially got under way this morning at Albert Park in Melbourne, Australia. After what felt like an eternity, the break has finally ended and we can get back to some excited racing, well we hope it's exciting. Then again, it won't be hard to beat the new F1 logo and theme song, not sure what the hell they were thinking when they approved that! Anyway, enough of the bitching, lets see what we can predict for this years race calendar. From initial testing in Spain, it was clear that Mercedes-Benz are the team to beat again this year, with both Silver Arrows showing good speeds, even with that stupid halo on the car. While Ferrari were expected to close the gap on their arch rivals, it seems that Red Bull Racing who have the backing of Aston Martin now have come up as new challengers to the Germans. 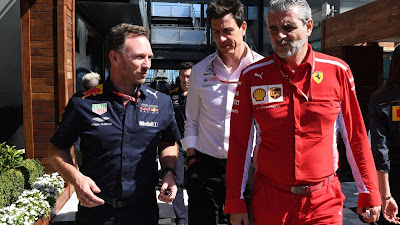 From this mornings FP1, it was evident that RBR's  are taking the challenge to Merc with both drivers just falling behind the Mercs and the Ferrari's rounding up the top 6. In FP2 however, Max Verstappen showed some great speed to pip Bottas into second fastest around the track, so from the onset, Red Bull look to be back and firing on all cylinders. A big question still hangs over their reliability over the entire race duration, as last year saw a few races which ended with just one or none of the cars making home. With it being on home soil, Daniel Ricciardo will also want to push his car and his team mate this weekend to score some good points at his home race. 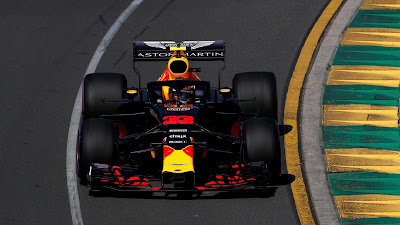 Ferrari have been rather quiet about many things ever since testing began in Feb, their speeds haven't been the greatest and there are many already writing the Italians off in terms of their chances of competing against Mercedes let alone winning the championship. Last year saw them get off to a flyer with Vettel winning in Australia and going on to lead the drivers championship up and until the mid-season break after which all went sour for the team in red. While both Sebastian and Kimi aren't showing fantastic times in testing and practice, over a race distance, things might be a little different, so the Tifosi hope. With Red Bull Racing upping the anti, Ferrari definitely have their work cut out for them as they now have 4 cars to fight off on the grid, one things for sure, they definitely have the talent behind the wheel to keep them in the reckoning. 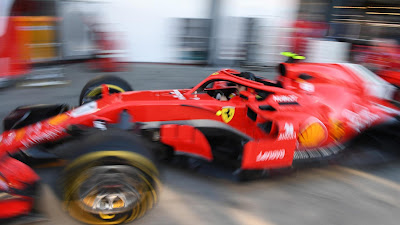 Mercedes-Benz F1, the poster boys of the past few years of Formula One, it seems like their golden boy Lewis Hamilton can do no wrong but we've seen brief flashes of his frustration last season when things don't go his way. His biggest competitor this season might come in the form of his Finnish team mate Valtteri Bottas. Both having the same car, same engine, could this be the year that Bottas doesn't play second fiddle and take the challenge to Hamilton? We've seen it a few season ago when Nico Rosberg did so, it didn't bode well with the Englishman as he even cited favouritism in the camp, to give the German the edge over him. Whatever the case, if Bottas does in deed go full tilt, we hope we don't see a case where both cars take each other out as we did in previous seasons with Lewis and Nico. No doubt though, Mercedes-Benz are the team to beat again this year, it will be interesting to see how the season pans out though. 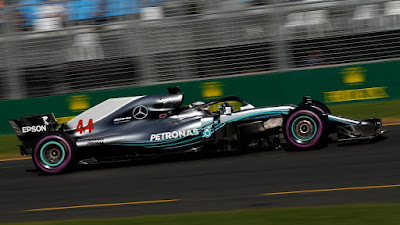 Wrapping up the rest of the teams, there are some that could cause disruptions to the top 3, Force India, Williams, Torro Rosso and Sauber Alfa Romeo come to mind. These teams are not only there to make up the grid but could prove to be vital in determining race results, they might have some surprises up their sleeves as well. One which team that many hope have a few surprises is Mclaren, the bright orange, Renault powered car that will be fizzing around the track this year, piloted by fan favourite, Fernando Alonso and second driver Stoffel van Doorn has been showing some pace so far, with the cars finishing in the top 10 at the end of FP2. So who knows, maybe this year might see them scoring some decent points. 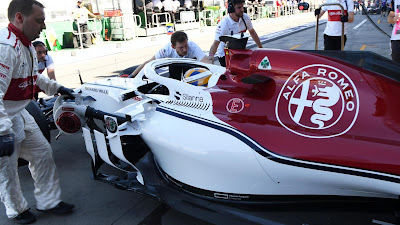 Regardless of which team and driver you support, I'm sure we are all just glad that Forumula One is finally back, nothing can be read into the first few races because as last year went to prove, leading the championship for half the year doesn't mean anything if you can't follow it up in the second half. Pressure is on for me to pick a race winner for this weekend, seeing that I nailed it against all odds last year. With rain expected for the weekend, that could throw a massive spanner in the works, if it were dry I would have gone for Bottas to pip his partner, but in the wet, we can't really be sure who will be strong so I'm going for my exact pick from last year, Vettel to bring the car home in first place on Sunday. 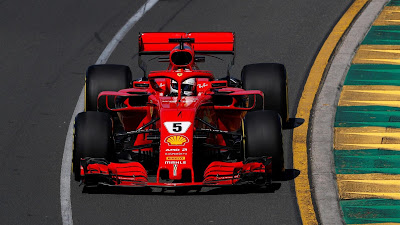