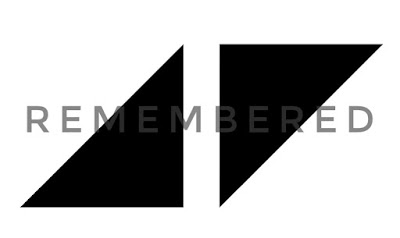 Tim Bergling, better known as Avicii sadly passed away last Friday, he was found dead in his hotel room in Muscat, Oman. He was just 28 years old and had already accomplished so much in his short time on earth. The Swedish producer come DJ was a cult legend in the EDM world, he was fearless, bold and always pushed the boundaries in an industry where many chose to be comfortable in a set style they had. My first recollection of his music came in 2010, back when people still watched MTV, they had a Dance Floor Chart every Friday night, I used to watch it religiously. While they only featured 10 tracks a week, it was the top 10 at the time, and an unknown artist was featured as a new entry, Tim Berg - Seek Bromance. If you think the title of the track was odd, watch the music video and be even more perplexed, but back then all music videos were a bit weird but the music was ace. It was a time where EDM was just known as Dance music and there was no division over genre's. This track was epic though, something that was different to what everyone else was making, a new sound, a great beat which was catchy and hence got him quite high up the charts very quickly


In 2011 the world was introduced to Avicii, Tim at the time had many stage names but this one seemed to have stuck and with it he released possibly one of his greatest tracks ever. He himself knew he had a brilliant creation but I don't think he could have fathomed how much of an impact that song would have had worldwide, the song was Levels. That song elevated him into instant stardom, he was 22 years old and already getting bookings all over the world. He toured South Africa in March of 2012 and I was very fortunate to have seen him play live, in his prime at the Wavehouse in Gateway. He played Levels 3 times that night but I don't think anyone cared, he had us going and we were loving it. I was slightly disappointed that he didn't play his New Generation Mix of Nadia Ali's hit track, Rapture at the show. It was also released about the same time as Levels and still to this day I rate as one of the best remixed tracks made.

Avicii's tour to South Africa came a week just after he killed Ultra Miami in 2012, if anything was an indication of how big these Swedish talent was, it was that festival. At the time he collaborated with some of the biggest names in music, let a lone electronic music. He had made songs with Lenny Kravitz, Alesso, Nicky Romero and even Madonna! He got Madonna to Ultra Miami in 2012. The production team behind the event said it was the biggest star they've had at the festival and I'm sure still is that way. While his track with Madonna "Girl Gone Wild" was pretty epic, his track with Lenny Kravitz, "Super Love" was everything at the time and even featured on the Ultra Miami Aftermovie.


Many lauded his bold approach at trying new things with his music. As mentioned, he didn't conform himself to one set style, while his music was easily identifiable he always liked to mix around with other genre's and see how he could adapt that to his music. Hence in 2013 at Ultra Miami, he shocked the whole EDM world, when his set began with an unplugged version of "Wake Me Up", the crowd was left a bit dumbfounded, as this was the first time we've heard the track and it wasn't anything remotely close to dance music. It was more Country Western, I still recall listening to the podcast and wondered if someone was playing a prank and uploaded something from Tim McGraw. I loath country music so for me, that set was a write-off. I thought to myself, how can someone blow peoples minds the one year, then go and do that the next year? Many felt the same but slowly as the year went on, people realised there was a deeper meaning to his music. I still wasn't a fan though.

Over the next few years, he spent a lot of time touring, while still working on new music. His music hit a high commercial level where almost every radio station was playing it, more so than clubs. Had he succumbed to the commercial Devil? Whereby he made music just for the airplay and money instead of making it for the sheer joy and enjoyment? It's a bit of a harsh comment, I know but it sure felt that way but it wasn't. If you just have a look at all the music he made, it followed a pattern and this was just one of the phases of that pattern. Slowly in 2017 a new sound was transitioning from him, when he released the track "Without You", I heard it on a podcast from another famous DJ, I instantly took a liking to it, it came as a nice surprise to see Avicii on the artist profile. Maybe it's just from my age, that the maturity of the song appealed to me but I was very happy to have Avicii back on my playlist.

One of his last song's he made that still features on my play list is a collaboration he did with Rita Ora, again just shows you the pull he had with working from artists outside the EDM sphere. It was more Pop than EDM but again, it had the unmistakable Avicii signature to it, you could feel that he was onto something great. His management have come out and said that there was an album he was working on, which was almost complete, so lets hope they somehow get to finish it and let the world celebrate his last achievement. Thank you Avicii, for your music and your legacy that you leave behind.