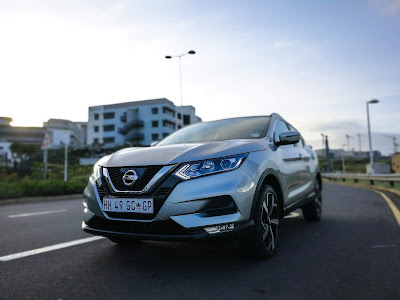 When it comes to Japanese cars, the one thing that screams out is reliability, but over the years that's the only thing that that it sort of stood for but each brand set to abolish this myth by creating at least one car that would capture even the purist motorist, Nissan undoubtedly created a car in which it's legacy lives on till today in the GTR, the car has legendary status amongst petrol heads world over and has earned respect from even the toughest critic. The latest derivative, the R35 still torments supercars with its brute power and limitless modifications that could be made to it to tame the best that Europe has to offer, it is with that history I welcome the latest brand to offer their vehicles for review to the blog, Nissan South Africa. 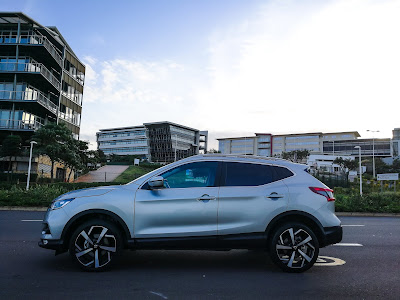 First up, the all new Nissan Qashqai, with the compact SUV market in SA being one of the fastest growing sectors in the industry, the Qashqai has done relatively well in terms of sales from it's first generation in the early 2000's and while Nissan's design cues were quirky, the overall vehicle still was worth every cent of purchase. It gave the consumer what they wanted, comfort, a higher ride height, lots of space and a good range of engines which were light on fuel and easy to maintain. Fast forward to 2018 and much of it remains the same, as they say, if it ain't broke don't fix it but they have done some cool things to make it a bit more enjoyable for the end user as I found out in my week with the all new Nissan Qashqai 1.5 dCI Acenta. 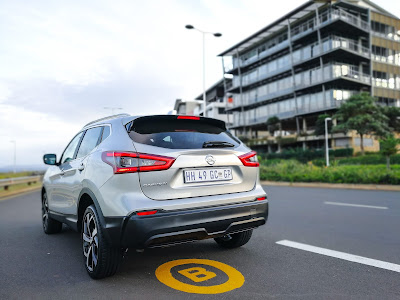 As mentioned, the first Qashqai's design was quite quirky, almost looked like a Pokemon Ball, but then again they did have that horrid Micra back then as well but this current generation Qashqai is very easy on the eye. The level of detail on the exterior had me very impressed, with the lovely contrasts, the smooth lines, bits of chrome, it's large 19" dual tone rims and those arrowed LED day time running lights in front which point inwards towards the shiny Nissan badge, almost as if to tell others, "see, I'm a Nissan". The ride height has been lifted just a bit to give it a more SUV look, the curves on the car make it look sleek and agile and it's overall stance just is very nice to look at. On the inside, everything was well laid out, from the front to the back, good materials used on the interior also helps give it that luxury look and feel. 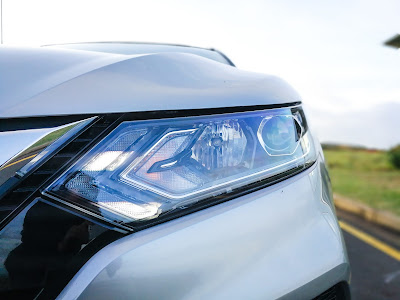 For me, I couldn't stop raving about that engine, with the EU C02 emissions being a big thing we're going to be seeing a lot more of these smaller engines coming in our cars. Many said to me a 1.5 surely wont be substantial for a car of this size, then I'd take them for a spin and ask for their opinion after that, they were just as astounded as I was when I first drove it. While the motor pushes out just over 80kW, it still is mighty punchy with that torque helping you off the line and still hangs around for the tough bits like going up hills and around sharp corners. I got the manual transmission which after driving autos for a few weeks did need a small adjustment from myself. The first real drive I took the Qashqai on was through 1 hour and 35 minutes, bumper to bumper traffic for 5km. Now in horror traffic like that, the last gearbox you would want is a manual as your left leg would be working overtime on that clutch. Thankfully the Qashqai comes standard with an electronic hand brake with auto hold which did relieve the discomfort a bit. Steering, really good on the vehicle, with a sharp turning circle, the sporty D shape wheel does make navigating the Qashqai quite fun. The claim fuel consumption is 4.2L per 100km, which I oddly enough got quite close to, this  car sips fuel, I honestly think I could have gotten over 1000km on a tank, it was that light! 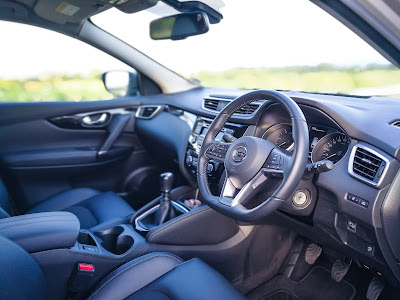 Being a smaller brother to the X-Trail, the Qashqai still has some good room for 5 adults, and this was put to the test a few times, heck I even chucked 4 at the back once! The front passengers have the option of heated or cooling seats which was a nice added bonus and the dual climate control aircon is always a winner to avoid fighting with the missus. The seats were not full leather, then again most seats which offer cooling are a mix but I must say there were bloody comfortable! The beauty with cars like this has to be the luggage compartment, while the Qashqau's boot space is quite generous, dropping the rear seats does give you enough room to load just about anything in the back. 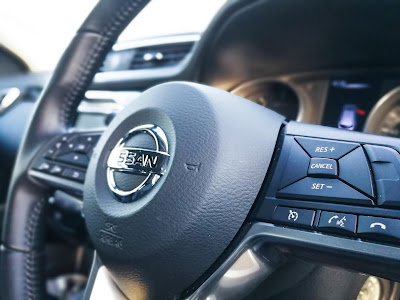 Nissan say this new Qashqai is "City Proof", many might be asking what the hell does that mean? I know I asked the same question but I soon found out. The car features NIM, Nissan Intelligent Mobility, which they say is next level technology to warm you of your surroundings. Well it might not be something new to drivers of the more luxury European cars, but for it being in a car like the Qashqai is pretty impressive. Basically its a monitoring  system which warns you of any dangers while you're driving, so if the car in front of you all of a sudden jams his breaks, and in some instances will break for you, blind spot warning, and so on. My car didn't come with the fancy LCD screen which gave you a surround view with cameras but you can get it as an optional extra. It comes with most of the usual bells and whistles, bluetooth audio and telephone, cruise control, multi-function steering wheel and auto off to help you save even more fuel. 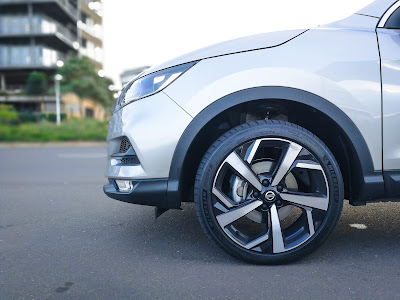 Overall, I simply cannot fault this car, okay if I have to be picky, the gear shifter is oddly higher than normal but seriously it is a great car and while it might still stick to that stigma of Japanese cars, it's one that you know you will have piece of mind with. I'd hate to say who this car is ideal for because it could be perfect for anyone, a family, an adventurer, a normal person with a 9-5 who spends most of his time in traffic. It's a great versatile option and with the ever increasing fuel price, this is a delight to many as you won't have to visit the fueling station that often. I would have loved to have had the full tech pack with the screen just to see what is available on there but if you're looking for something that's plain and simple and that looks good, and most importantly well priced, this is your car.