It's the last day of August so why not end it off with a bang? That's our philosophy and hence we bring you the Bucket Babe today. Our featured model for the month of August is quite a mover and shaker in Durban's social scene. Apart from being an influential personality, she also has her own radio show, dabbles in modeling and writes for our good friends at SA Bloggers. 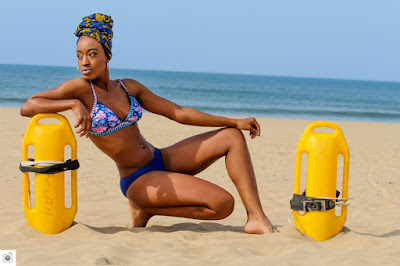 Dzifa Azumah also known as Jeef Keef is an outgoing, energetic and vibrant soul with a keen eye of what is relevant from music to Fashion. Considering herself as a Maven in the making, Dzifa believes through hard-work, determination but most importantly perseverance that she will be a force to be reckoned with in the entertainment industry. Known within Durban's "Cool Kids" social scenery, 'The Coolest Keef in the City' has lived up to the name and has surely mingled with influential people within our generation and continues to live up to that.

With the various jobs Dzifa has done from backup dancing for: 'Thina Sobabile' singer Thabisile and daughter of the late Lucky Dube, songstress Bongi Dube back in her youthful years. This was the beginning of Jeef Keef showcasing her various talents as she dabbled into the dance world and even began her own dance crew called Hot-Steppers. With a deep flare under her skin, her group entered dance competitions such as Step up or Step out and even went as far as knock out rounds. 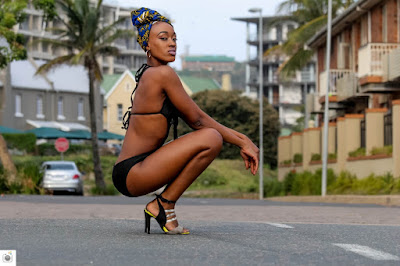 But her love for being in front of the camera also played a vital role within her career making decisions. She had the amazing opportunity of making the cover of an online magazine called Ziyaw'eDurban online entertainment magazine's 3rd issue which led to aspiring modeling gigs.

Moving on to the other pastures, Jeef Keef later realised her true passion was being behind the mic and event-coordination. She started and hosting her own event called Xbox and Beerpong with Cultured Chaos and quickly ventured into the Hosting/MC scenery which enabled her to MC various gigs such as the: Nihamba Nibamba Tour, Skeem Sami Tour, Sisters with Soul alongside Nicole Nyaba and Mandy Junior, The Secret Circle, Rundbn A team launch at 47th Avenue Phantom Friday's, Trap Out Thursday (TOT) and the latest being Durban Legend - DJ Dust's Birthday Party at Unique Lifestyle.

A true jack of all trades, Jeef Keef also works for one of the coolest stations in Durban called Durban Youth Radio (DYR) and hosts her own show called Another Level but not only that, Jeef Keef does musical features for SA Bloggers which are in partnership with Universal Music. The list is endless when it come to this witty female as we can expect a lot from her in 2018. So watch this space!

Makeup was done by @elesiazumah
Photography by @oliverscreativity
Posted by Amith at 10:07 PM