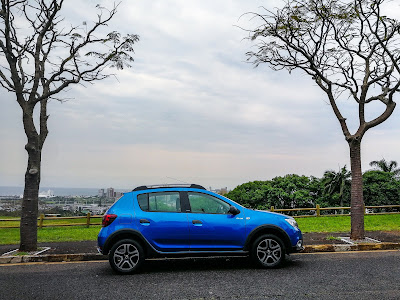 First and foremost before I get this blog going, I'd like to thank Renault South Africa for giving me the opportunity to drive and review their vehicles. Renault have been my favourite French motoring brand, mostly due to their Formula One affiliation and of course their outrageous designs. As always, when you're new you got to start from the bottom and work your way up and quite appropriately I'm doing that with Renault with the first car from them on test being the Sandero, not just any Sandero though, the Stepway Plus. The Sandero was introduced to the market as a budget hatch back and it did rather well in sales locally, later on Renault released a cross-over version of the Sandero, the Stepway and with the market shifting trends to cross-over lifestyle vehicles, the consumer also took quite fondly to this. Now in it's second generation, the Renault Stepway has a lot to offer even if it's still regarded as a budget cross-over. 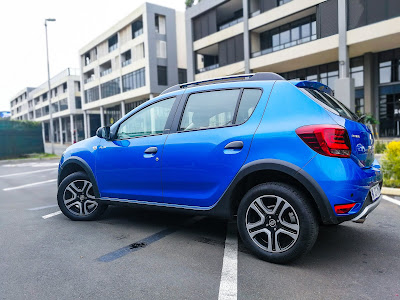 The design of the Sandero Stepway is based on the Sandero hatch, Renault have given it a higher ground clearance, some rugged cosmetic features like roof rails, durable plastic wheel arches in black and front and rear skid panels with chrome accents to add character and presence to the car. Overall it's a very visually appealing package and it comes in a great array of colours, the one I had was in Azurite Blue. The car also came fitted with 16" 2 tone Flex wheels which also feature on the bigger Renault Duster. Part of Renault's new design language is the prominent daytime running LED lights up front and the Stepway plus has them as well, giving you that border illumination on the sides of the front headlamps, the rest of the lights tie up into the central grille with the prominent Renault badge in the center. Moving inside the car, everything is well laid out and while this is meant to be budget priced, the interior doesn't really look like it. 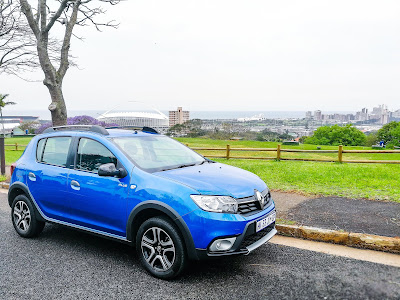 I got into this car not knowing much about it, and thought it was a decent ride the engine felt small but sufficient, I knew it was turbo powered but I didn't realise until I checked that it was a 0.9L engine. Yup, that did surprise me! The motor delivers 135Nm of torque and 66kW which is great performance for a vehicle of this size. Let's face it, people who are going to buy the Sandero Stepway aren't too bothered with performance what will want great economy and that is exactly what this car delivers with a claimed consumption of 5.4L/100km, I managed just over 6L/100km with my time with it, but that was with a mixture of driving styles and trips. At first I thought the 5 speed gearbox may have been limiting but it was quite sufficient for it, with smooth changes and power delivery per gear. The turbo has minimal lag so there isn't that wait for boost like most other turbo powered cars. 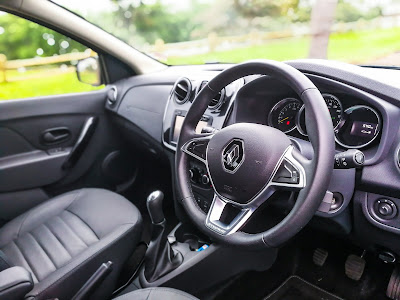 Comfort wise in the Sandero Stepway Plus is not bad, you essentially get what you're paying for. Lots of plastic, the material while durable isn't particular the great but overall comfort is pretty good. I did find the seats to be a tad bit small, something which I've never experienced before but it was manageable. The steering while on the other hand was extremely comfortable, it even felt like a different material was used, something from a higher range of Renaults, perhaps the Clio. It was the perfect size, easy to manoeuvre which also added to the enjoyment of driving the car around town. The car has a aircon system, which is manually adjustable. The cars entertainment system which is a large 7" touch screen system is located on the top part of the dash with its closure finished off in high gloss black. The touch screen is fairly easy to use and features a USB input at the top. 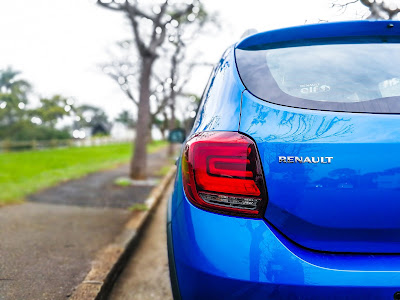 The main factors you got to look at when purchasing a car like the Renault Sandero Stepway is price and how much it's going to cost your pocket when visiting the fuel station and Renault have hit the sweet spot with this one as the price for the Stepway Plus, even though being the range topping model is rather attractive and with it's low fuel economy is a winner in these times. The car is the perfect city roaming car with the added advantage of the raised ground clearance should you want to venture on some gravel terrain. It's an enjoyable ride, has a good interior space and easy configuration to drop the seats should you want to load extra stuff into the boot. Compared to some of it's rivals out there, this may be priced a bit more but also offers a bit more in terms of standard features and I reckon probably looks the best too. 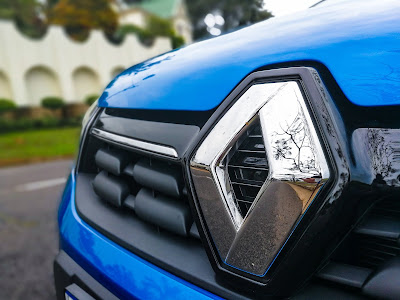